Getting Away With Poker 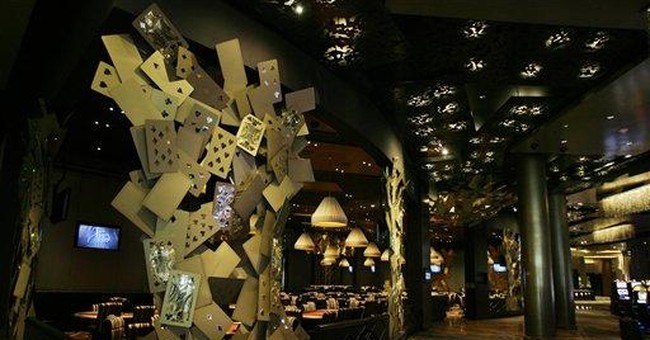 How is helping people play a card game like murder?

At the beginning of last year, Daniel Tzvetkoff, the young Australian entrepreneur who co-founded the online payment processor Intabill in 2007, owned a yacht, 15 luxury cars, a Brisbane nightclub and a Gold Coast mansion. A year later, facing a $43 million lawsuit by a former customer and a $100 million lawsuit by a former partner who accused him of diverting company funds to his own use, he filed for bankruptcy.

But when Tzvetkoff was arrested last week in Las Vegas, his mismanagement of Intabill, which once had more than 5,000 clients worldwide, was not the issue. His crime, according to the U.S. government, was doing precisely what Intabill purported to do: facilitate online payments, including bets by American poker players. His unindicted co-conspirators are the same creditors who are lining up in Brisbane for the money they say Intabill owes them. Viewed as legitimate businesses in the rest of the world, they are treated as criminal enterprises in the U.S., and Tzvetkoff could face life in prison for helping them.

When the U.S. Attorney's Office in Manhattan unsealed Tzvetkoff's indictment on Friday, it was the first time anyone had been publicly charged with violating the Unlawful Internet Gambling Enforcement Act (UIGEA). The UIGEA, enacted in 2006, makes it a federal crime for someone "engaged in the business of betting or wagering" to accept a payment in connection with "unlawful Internet gambling."

Since Tzvetkoff did not run any gambling businesses, he is accused of conspiring with others who do, including the operators of such popular Websites as PokerStars and Full Tilt Poker. The indictment also alleges a conspiracy to violate the Illegal Gambling Business Act.

Based on the same transactions, U.S. Attorney Preet Bharara threw in two money-laundering counts and a bank fraud charge, which alleges that Tzvetkoff misled American financial institutions about where money drawn from their customers' accounts was going. Since the only gain from the alleged fraud was the banks' usual services at their usual rates, this charge seems legally questionable.

When you add together all the maximum sentences -- five years for the gambling conspiracy, 20 years for each money-laundering count and 30 years for bank fraud -- you see that Tzvetkoff faces up to 75 years in prison for the crime of helping Americans play poker. To top it off, Bharara is demanding more than $2 billion in asset forfeiture, representing the four criminal counts multiplied by $543 million, which he says is the total amount of payments the company processed in the U.S., most of which involved gambling.

All this is based on a New York state offense, "promoting gambling in the second degree," that is classified as a misdemeanor and that arguably does not cover poker. Because New York's definition of gambling hinges on the relative roles that skill and chance play in a game, poker may not qualify.

Now that the UIGEA finally has been used in an indictment, it's still not clear that it will be much help to prosecutors. The law could make it somewhat easier to pile charge upon charge, converting the act of helping people play online poker into a crime on the level of first-degree murder. But the Justice Department already had tremendous power to coerce plea agreements from businessmen, such as the founders of Neteller and the CEO of BetOnSports, who were guilty only of providing honest services to eager customers.

What's clear is that the UIGEA, which was supposed to stop online gambling by preventing Americans from placing bets or claiming winnings, has done nothing of the kind. The government can scare companies such as PayPal and Neteller out of the market, and it can prosecute successors such as Tzvetkoff if they're foolish enough to visit the U.S. But because poker prohibitionists cannot impose their will on the entire world, there will always be plenty of alternatives for Americans who dare to defy their government's ridiculous recreational restrictions.