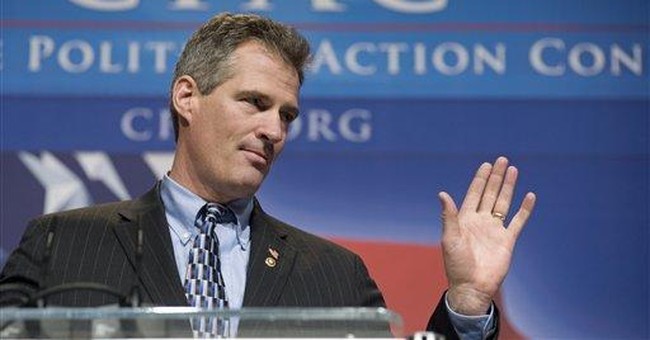 The day before last weekend's Conservative Political Action Conference in Washington, D.C., a group of prominent conservatives gathered a few miles away at the Virginia estate of our first president. Their Mount Vernon Statement swears fealty to a "constitutional conservatism" that "applies the principle of limited government based on the rule of law to every proposal" and "honors the central place of individual liberty in American politics and life." If only they meant it.

Constitutional conservatism certainly sounds better than "compassionate conservatism," which turned out to be code for big-government conservatism. And it was easy to hope, after a CPAC gathering where libertarian Republican Ron Paul won the presidential straw poll and the attendees seemed united in opposing the spendthrift ways of George W. Bush as well as Barack Obama, that the thread of a properly limited federal government could bind the strands of a movement that has been unraveling since the end of the Cold War.

Yet conservatives, like the feckless Republicans who were assailed at CPAC by uber-columnist George Will and Fox phenom Glenn Beck, tend to forget their principles when they hold the reins of power. The most conspicuous signatories of the Mount Vernon Statement include several conservatives who are famous for using the federal government to advance their moral agendas, even when there is no constitutional authority for such crusades.

The document's John Hancock is Ed Meese, who as attorney general during the Reagan administration enthusiastically waged wars on dirty pictures and politically incorrect intoxicants. Whatever you may think about the morality of pornography or drugs, the enumerated powers of the federal government do not include the authority to ban either of them.

When Congress sought to stop people from drinking, it recognized that amending the Constitution was the only legitimate route. Nowadays, it does not hesitate to suppress vice and compel virtue, at best throwing in a boilerplate reference to interstate commerce by way of justification.

Likewise, one searches the Constitution in vain for the power to create a national board of censors charged with regulating the content of TV shows. Yet L. Brent Bozell, the Mount Vernon Statement's seventh signer and main organizer, is the founder of the Parents Television Council, an organization dedicated to manipulating this power, which would be unconstitutional even if the First Amendment did not exist.

The apostles of constitutional conservatism also include Tony Perkins, president of the Family Research Council, and Wendy Wright, president of Concerned Women for America. In addition to supporting the unauthorized wars on drugs, pornography and broadcast indecency, Perkins and Wright both favor national restrictions on abortion, cloning, suicide and gay marriage -- all matters that the Constitution leaves to the states (which are in turn subject to the limits imposed by their constitutions).

My point is not that Perkins and Wright are wrong to think that pornography, abortion and gay marriage should be banned (although I do disagree with those positions). My point is that their avowed commitment to respecting the Constitution cannot be taken seriously if they do not care how they reach those goals.

Justice Clarence Thomas highlighted this problem in his dissent from the 2005 Supreme Court decision that upheld the federal government's authority to arrest patients who possess marijuana for their own medical use. "If Congress can regulate this under the Commerce Clause," he wrote, "then it can regulate virtually anything -- and the federal government is no longer one of limited and enumerated powers."

I do not expect constitutional conservatives to be libertarians. But is it asking too much to expect them to be constitutionalists?