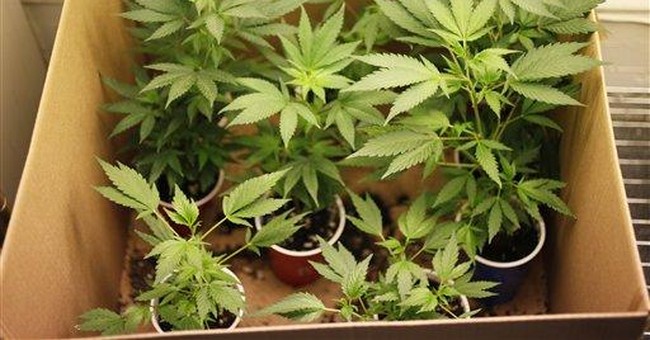 During his presidential campaign, Barack Obama repeatedly promised to stop federal interference with state laws that allow the medical use of marijuana. On Monday, the Justice Department seemed to deliver on that promise with a memo telling U.S. attorneys to avoid prosecuting people who use or provide medical marijuana in compliance with state law.

The new policy sounds a lot better than the Bush administration's refusal to tolerate any deviation from federal law in this area. But because of disagreements about what compliance with state law requires, it may not make much difference in practice.

While campaigning in New Hampshire during the summer of 2007, Obama said "prosecuting and raiding medical marijuana users" is "really not a good use of Justice Department resources." In a March 2008 interview with Oregon's Mail Tribune, he said, "I'm not going to be using Justice Department resources to try to circumvent state laws on this issue."

Two months later, when another Oregon paper, Willamette Week, asked Obama whether he would "stop the DEA's raids on Oregon medical marijuana growers," he replied, "I would, because I think our federal agents have better things to do."

Critics of the war on drugs (and consistent advocates of federalism) were therefore disappointed that DEA raids on medical marijuana providers continued after Obama took office. There were five in January and February, all in California, even as the White House affirmed that "federal resources should not be used to circumvent state laws."

The mixed signals continued. "The policy is to go after those people who violate both federal and state law," Attorney General Eric Holder declared in March. Less than a week later, the DEA raided a dispensary in San Francisco, reportedly because of irregularities associated with the collection of state sales tax (as opposed to violations of state drug laws).

In light of Holder's announcement, a federal judge in Los Angeles delayed the sentencing of Morro Bay dispensary operator Charles Lynch, only to be told by the Justice Department that the case against Lynch was consistent with the new policy. In August, the DEA arrested a medical marijuana patient and grower in Upper Lake, Calif. The DEA also has continued to participate in raids initiated by local officials, hitting two Los Angeles dispensaries in August and 14 San Diego dispensaries last month.

This week's memo, which White House spokesman Robert Gibbs says merely describes what "has been administration policy since the beginning of this administration in January," helps explain these apparent inconsistencies. It tells federal prosecutors in the 14 states that recognize cannabis as a medicine they "should not focus federal resources ... on individuals whose actions are in clear and unambiguous compliance with existing state laws providing for the medical use of marijuana."

In California especially, that phrasing leaves a lot of wiggle room for federal meddling. Last fall, the California Supreme Court rejected the idea that medical marijuana suppliers are legal as long as their customers designate them as "primary caregivers." Patients who are not up to growing marijuana on their own can still organize as "collectives" or "cooperatives," but local officials disagree with state officials and each other about what that means.

Los Angeles County District Attorney Steve Cooley, for example, maintains that state law does not permit over-the-counter sales, which would make virtually all of the 800 or so medical marijuana dispensaries in Los Angeles illegal.

Cooley's position may be welcomed by the DEA and like-minded officials in jurisdictions such as San Diego, but it conflicts with the views of more cannabis-tolerant officials in places such as Oakland and San Francisco. It also contradicts guidelines issued last year by California Attorney General Jerry Brown, who says patient collectives may charge for marijuana, as long as they do not take in more revenue than is necessary to cover their overhead and operating expenses.

Until the law is clarified by the courts or the legislature, the federal government will have plenty of opportunities to continue interfering with the distribution of medical marijuana.