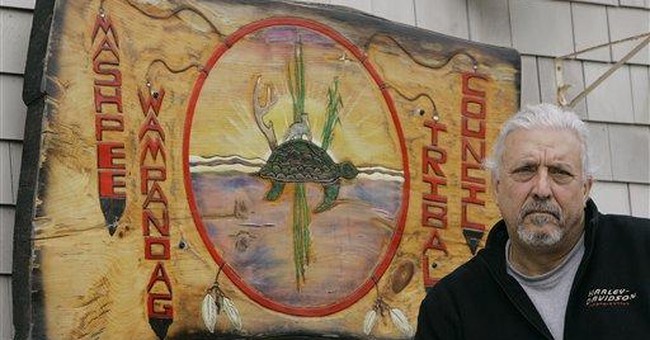 "When the government of the United States of America claims the authority to ban books because of their political speech," says Citizens United, " something has gone terribly wrong." A majority of the U.S. Supreme Court seems to agree.

Next week, for the second time, the court will hear oral arguments in Citizens United v. FEC, a case that poses the question of whether the Federal Election Commission violated the First Amendment when it prevented the conservative group from showing a highly critical documentary about Hillary Clinton on cable TV during the 2008 primary season. The court scheduled the unusual second round of arguments after it heard the lengths to which the federal government had been driven in defending its suppression of "Hillary: The Movie."

Among other things, Deputy Solicitor General Malcolm Stewart claimed last March that nothing in the Constitution prevents Congress from extending its ban on "electioneering communications" -- the FEC's justification for blocking the anti-Clinton film -- to print or the Internet. This time around, the Supreme Court will consider whether the ban should be scrapped altogether, along with its dubious constitutional rationale: the notion that the government has a legitimate interest in regulating the marketplace of ideas to prevent some speakers from gaining an unfair advantage over others.

The Bipartisan Campaign Reform Act of 2002 prohibited labor unions and corporations, including nonprofit interest groups, from airing TV or radio messages that mention a candidate for federal office close to an election. Although the Supreme Court later narrowed the definition of forbidden messages, the experience of Citizens United shows that activists still must beg the FEC's permission to speak or risk fines and imprisonment.

When it upheld the ban on electioneering communications in 2003, the Court relied on a 1990 decision in which it had approved Michigan's ban on independent campaign expenditures by corporations. The 1990 ruling said such laws are a legitimate attempt to "counterbalance" the "corrosive and distorting effects of immense aggregations of wealth that are accumulated with the help of the corporate form and that have little or no correlation to the public's support for the corporation's political ideas."

Applied to nonprofit organizations such as Gun Owners of America, the American Civil Liberties Union, the National Right to Life Committee or the Sierra Club, this description makes little sense. As Citizens United notes, "It certainly is not the case that most for-profit corporations -- let alone, most nonprofit corporations, such as the Michigan State Chamber of Commerce and Citizens United -- possess treasuries laden with 'immense aggregations of wealth.'"

Furthermore, if the problem is that wealth gives some speakers an unfair advantage, rich individuals also should be prevented from using their money to express themselves. Yet the Supreme Court has said the First Amendment bars not only direct restrictions on individual campaign spending but even relaxed donation limits for politicians facing rich opponents.

And speaking of unfair advantages, it hardly seems fair that a talking head on the Fox News Channel (or a columnist for The New York Times) has much more influence on the political debate than the average citizen. Yet the ban on electioneering communications does not apply to "a news story, commentary, or editorial" distributed by a recognized media outlet, and the Supreme Court never would approve one that did.

The attempt to control "the corrosive and distorting effects" of speech by wealthy corporations therefore has a perverse impact. "While multimillionaires and media corporations are free to exercise their First Amendment right to devote unlimited funds to independent expenditures," Citizens United notes, "individuals of modest means are barred by state and federal prohibitions on corporate independent expenditures from pooling their resources to fund the political speech of ideologically oriented nonprofit corporations."

The government cannot create a pure, balanced, undistorted political debate; all it can do is introduce new distortions. And as bad as distortions caused by wealth (or visibility or good looks or charisma) might seem, distortions imposed by force are worse, which is why the Constitution forbids them.

Matt Vespa
Police Investigating Mother's Day Assault on Military Vet Who was Called ‘White B*tch’ in Parking Lot
Landon Mion
Colonial Pipeline Is Back, But Something Happened to the Hackers Who It Shut Down...Is It True?
Matt Vespa