Fear: How to Overcome It

Jack Kerwick
|
Posted: Jul 18, 2020 12:01 AM
Share   Tweet
The opinions expressed by columnists are their own and do not necessarily represent the views of Townhall.com. 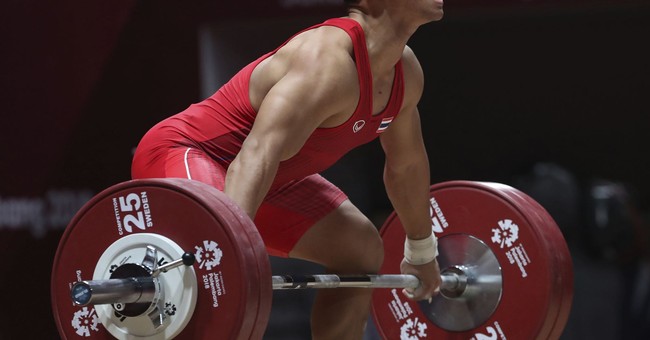 The very word can be difficult, if not impossible, to utter for those who are possessed by this emotion.

Yet the Government-Media-Complex (GMC) knows all too well that fear, the citizenry’s fear, is the butter to its bread.  The GMC needs to foment fear if its agents—opportunistic politicians, (so-called) “journalists,” pundits, and bureaucrats—are to flourish.

The GMC needs to stoke fear in order to advance its material and ideological interests:

The half-dozen or so corporations that control the creation and dissemination of “the news” reap billions of dollars in ratings and circulation;

Politicians, to whom the fearful turn for relief from the very fears that these politicians ignited in the first place, elicit votes and electoral gains for their respective parties;

The bureaucrats who these politicians appointed secure their careers while making the Deep State that much more intractable.

And the GMC, as it enriches and empowers itself, does so at the expense of impoverishing and disempowering citizens.

That fear is the engine powering the Matrix, the Un-Reality, created by the GMC is gotten by the fact that the coin of the realm of our political universe is the same today as it has been for the last few centuries in the Western world since the rise of nation-states from the ashes of medieval feudalism: crisis.

In 2020, and in America specifically, the GMC, with its Internment over a virus with a .1% fatality rate and meticulously organized, generously funded demonstrations and riots over “police brutality” and “systemic racism,” seems to have perfected this style of politics.

This Politics of Crisis, we must grasp, relies upon creating and strengthening fear in the populace.  Hence, the GMC is…The Fear Machine.

Because fear is the most primal and universal of all emotions, dwelling within all animal and human beings, the source and thread combining all other potentially toxic emotive states—anxiety; panic; depression; despondency; rage; bitterness; distrust; demoralization—it is the emotion that the GMC seeks above all others to exploit.

More specifically, it is largely irrational fear that the GMC seeks to cultivate.

As the Marine veterans who founded and teach the combat art of Warrior Flow at such places as Warriors Way Combatives in New Jersey repeatedly underscore, between fear that is rational and that which is not, there is all of the difference.

In reminding their students of this, they echo the wisdom of the ages, for this is a distinction of which the most insightful and bravest of men have always been aware.

Fear, when it is grounded in reality, when its object is something that should engender fright, is both necessary and desirable. Fear exists to keep us safe.

Most fear, though, particularly for the inhabitants of such technologically sophisticated and affluent societies as the United States, is not rational.  Unique to human beings is that faculty known as the Imagination.  A source of genius, creativity, and liberation from what were once regarded as the bounds of the possible, the Imagination, given its limitless ability to conjure up all manner of cataclysmic scenario can, when insufficiently disciplined, also be the well-spring of terror, of irrational fear.

Now—and this is critical—although the objects of fear produced by the Imagination are just thoughts, images, the fear to which they give rise is all too real.   That the brain can’t distinguish between that which is real and that which isn’t is proven readily enough by consideration of the fact that both pleasant and unpleasant visualizations have the same physiological effects as their real, concrete counterparts.

This is key: As retired USMC Lieutenant-Colonel Al Ridenhour, founder of the aforementioned Warrior Flow and the veteran of 100 combat operations and four tours of duty in Afghanistan and Iraq, stresses repeatedly, the reason that so many people spend years and even decades on the proverbial psychologist’s couch with only minimal results is because the dominant self-help paradigm, with its almost exclusive focus upon the patient’s mind, relies upon the fake ontology of a mind-body dualism.

This, then, means that when the GMC succeeds in cultivating fear within citizens, it assumes control over their entire being.   Conservatives used to scoff at feminists when the latter insisted that “the personal is political.”  Yet if my analysis is correct (and it is), then the feminists knew that of which they spoke—in spite of themselves.

First, recognize all of this.  Recognize the primal character of fear, when it is rational and when it is not, the extent to which and manner in which the GMC seeks to instill fear in us, and, critically, its physiological nature.

Feel your fear the next time you begin to “stress” out.

Second, whether your fears are induced by the GMC or pertain to everyday life, since you know that fear is experienced physically, to find your courage and surmount those fears it is imperative that you resolve them in your body.

It is imperative, in other words, to exercise.

But I’ll go further.  To conquer fear, it is ideal that one should train one’s body in such a way as to accustom it to sustaining some measure of trauma: weightlifting, martial arts—these activities impact your body like few others and which people can continue to partake into old age.

Given present circumstances in society, more conservative Americans are beginning to learn, or relearn, that “personal responsibility” entails the obligation to assume responsibility for their own defense; a look at a combat art may not be a bad idea.