Thanksgiving: A Reminder of God and the World as Gift

Jack Kerwick
|
Posted: Nov 22, 2018 12:01 AM
Share   Tweet
The opinions expressed by columnists are their own and do not necessarily represent the views of Townhall.com. 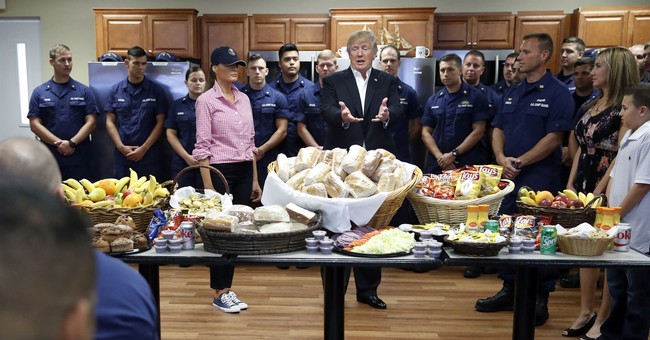 There are several reasons to love this holiday. Most of them pertain to the traditions or rituals associated with it, old familiar customs like watching football, gorging oneself on all sorts of delicious foods, gathering with extended family, etc.

The most important reason, though, for loving Thanksgiving is that it is an occasion for reminding us that there is indeed someone to whom we owe thanks.

In other words, Thanksgiving reminds us of God.

More specifically, Thanksgiving affirms the existence of a personal God, a God who is not just capable of supplying His human creatures with all manner of good things, but who wants to do so.  Thanksgiving affirms the existence of a God who is at once omnipotent and omnibenevolent, unlimited in power and equally unlimited in love.

The God of whom we’re reminded at Thanksgiving isn’t “the God of the Philosophers,” an impersonal, abstract Substance, say. The God to which the notion of giving thanks ineluctably points is the God of traditional monotheism, the Supreme Being Who, from His boundlessly loving essence, created and sustains all other beings.

Interestingly, while the non-religious and the irreligious tend to favor Thanksgiving over, say, Christmas and Easter, the logic of the concept of Thanksgiving implicates a whole worldview that is a resounding repudiation of the atheist-secularist worldview with which it is typically linked in the popular consciousness.

To put it bluntly, Thanksgiving and materialism—the metaphysical position that, ultimately, there is only matter, spiritless, soulless matter—are radically incompatible with one another.

If human beings are fundamentally no different than any and all other bodies in the universe; if they differ only in degree from other combinations of material particles—and this is the inescapable implication of an atheistic view of the cosmos—then, metaphysically speaking, there is zero justification for expressing gratitude for one’s blessings, for in such a world there is no one who bestows blessings and, thus, no blessings.

It is proper to give thanks for all of the good things in one’s life only if there is a person—or, from this Christian’s perspective, three Persons—who gave them and to whom the gratitude belongs.

There is, though, another reason, implicit in the recognition of God, to savor Thanksgiving. This holiday underscores the virtue of gratitude.

Brother David Steindl-Rast, a 20th century Roman Catholic cleric, is the author of Gratefulness is the Heart of Prayer: An Approach to Life in Fullness (1984).  Not only has this book been commercially successful.  It is intellectually and spiritually powerful as well. Its title says it all: Gratitude, Steindl-Rast contends, is the key to a full, flourishing human existence.

According to the author, “surprise” or “wonder” is both inseparable from gratitude and its precondition.

Surprise occurs when we stop taking things for granted and look at them anew.  Steindl-Rast offers several illustrations, but he selects as a common source of surprise the phenomenon of rainbows.  The latter we’ve seen several times in the past.  While their occurrence is predictable, they nevertheless tend to catch many of us by surprise.  Most of us find it difficult not to stare in awe, in wonder, at rainbows when we see them.   Why?  Steindl-Rast’s reply is to the point:

Such things as rainbows arrest our attention. They fix our glaze. We discern in them meaning, a meaning that at once transcends the world and infuses it. This meaning seems to have been revealed in those moments of surprise. It is this sense that something has been revealed to us, shared with us, that provokes within us a radical shift in self-perception.  This reorientation is emancipatory, for it liberates us from the delusion of absolute self-sufficiency to awaken us to our contingency, our dependence as…recipients of gifts.

The only appropriate response—and in moments of surprise, it is irresistible—is one of gratitude.

“The degree to which we are awake to this truth,” he adds, “is the measure of our gratefulness.”

The holiday of Thanksgiving can be enlightening, awakening, in that it permits us to see the world as it is, as Gift.  This, in turn, awakens us to the reality of the Gift Giver, God, and, hence, to our true selves as receivers of gifts. Within this worldview, a worldview centered in the giving and receiving of the world as Gift, humans discover a bond that unites them with one another and with the Ground of all Reality.  This bond “that unites giver and receiver…is gratitude.”

Everyday should be a day to give thanks.  But the holiday of Thanksgiving can serve as a springboard for us to embrace this worldview, the view of the world implicated by the concept and practice of Thanksgiving.  After all, as Steindl-Rast reminds us:

“The greatest gift one can give is thanksgiving.   In giving gifts, we give what we can spare, but in giving thanks we give ourselves.”