Jesus and the Gospel: Not of This (Politically Correct) World

Jack Kerwick
|
Posted: Dec 28, 2017 8:43 AM
Share   Tweet
The opinions expressed by columnists are their own and do not necessarily represent the views of Townhall.com. 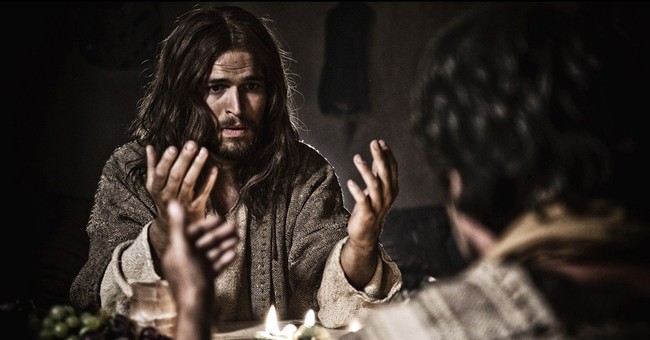 During this Christmas season, when the image of the Christ-Child is more visible than it is at any other time during the year, Christians would be well-served to come to terms, perhaps for the first time, with their Lord as He is actually revealed in the Bible—as opposed to the 21st century liberal, Politically Correct sentimentalist fiction preached from most church pulpits.

It is at once tragic and scandalous that the contemporary Christian church, in both its Catholic and Protestant varieties, regularly forgets its obligation to reject worldliness.  Far too many of its leaders are “of the world.”

To be of the world is to affirm the Zeitgeist, the Spirit of the Times. Those who are “with the times” may or may not be filled with conviction, but they can be counted upon to accept unquestionably the PC dogmas of the present generation.

First, in its fear of incurring the wrath of its self-appointed guardians, the church leadership has twisted the Gospel in order to accommodate PC’s elevation of Diversity, Equality, and Inclusion over all other values.  After all, to defy this Creed, or to be merely suspected of defying it, is to convict oneself of bigotry—“racism,” “sexism,” “classism,” “ethnocentrism,” “homophobia,” “transphobia,” “Islamophobia,” and any and every other “ism” and “phobia” in PC’s catalogue of unpardonable transgressions.

The Gospel’s is now peddled as a message of Inclusion.

Now, it’s true, of course, that Christ extends His offer of Salvation to everyone who will but avail themselves of it.  In this sense, the Good News most certainly and literally is inclusive. However, it is no less true, no less Biblical, that there is another respect in which the Gospel is certainly, literally exclusive:

Anyone who refuses to accept Christ’s saving grace will be excluded from His gift of eternal life.

Jesus declared Himself the Way, the Truth, and the Life.  He is the Gate through which all who wish to enter Heaven must pass.

This means that all non-Christians must, at some juncture (whether in this world or a Purgatory-style state), embrace Christ as Lord and Savior if they aspire to live forever with Him.  They must become Christians if they want eternity.

God’s invitation to Heaven is inclusive.  Heaven itself will be exclusive.

Jesus is the Incarnation of God, the Second Person of the Blessed Trinity made flesh.  Since God is Love, so too is Christ.  This much the Church continues to affirm.  But it equates God with a one-dimensional, a worldly, feel-good, mushy-minded sentimentalist conception of what it calls “love.”

From this perspective, Christ is never angry. He is unconditionally forgiving, forgiving the worst of the worst even when they don’t ask for it.  He is non-judgmental.  The Jesus that is preached from many a pulpit spent His ministry talking about nothing other than tolerance, inclusion, and, of course, equality.  To judge from the average sermon, Jesus was (and remains) fundamentally no different than the 21st liberal cleric delivering it.

The Jesus spun from the imaginations of today’s left-leaning ministers is as worldly as are the ministers themselves.  This Jesus is of the world, and the world from which he derives his identity is the present world, the world of PC that liberal theologians, scholars, and clerics are committed to reinforcing.

Implicitly, the current church promotes a version of Marcionism, the old Christian heresy that the Old and New Testaments affirm different Gods: the God of the Jews, of the Old Testament, is a God of wrath, an inferior being to Christ, the all-merciful God of the New Testament.

In reality, however, Jesus of Nazareth is one and the same God that flooded the Earth, destroying every man, woman, and child other than Noah and his family.

The Lamb of God, Jesus, is the same God who, repeatedly, either directly or indirectly brought about the deaths of scores of human beings (as well as their animals).

Jesus is the same God who proclaims His utter hatred for, not just some abstraction called evil, but evil doers.  Yes, God hates those with “haughty eyes, a lying tongue, and hands that shed innocent blood [.]” He hates the person with “a heart that devises wicked plans” and “feet that make haste to run to evil [.]” God hates “a false witness who breathes out lies, and one who sows discord among brothers” (Proverbs 6:17-19).

Jesus is the same God who, in the New Testament, frequently promises to unleash horrific, agonizing violence upon the unbelieving—non-Christians—when He returns on the clouds of glory.

In summary, the Christ-God of the Bible is not only a “nice guy,” let alone a guy with whom the PC clerics who preach in His name would care to be associated.  In being linked in any way to Jesus, such clerics know that their fellow travelers, the guardians of the secular, respectable world, would brand them as “hate mongers”—and worse.

The Christ of the Bible, the Christ of faith, is most definitely not a person of our (Politically Correct) world.