Jack Kerwick
|
Posted: Mar 04, 2017 12:01 AM
Share   Tweet
The opinions expressed by columnists are their own and do not necessarily represent the views of Townhall.com. 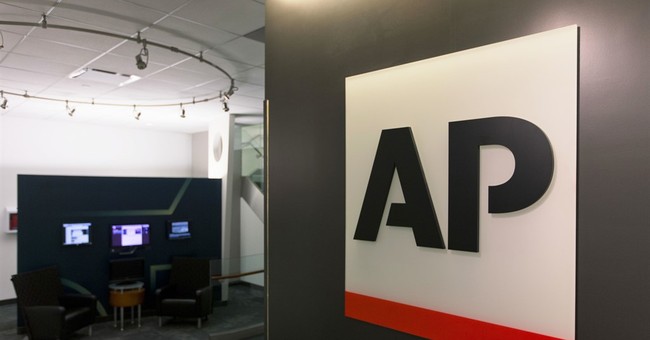 A friend and colleague—a Democrat—sent me a text the other night.  The resignation of General Flynn and the recusal of Jeff Sessions from an investigation into alleged connections between President Trump and “the Russians,” he wrote, are “huge victories for journalism.”

First, it is highly debatable whether, on the merits of the case, Flynn even should have resigned. Following Flynn’s resignation, Trump himself announced unabashedly to the press that, in his judgment, the distinguished general did nothing wrong in assuring those inside the Russian government that the 11th hour sanctions that President Obama imposed would soon be relaxed.

In fact, it seemed to Trump (and others) that Flynn actually did his job in trying to ease, rather than exacerbate, tensions with the world’s second most heavily armed nuclear power.

He accepted Flynn’s resignation, however, because the general failed to disclose to Mike Pence that he had this conversation.

Though the failing Democrat Party salivates over the prospect of people thinking otherwise, there was no scandal here.

Secondly, Sessions’ recusal is neither here nor there. While a member of the Armed Forces Committee, Sessions spoke to over 20 foreign ambassadors. One of them was from Russia.  When he was initially asked as to whether, as a proxy for the Trump campaign, he corresponded with anyone from Russia, Sessions answered that he had not. As far as anyone can determine at this moment, this was a perfectly honest answer.

Sessions is now acting honorably in recusing himself from an investigation into the alleged (and phony) Russian connection. The optics would be dubious and, doubtless, Sessions wants to avoid tainting the verdict that will surely align with what most of us have known all along: the Democrats have been blowing smoke.

Still, suppose that “journalists” had unveiled real scandals. Suppose, let’s say, that they blew the lid off of something so huge that it drove Trump from the White House for good.  Would this prove, as my colleague thinks, that journalism—objective, impartial, hard-hitting journalism—is alive and well?

It would prove no such thing.

There are three distinct considerations that can all too easily become conflated: (a) the benefit of government transparency; (b) the distribution of this benefit; and (c) the motives of those distributing the benefit. Let’s consider each of these in turn.

First, make no mistakes about it, the freedom that the press enjoys, a freedom granted by the Constitution, is not some abstract, universal absolute but a culturally-specific artifact. Existing as it does for the sake of informing the citizenry and functioning as a check on government power, it is essential to the liberty of the self-governing members of a Republic.

This being said, whether it is President Trump’s government or that of anyone else, it indeed benefits Americans to know that they are being deceived. It is a good thing, in other words, for there to exist, if not an outright adversarial relationship between government and the media, then at least a methodological skepticism on the part of the latter toward the former.

As of now, the media, meaning the liberal or leftist press, is meticulously scrutinizing the Trump administration.

Second, while government transparency is a benefit, and while it remains a benefit irrespectively of how it is distributed, the fact remains that the same press that is salivating over the prospect of ousting Trump was—as my colleague, to his credit, concedes—“complacent” during President Obama’s eight years in office.

Actually, as I replied to my colleague, those in the press were obsequious during Obama’s reign.

And this is how the journalists who my colleague now praises typically conduct themselves toward their fellow Democrats generally.

This brings us to our next point.

Journalists who now style themselves watchdogs have given the public no reason to think that they are motivated by anything other than partisan considerations.  Their aim is not to inform citizens of corruption or potential corruption in government.  Rather, their aim is to convince the public, by hook or by crook, that there is corruption in the Republican Party generally and President Trump’s administration in particular.

It is crucial to recognize that even if the news that they report isn’t fake, because of their ideological and other motivations that lead them to arbitrarily distribute the benefit of government transparency, they are fake journalists.

That this is so can be gotten easily enough from an analogy.

Imagine a teacher who awards an A only to some of those of his students who deserve it.  This teacher, let’s suppose, withholds the A from those students whose politics he dislikes, or who he dislikes for personal reasons.  Now, there is nothing objectionable about the grade of an A, and it is desirable and just that those who earn it receive their A.

But a teacher who arbitrarily distributes A’s we would agree is not a good or honest teacher, but a bad and dishonest one.

Or imagine a ruler who punishes some of those of his subjects who commit horrible crimes, but only if the offenders belong to another class, race, or party than that of his own.  The criminals deserve to be punished and the ruler acts justly in giving them what they deserve.  Justice is a good.  Yet if this ruler refuses to distribute justice fairly; if he refuses to punish his own because they are his own, we would not judge him to be a good or honest ruler.

We would judge him to be a bad and dishonest ruler.

For most of the history of our civilization, Westerners recognized a link between goodness and reality.  In many contexts, we continue to assume it.  For example, a real man, as we say, is a good man.  Conversely, a bad man is not a real man.

Similarly, a bad journalist—one who is driven not by a love for liberty, professionalism, and fairness, but by partisanship—is not a real journalist.

He or she is a fake journalist.

He or she is a bad journalist.