The Political Correctness of Bernie Sanders vs. Real Morality

Jack Kerwick
|
Posted: Apr 29, 2016 9:43 AM
Share   Tweet
The opinions expressed by columnists are their own and do not necessarily represent the views of Townhall.com. 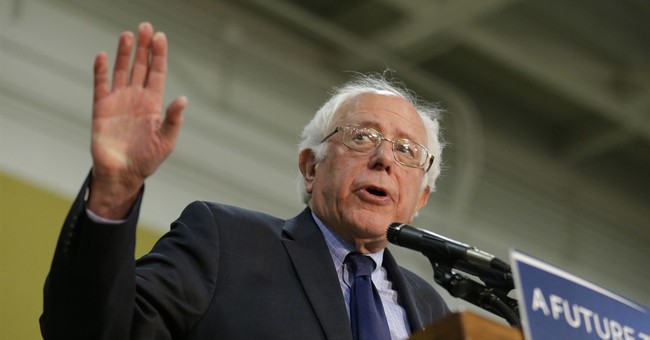 That a senator from Vermont, a 74 year-old man who has spent his professional existence on the taxpayer’s dime and who is a self-avowed “socialist,” has managed to become an exceptionally popular Democratic presidential contestant is troubling enough.

That even many folks who are not his supporters regard Bernie Sanders as somehow more virtuous than his rivals is an especially tragic commentary on this generation.

Yet none of this should be of any surprise, for it has been quite some time since our culture began equating moral righteousness with Political Correctness.

How a person lives his life on a daily basis; how he treats his family, friends, neighbors, colleagues, etc.—none of this is of any moral significance to the self-appointed guardians of the new morality.

All that matters, from this perspective, is that a person subscribes, or at least pays lip service, to PC orthodoxy.

And to judge him by this standard, Sanders may as well be its patron saint.

Saint Bernie knows, for example, that the Orthodoxy forbids an affirmation of all lives, for only “black lives matter.” He also is well aware that resistance to abortion is a function of “sexism,” resistance on the part of bakers to baking wedding cakes for gay couples is “homophobia,” and that those earning more than a couple hundred thousand dollars a year are evil.

Perhaps most importantly, Saint Sanders knows that moral virtue requires support for a robust, activist national government that will deploy its power monopoly to the end of confiscating the legitimately acquired resources of some in order to “redistribute” them to others.

For advocating on behalf of these positions, Sanders—and, by implication, anyone and everyone who agrees with him—has his place among the Virtuous.

Back in the late 1930s, while German Christian theologian and anti-Nazi Dietrich Bonhoeffer sat in a prison cell, he composed his classic book, The Cost of Discipleship. It was within this text that Bonhoeffer described “cheap grace,” i.e. “grace without discipleship, grace without the cross, grace without Jesus Christ.”

Cheap grace is no grace at all.

In contrast, those of us who refuse to give up the genuine article in exchange for the “social respectability” that accompanies this counterfeit know all too well that the former is anything but inexpensive: Real morality is hard. It’s tough.

Some people, like childhood friend of mine Salvatore, or “Ivan” know this better than others.

We met in our neighborhood elementary school in Trenton, New Jersey back in the late ‘70s and had remained good friends until we lost touch some two decades ago. Courtesy of social media, I was able to find out from this child of Sicilian immigrants (who himself didn’t arrive in America until he was four) that in addition to having opened his own restaurant, he was also a single father to a 10 year-old girl—“Gia.”

Gia had just entered the world when doctors whisked her away, for not only was Gia not crying; she wasn’t breathing.

It was hours before anyone—including her parents—discovered that their little girl had been born with an extremely rare disease: Neonatal Myasthenia Gravis (NMG). In fact, the latter is so rare that neither the doctors who delivered her nor those world-class doctors at the Philadelphia hospital to which she was swiftly medivacked had ever seen a case of it.

Gia is fortunate to have survived, for her prospects did not look good. Today, 10 years later, she has what her father describes as “the worst case of Muscular Dystrophy imaginable.” He summarizes her situation: “Gia is essentially an intelligent being trapped in a body that, tragically, simply doesn’t work.”

This little girl, incapable of lifting up her head, arms, and legs, is bound to a wheelchair. Nor can she eat without the assistance of a tube, and because of her inability to control her bowels, Gia must wear diapers.

Yet there are still other issues, like pulmonary disease, chronic respiratory illness, and cardiomyopathy, from which little Gia suffers. Four times daily, professional home care nurses administer to Gia respiratory treatments, including vigorous machine treatments that assist her in coughing, for she lacks the ability to clear her lungs on her own.

In spite of all of her problems (or is it because of them?), by all accounts, Gia is among the sweetest and most thoughtful of human beings. To note just one example, because of her vulnerability to such run-of-the-mill illnesses as the cold, the flu, etc. she not infrequently winds up in intensive care for lengthy periods of time. Yet when her father picks her up, she expresses deep sadness for the other children who can’t go home.

Perhaps she has learned this generosity of spirit from her father, a guy who is as hard working as he is devoted to his daughter. Ivan, however, would insist that it is he who has learned from Gia. In any case, their family, unlike Bernie Sanders and every other PC ideologue, embodies real virtue.

But now—now, in this Age of Obamacare!—Ivan has been denied by his insurance company the coverage for Gia’s medical expenses that it once supplied. A “Get Gia Going” gofundme page exists to assist the Gia and her family in this time of need.

In contrast to the Bernies of the world, those of us who champion real morality know that compassion and generosity can’t be coerced by bullying politicians. It must be chosen.