The Last GOP Debate Before the Iowa Caucus is Over

Jack Kerwick
|
Posted: Jan 15, 2016 12:54 PM
Share   Tweet
The opinions expressed by columnists are their own and do not necessarily represent the views of Townhall.com. 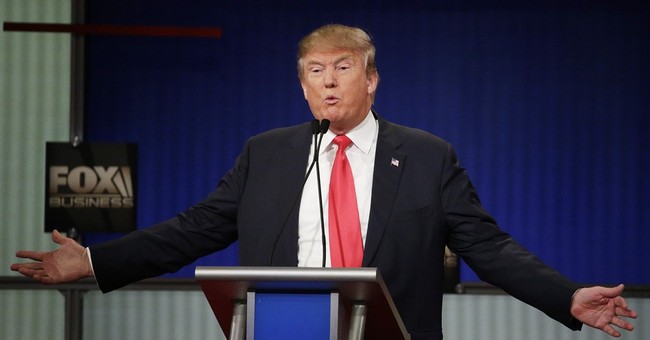 First, Donald Trump was the decisive victor. Only those who either despise Trump or who have some other dog in this race can think otherwise.

Trump is by leaps and bounds the GOP’s presidential frontrunner. For all of the media’s efforts to boost its ratings and/or diminish Trump’s lead, the brute fact of the matter is that as far as national polling is concerned, there may as well not be anyone in second place considering the immense gap separating Trump from his closest competitor (whomever that happens to be at the moment). Thus, as long as Trump can avoid harming himself in any of these debates—a feat that he has so far accomplished with what appears to have been the greatest of ease—he wins.

Yet Fox Business’s most recent debate was different.

The conventional wisdom would have us believe that Trump’s success stems solely from the fact that he didn’t injure himself on the evening of January 14. This reading of events, though, is simply a misreading.

Trump, who, we mustn’t forget, never engaged in any publicly televised political debates until this past summer, revealed just how skilled a debater in this venue he has become. In fact, Trump managed to go toe-to-toe with the Harvard educated Ted Cruz, a widely recognized artist of political debate and one of a small handful of the thousands upon thousands of his students spanning decades who famed law professor Alan Dershowitz identified as his best and brightest.

And Trump bested him.

In fact, Trump bested him twice.

To listen to some post-debate coverage courtesy of some GOP-friendly outlets, one would think that Cruz toppled Trump on the “Birther” issue, i.e. the issue pertaining to whether Cruz is a natural born citizen. Yet nothing of the sort occurred.

Trump referred, quite truthfully, to the fact that there are Constitutional legal scholars who insist that, at the very least, there remains some controversy as to what constitutes a natural born citizen. Hence, if Cruz got his party’s nomination or, as Trump put it, if he was selected to be Trump’s running mate, the Democrats could potentially be able to make a legal case against Cruz. Trump then advised him to obtain a declaratory judgment from the courts before the process continues any further.

Cruz, for his part, had no substantive reply for Trump. Rather, he launched an ad hominem attack against his rival by accusing him of manufacturing a non-issue for purely selfish purposes: Trump is slipping as Cruz rises in Iowa, the Texas senator asserted.

Trump’s counter-reply was even more injurious to Cruz than was his original punch. Trump noted that according to the most recent polling, he was leading Cruz in Iowa.

Note, for the purpose of this analysis, neither questions pertaining to the substance of this exchange nor those regarding the veracity of the interlocutors are relevant. The point is that Trump alluded to facts while Cruz resorted to the politician’s weapon of choice, the old logical fallacy of the ad hominem argument. Moreover, Trump articulated himself passionately, yet firmly, and when he was booed by members of the audience, he used humor to diffuse the hostility and elicit laughter and some applause.

In their second sparring session, Cruz attempted to paint Trump as a “liberal” by referring to his “New York values.” Cruz then proceeded to accurately identify those values as standard Democratic Party boilerplate. But Trump readily, brilliantly, turned this around on Cruz by invoking the imagery of New York on 9/11.

You can bet the bank that Cruz will never again refer to Trump’s “New York values.”

Second, Cruz did much better against Marco Rubio when he exposed his 180 degree turn from Rubio’s position on amnesty for the political opportunism that it is. The very next day after Barack Obama’s reelection in 2012, Rubio was on Sean Hannity’s radio program where both guest and host went on at length trying to convince an already demoralized audience of the need for “comprehensive immigration reform” (That’s right, though Hannity wouldn’t have us know it now, he was every bit as much in favor or providing millions of illegals with “a path to citizenship” as was Rubio, claiming to have “evolved” on this issue).

And then Rubio wasted not a second to join the Gang of Eight to make this happen.

In spite of having exhausted his efforts to persuade the GOP base that his and Charles Schumer’s plan was actually “conservative,” Rubio’s amnesty never materialized.

However, he thinks differently now, Rubio swears, for the world has changed since 2012. After all, now we have people who would love for nothing more than to enter our country and…kill us!

Cruz dispatched with this nonsense without breaking a sweat: There have always been villainous human beings who have wanted to take advantage of our lax immigration laws.

In fact, while Cruz’s takedown was effective as far as it goes, neither he nor anyone else on stage went far enough in taking Rubio to task. Someone should have reminded Rubio that as far back as September 11, 2001, some foreign monsters succeeded in exploiting our immigration policy and murdering nearly 3,000 Americans.

Of course, Rubio got his licks in on Cruz too. But no one seems to have realized that in accusing Cruz of having been just as soft on immigration as Rubio himself while, at the same time, eschewing his (Rubio’s) old ways on immigration, the Florida senator implicitly concedes that he was indeed wrong on having been so soft.

Finally, Trump also bested the GOP Establishment. After Nikki Haley knocked Trump in her response to the SOTU address by identifying him as a voice of anger, Trump expressed gratitude to her for her friendship before happily embracing her remark: I am angry, Trump admitted. I’m angry for America.

In affirming his role as a prophet of anger for millions of Americans whose voices have been neglected, Trump at once further distances himself from the despised Establishment while solidifying his own popularity.

As a footnote, Trump also slapped down Jeb Bush whose patently rehearsed attacks against Trump have become intolerable for their ineffectiveness and silliness. Trump curtly described Bush as “weak,” saying that America can’t afford another “weak president.”

Of course, given Bush’s cataclysmic implosion, Trump knows that he needn’t, and shouldn’t, expend any energy on this woefully uncharismatic politician.