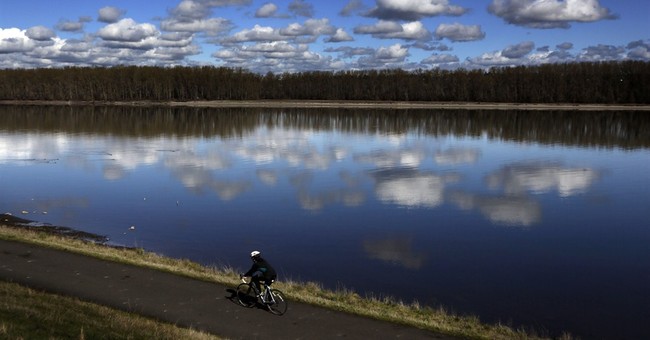 The National Association of Scholars (NAS) is an academic organization devoted to resisting the politicization of higher education that has infected colleges and universities throughout the Western world.

Recently, it released an exhaustive report on but another ideological fetish to have taken academia by storm: the “sustainability” movement.

In “Sustainability: Higher Education’s New Fundamentalism,” authors Peter Wood and Rachelle Peterson caution readers against being misled by the innocuous euphemism of the movement’s moniker. It is by design that the language of “sustainability” invokes in the average person’s mind pleasant associations with responsible stewardship of the “environment.”

But the “sustainability” movement is much more—and much more ominous—than this.

In essence, it “marks out a new and larger ideological territory in which curtailing economic, political, and intellectual liberty is the price that must be paid now to ensure the welfare of future generations.”

What this means is that the proponents of “sustainability” envision as an “alternative to economic liberty…a regime of far-reaching regulation that controls virtually every aspect of energy, industry, personal consumption, waste, food, and transportation.” And their “alternative to political liberty is control vested in agencies and panels run by experts insulated from elections or other expressions of popular will.”

While the NAS report focuses on “the new fundamentalism” of higher education, its authors note from the outset that no one should be deluded into thinking that this phenomenon is confined to the Ivory Tower. This, in fact, is far from the case. “The movement, of course, extends well beyond the college campus. It affects party politics, government bureaucracy, the energy industry, Hollywood, schools, and consumers.”

Still, it is worth turning to the relationship between “sustainability” and higher education, for “the college campus is where the movement gets its voice of authority, and where it molds the views and commands the attention of young people.”

Both intellectually and financially, the harm that the ideology of sustainability has visited upon academia can’t be overestimated.

Intellectually, students have been deprived of the freedom to genuinely think through a topic that, contrary to what “sustainability” zealots would have them believe, deserves to be debated: whole curricula have been restructured to immunize “sustainability” against criticism.

Hence, “sustainability” ideologues have insured that education will give way to indoctrination.

Although its advocates have tried convincing college and university administrators otherwise, “sustainability” has been no less ruinous on the economic front: American institutions of higher learning “spend more than $3.4 billion per year pursuing their dreams of ‘sustainability’ [.]”

Clearly, this harms no one as much as it harms students, for these billions of dollars of expenditures come “at a time when college tuitions are soaring and 7.5 percent of recent college graduates are unemployed and another 46 percent are underemployed.”

At the same time, “sustainability” ideologues in ever-growing numbers are demanding that “colleges and universities divest their holdings in carbon-based energy companies without regard to forgone income or growth in their endowments.”

The relentlessness with which students are brainwashed into accepting the claims of the sustainability movement is rivaled only by the extent to which they are brainwashed.

As a consequence, students are taught to view “the norm for responsible, virtuous human life and political citizenship” in terms of “strict environmentalism, social experimentation, and a managed anti-free-market economic approach [.]”

So, in summary, there are, then, five ways in which the “sustainability” movement is undercutting liberal learning on college campuses.

First, ideologues preempt debate by way of “blatant appeals to authority,” i.e. bogus claims that there is a “consensus” among scientists that favors the position of the true believers.

Second, “sustainability” is now dogma. Hence, it essentially compels both teaching and research to conform to its dictates. Education recedes before indoctrination.

Third, the orthodoxy of “sustainability” requires an aggressive psychological “reprogramming” of students so that they will be always “attuned to the special demands of the ideology.”

Fourth, “sustainability” threatens the traditional ideals of a liberal arts education insofar as it marginalizes, if it doesn’t altogether reject, these ideals. For instance, “many colleges are embracing something called ‘the environmental humanities,’ which pushes aside the traditional humanities curriculum.”

In other words, nothing less than the intellectual and spiritual heritage of Western civilization is threatened by “sustainability.”

Finally, the ideology of “sustainability” encourages students to waste their resources in time and energy engaged in “pointless battles” when they could have been learning how to exercise responsible, meaningful citizenship.

The National Association of Scholars deserves to be commended for their service. This fine organization of academics has made it plain that neither higher learning nor the rest of Western civilization can sustain the “sustainability” movement.
US Marshals: We're Looking to See If the January 6 Defendants Are Being Deliberately Mistreated
Matt Vespa