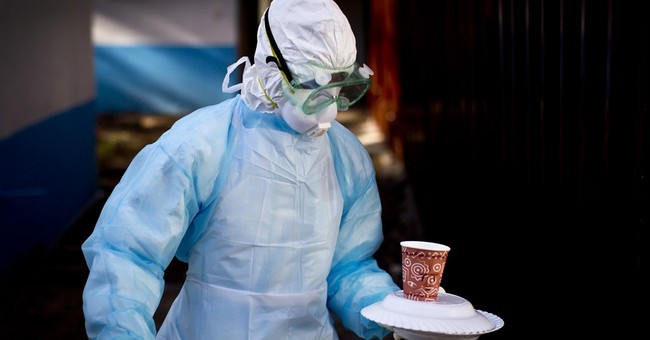 That there is a sensationalistic dimension to the Ebola coverage is something of which I have no doubt.

Sensationalizing events is what the media does best. There may even be a sense in which it can be said that sensationalism is intrinsic to mass media. Sensationalism serves the interests of two groups of people: media personalities and the politicians with whom they collude.

Both the reputations and wallets of media figures are likely to inflate as long as they continue creating “news” that arrests the attention of citizens who find it increasingly difficult to attend to anything for very long. And the politicians on whose behalf journalists and commentators advocate (in one way or another) are well served by the manufacturing of “crises.” This, to be sure, is a bi-partisan phenomenon: Virtually every politician—particularly at the national level—agrees wholeheartedly with Rahm Emmanuel’s belief that a “good crisis” is something that must never be permitted to “go to waste.”

This being said, the fact remains that no more than a month or so ago, President Obama declared with all of the assuredness with which he prefaces all of his errors, that Ebola had basically no chance of making its way to American shores. And now that Obama has been proven wrong once more—and with such neck-breaking speed!—he not only refuses to concede having stuck his foot in his mouth; he has dug in more deeply, refusing to appropriate the most elementary measures, like a travel ban vis-à-vis such Ebola-ridden “hot zones” as Liberia, to protect Americans from this deadly disease.

There are reasons for this, ideological reasons, that shouldn’t be lost upon us. Yet lest we misunderstand, it must be noted that the ideology supplying the conceptual lenses through which Obama and his fellow partisans view this phenomenon (and every other) is, to a not insignificant extent, shared by many of his Republican opponents.

For the sake of simplicity, we can call it “Political Correctness” (PC).

That’s right: for all of their bellyaching against PC, GOP politicians and their mouthpieces in much of the so-called “conservative” media have imbibed hook, line, and sinker this leftist claptrap.

First, Ebola originates in Africa. Thus, a travel ban would adversely impact blacks who desire a better life in America. But for a (still) predominantly white country, especially a superpower like the United States, to do anything, for any reason, that could be so much as remotely construed as harming blacks sounds suspiciously like “racism.”

Beyond this, courtesy of the pernicious (to say nothing of idiotic) doctrine of “disparate impact” that, in one way or another, has long been exploited by “liberals,” “conservatives,” and “libertarians” for ideological and political purposes, the very fact that there is an “unequal” distribution of Ebola among Americans and Africans, whites and blacks, may be read as implicating white Americans as the actual culprits!

Of course, considering that the overwhelming majority of immigrants that has been flooding the country since the middle of the 1960’s consist of non-whites from the Third World, immigration has become a race-related issue. Yet it is precisely because of this fact that it is enthusiastically welcomed by those—like our esteemed President—who regard America’s historical white majority as a cause for lamentation.

Make no mistakes: the PC Zeitgeist regarding “racism” and immigration compose the paradigm through which the Ebola “crisis” is being approached.

But there is another prevalent idea that also serves to impede our efforts to deal sensibly with Ebola carriers from the Dark Continent.

This is the idea that America is not a historical country, but, well, an idea, a universal concept or ideal.

Here’s the problem: ideas do not—because they cannot—have borders.

An idea is an immaterial or incorporeal entity, and as the Christian philosopher Boethius once noted, it is self-evident that “incorporeal things cannot exist in a place.”

If America is an idea, then Americans are citizens of the world. This in turn means that all of the world’s citizens who affirm “the idea” that is America are Americans.

Borders, then, to say nothing of—horror of horrors!—bans, are egregious.

As we watch the national debate over the topic of Ebola unfold, we should bear in mind that the forgoing constitutes the framework within which it transpires—even if no one will admit, or maybe even notice, it.