“Diversity”: The Idol of Academia 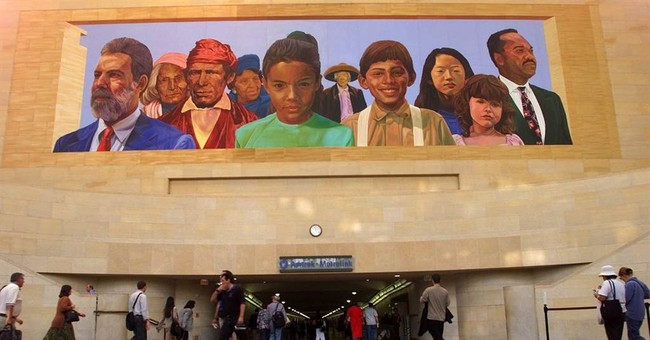 “Diversity” is not just a good in the academic world. It is the supreme good, the one good before which all other considerations must yield.

Recently, a colleague expressed a preference for a certain Northeastern city university over a certain Midwestern Christian college because, he said, the former has more “diversity” than the latter.

All that this means, though, is that because this big city university in the Northeast is a racial, ethnic, and socio-economic polyglot and its Midwestern Christian counterpart is just too white, the former is preferable as an educational institution to the latter.

That this god of “diversity” is as educationally invidious as it is false can be seen easily enough.

While academics, like my colleague, look upon predominantly white colleges as insufficiently “diverse,” they wouldn’t even think to level this same criticism against “historically black colleges.” They cannot, however, have it both ways: if a predominantly white Christian school is educationally inferior because of its mono-racial character, then, mutatis mutandis, black schools must also be educationally inferior because of their racially homogenous character.

Moreover, for all of their clamoring over the need for greater “diversity,” academics don’t want things so diverse that politically incorrect perspectives are permitted a hearing on campus. Representation of fundamentalist Christians, moral traditionalists, conservatives, libertarians, anarchists, is not only never in demand; its anathema.

Thirdly, the idea that a predominantly, or even exclusively, white student body somehow militates against a quality education is offensive. But it’s offensive only because the history of Western civilization exposes just how patently absurd is the idea that racial homogeneity precludes intellectual richness.

The ideas that have composed the West’s consciousness from at least the time of the ancient Greeks and Romans over 2500 years ago through to the present day have derived, overwhelmingly, from white men. It isn’t that others haven’t made lasting contributions, of course. But even and especially in the eyes of its staunchest critics, Western civilization has always been identified with the civilization of European—i.e. Caucasian—peoples.

This is fact. It is equally a fact that it is only either a paralyzing ignorance of reality or incorrigible dishonesty that could prompt anyone to deny with a straight face that the Western tradition is the most intellectually heterogeneous—the most philosophically and theologically diverse—tradition in all of human history. The contemporary academic fiction that Western civilization, by virtue of the “dead white males” that historically shaped it, is somehow an intellectually stagnant monolith is worse than nonsense; to borrow a line from one of those dead white males, the 18th century English philosopher, Jeremy Bentham, it is “nonsense on stilts.”

A profound sense of individuality spawned both the passion and daring of those legions of dead white males from throughout the last nearly three millennia to whom we owe our civilization. That “diversity”—or, more accurately, “Diversity”—has become the new deity of, of all places, academia, is among the most sobering, most tragic, of commentaries on our age, for it proves that if the spirit of the Western mind hasn’t evaporated, it is beyond the academic world that it is to be found.