Jackie Gingrich Cushman
|
Posted: Aug 06, 2020 12:01 AM
Share   Tweet
The opinions expressed by columnists are their own and do not necessarily represent the views of Townhall.com. 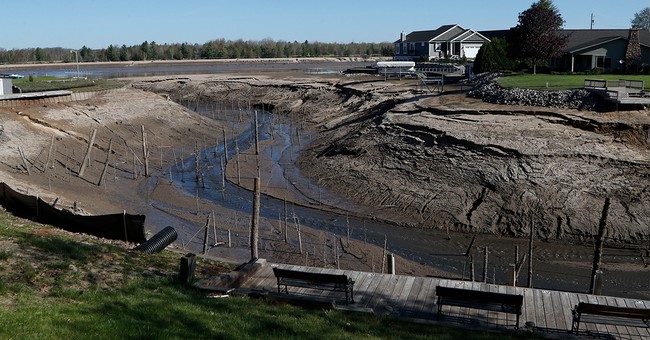 This week, the Great Outdoors Act was signed into law by President Donald J. Trump. This is an enormous achievement. It provides permanent financial support for the Land and Water Conservation Fund (LWCF), using a small fraction of offshore oil and gas drilling revenues. The backlog of maintenance in our parks will be addressed with $9.5 billion funded over five years. Going forward, it creates permanent annual funding of $900 million.

You might wonder, what is the big deal? Well, "5 presidents, 9 secretaries of the interior, and 10 secretaries of agriculture have worked on legislation to accomplish fully funding the Land and Water Conservation Fund," noted Interior Secretary David Bernhardt Tuesday. "Only one president has gotten that done." President Donald Trump.

The passage of this act during the pandemic is a needed respite. The outdoors does more than give us a place to stretch our legs and take in the wonders of God's creation; it also gives us a chance to connect with others in a way that's all too foreign in today's technology-focused world. They are among the few places we can go and gather (6 feet away) while staying safe from COVID-19.

Protected land is important for our well-being. According to Dr. Qing Li, author of "Forest Bathing: How Trees can Help you Find Health and Happiness," "even a small amount of time in nature can have an impact on our health ... It will bring you into the present moment and de-stress and relax you." This we all need, especially now.

I know this from experience. My family moved to rural Georgia when I was young. Some of my earliest memories include canoeing down the Flint River, camping in the Okefenokee Swamp and hiking up Brasstown Bald Mountain. Well, to be honest, I would hike a little, and then my father would carry me on his shoulders.

Not long after I moved to Georgia, the Trust for Public Land (where I now serve on the Alabama Advisory Board and Georgia Advisory Board) purchased five homes along Auburn Avenue, near downtown Atlanta. These properties form the core of The Martin Luther King, Jr. National Historical Park Act, which was long championed by Rep. John Lewis, D-Ga., and signed into law by President Donald J. Trump in 2018. Without the work of the Trust for Public Land, and the LWCF, this and other important national treasures could have been lost.

While most people know my father as former House Speaker Newt Gingrich, few know that, before he became a congressman, he was a professor of environmental studies at West Georgia College. Yes, he sported thick, black glasses, turtlenecks and a plaid smoking jacket that my mother made for him. Our time as a family outside was a respite from the crazy world of the '70s.

Since the 1970s, over 1,000 acres have been saved and added to the Chattahoochee River National Recreation Area (CNRA). My dad's love for nature led him to fly back to Washington to testify for federal funding after leaving the speakership. The $25 million allocated by the federal government was matched with $25 million from the Robert W. Woodruff Foundation. This money, combined with additional private, corporate and public funding, led to the investment of more than $150 million in land around our river, more land for people to use.

The Trust for Public Land helped kick-start the Atlanta BeltLine and is now working on The Chattahoochee RiverLands, a 100-mile greenway that runs from Buford Dam and the CNRA in the north to Chattahoochee Bend State Park in the South. This exciting project will provide additional land and enhanced access for people. Securing permanent funding for LWCF is key to making this project a reality. A big step forward was made this week.

The Great Outdoors Act will allow us to protect public access to our nation's parks and public lands, for sportsmen, boaters, hikers and families. "We are renewing our strong national commitment to conserving the wonders of God's creation," President Trump said this year. "One of the most important ways we uphold this tradition is by protecting our priceless national parks and our public lands."

This week marks an enormous step in creating a better nation for future generations. It was done with bipartisan support in the House and Senate and championed by President Trump. While members of the news media and partisans tend to amplify voices that are at odds with one another, we have a clear example this week that we can accomplish great things when we work together.