Jackie Gingrich Cushman
|
Posted: Mar 12, 2020 12:01 AM
Share   Tweet
The opinions expressed by columnists are their own and do not necessarily represent the views of Townhall.com. 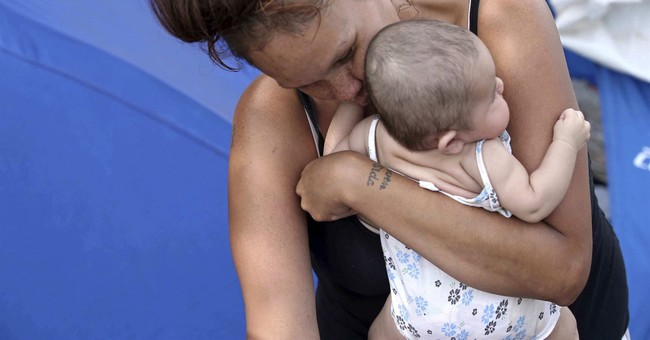 Our country spends over a trillion dollars a year on anti-poverty programs. We address the symptoms, providing food, shelter, health care. But it's time to face the fact that many of these programs are not working. Our poverty rate hasn't changed in half a century.

Money does not appear to be the solution. Sure, it helps, and no, we should not just cut the programs to zero. But it's time for us to face the fact that, while we've made living in poverty easier, we have not made it easier for individuals and families to move out of poverty; the solution will take more than money.

According to a Rasmussen Report issued Monday, over half of us believe that our nation is on the wrong track (a national telephone survey of 2,500 likely voters from March 1-5, 2020, with a 95% confidence level and margin of error at +/- 2 points.)

While some believe that more government control and more money would break the cycle of poverty, veteran documentary filmmaker Christopher F. Rufo has a different take. "Real change doesn't happen from the top down; it happens from the inside out," said Rufo, who is also a research fellow at the Discovery Institute's Center on Wealth, Poverty and Morality.

He reached that conclusion after spending five years filming in Youngstown, Ohio; Memphis, Tennessee; and Stockton, California, for his documentary "America Lost."

What does this mean? That we can't outsource to the government the job of solving our national problems. Our nation "of the people, by the people, for the people," as former President Abraham Lincoln stated in the Gettysburg Address, can solve our societal problems only through the people.

The first of the three cities featured, Youngstown, has abandoned homes burned by vagrants, and scrap metal is often salvaged to be sold. High unemployment, alcoholism and poverty are all too visible. But the economic collapse is just the beginning, according to "America Lost."

"At heart, the crisis in America's forgotten cities is a crisis of meaning," Rufo said in the documentary. "All of the old structures that once provided a solid foundation -- faith, family, work and community -- have slowly fallen apart. The real problem is not just economic but deeply personal, human, even spiritual."

Stockton is "a post-racial city -- a quarter white, a quarter black, a quarter Latino and a quarter Asian. And it's a post-familial city," according to the documentary. "In some Section 8 housing complexes, 100% of all children are born to single mothers." There are "countless young men who survive on a combination of the drug trade, violence and the generosity of girlfriends" in central Stockton.

Memphis used to have a thriving black middle class, where "90% of black men held down jobs and supported families." According to the documentary, it is no longer recognizable. Today, "46% of black men are unemployed or out of the labor force. Seventy-seven percent of black children are born to single mothers. And more than 21,000 black men in Memphis have disappeared altogether through incarceration or early death."

In South Memphis, "93% of all family households are headed by a single mother. Seventy-eight percent of all families are on public assistance. And only 20% of all working-age men are employed full time throughout the year. Out of nearly 6,000 total residents, there are only 10 nuclear families."

If these numbers and statistics from the documentary shock you, then good.

While our government has attempted to help with programs that send money through a bureaucracy, there are two problems. First, we lose money to an inefficient and often corrupt bureaucracy. According to the Government Accountability Office, in fiscal year 2019, the federal government made $175 billion in payments that should not have been made, a 15% increase from the year before.

The other problem is that money cannot fill our deeper human needs. This has to be done person by person through connection with family, faith, purpose and community.

The real problem with bureaucratic programs is that "they fail to acknowledge or cultivate the innate abilities and knowledge of those who are currently entrenched in the problem," according to the documentary, "helping them discover fulfillment and meaning in their lives." This can only be done by working person to person in community.

So, while we might wish to outsource this poverty problem to the government, doing so is neither an efficient nor effective solution. Instead, if we want to solve poverty, it must be done by the people, for the people. It's up to us.