My 2020 Vision: Choose Hope Over Fear

Jackie Gingrich Cushman
|
Posted: Apr 11, 2019 12:01 AM
Share   Tweet
The opinions expressed by columnists are their own and do not necessarily represent the views of Townhall.com. 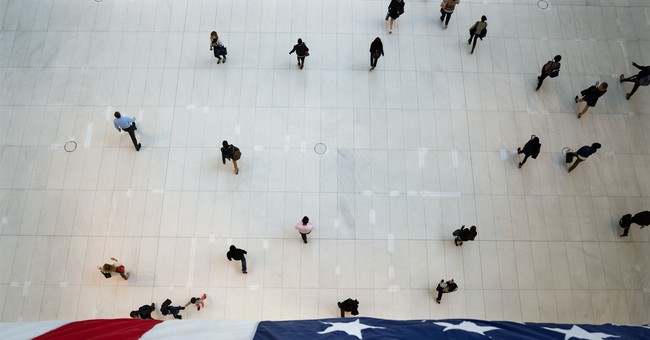 With over a dozen Democrats having already announced they are running for the Democratic presidential nomination, we are moving rapidly into the 2020 election season. The pace will increase, as will the rhetoric. Both parties will attempt to create a narrative that will appeal to enough voters to win. Some campaigns appeal by hope, some call to action by fear.

I am sure that I am not the only person who longs wistfully for President Ronald Reagan, who communicated in a clear manner his vision for a brighter future. He was effective because his words reflected who he was. Comfortable in his own skin, he provided the calm reassurance that America is great, that our people are resilient and that we simply have to have as much faith in ourselves as he did.

His core message was one of hope. The reason he had hope? The American people. He believed in our country and in our people. Even though he knew we were not perfect, he knew we wanted to be better.

This week, in a House Judiciary Committee hearing, Candace Owens, communications director for Turning Point USA, ended her opening statement with her belief about the Democratic Party's strategy -- a call to action based on fear.

The core of her argument is that the perpetual casting of minorities as victims ensures "our failure, racial division and class warfare." Her point was that focusing on divisiveness and rhetoric creates fear. Creating fear is a campaign strategy to mobilize people to vote against something or someone.

Owens, who is black, began her opening statement by referring to her 75-year-old grandfather, who was seated behind her. She noted that he grew up working on a farm in the South, where he picked cotton, "where words like 'racism' and 'white nationalism' held real meaning." Owens talked about the civil rights progress made in his lifetime. "There isn't a single adult today that in good conscience would make the argument that America is a more racist or a more white nationalist society than it was when my grandfather was growing up."

Owens acknowledged that our nation is not perfect. That was not her point; her point was that the best way to make additional progress is to work on real problems. She mentioned, for example, the high number of black single-parent families and the terrible outcomes in public education.

After Owens completed her opening statement, Rep. Ted Lieu, D-Calif., attempted to discredit her by playing a video clip that showed Owens discussing Hitler. She pushed back, asserting the clip that Lieu showed did not tell the whole story about the incident. "I think it's pretty apparent that Mr. Lieu believes that black people are stupid and will not pursue the full clip in its entirety. He purposefully presented an extracted clip," she said.

Chairman Jerrold Nadler (D-NY) jumped in, warning Owens that "the witness may not refer to a member of the committee as 'stupid.'"

Isn't this all too often what we all do? We hear what we were planning to hear. We have a belief, an understanding of what is happening, and we fit the words we hear into the narrative in our head.

To hear properly, we have to open our minds and listen. This will be one of the challenges of the 2020 election: to persuade millions of people to step out of the narrative in their heads and listen, really listen, to what is happening.

This year, as the Republicans begin to build their message around the 2020 campaign, I hope they take a cue from Reagan. While it might be easier to divide people and focus on fear, success achieved this way represents only a short-term win -- one that the other side can emulate and is often followed by more fear in the next cycle.

The reality is that the party that focuses on hope, belief in our country and in our people will have a chance to appeal to the best in us. My hope is that the American people will be able to quell their fear, listen to the message and vote based on hope rather than fear.