Jackie Gingrich Cushman
|
Posted: Feb 28, 2019 12:01 AM
Share   Tweet
The opinions expressed by columnists are their own and do not necessarily represent the views of Townhall.com. 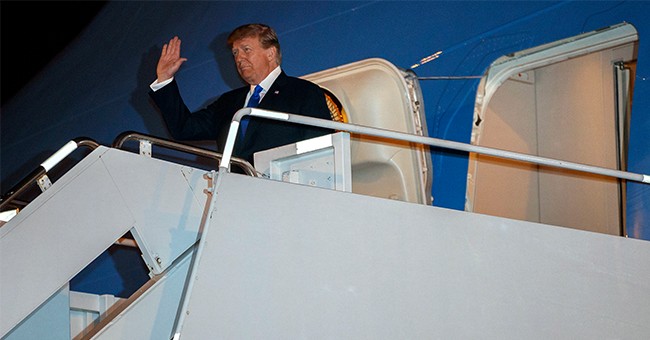 The 2020 presidential race is off and running. As the sitting president, Donald Trump is almost certain to win the Republican nomination. Historically, this would mean that Trump would ignore the Democratic primary while building on his status as president. But we all know by now that Trump is not bound by precedent.

Look instead for Trump to shape the Democratic primary, with over a dozen declared candidates already. Get ready for him to use the Democratic nomination process to his advantage, raise funds for his campaign, set various candidates against each other and label his potential opponents with nicknames. Trump understands that, in the end, the general election is about making a decision between two flawed candidates. Often, voters choose the candidate whom they dislike the least.

The race will also be influenced by shifting public priorities, party ideologies, technology and money.

In January 2011, the Pew Research Center polled public priorities for the president and Congress. This was just two years into Barack Obama's first term as president. At that time, public attention was focused on the economy. The top two priorities were "strengthening nation's economy" (87 percent), closely followed by "improving the job situation" (84 percent). The third priority, "defending against terrorism," came in a distant third (73 percent).

Jobs and the economy are different elements of the same basic issue. There were only two key areas that the public was concerned about: the economy and terrorism.

The economy has since recovered, and unemployment has plummeted. Success in the job market has led the public's priority of "improving the job situation" to fall by 34 points to today's level of 50 percent. It has fallen 12 points in the last year alone.

At the beginning of this year, the updated Pew poll reflected a public with more key priorities. The top six priorities are within 4 percentage points of each other. The top was "strengthening nation's economy," at 70 percent, followed by "reducing health care costs," at 69 percent and "improving education," at 68 percent. There was a three-way tie at 67 percent for "defending against terrorism," "securing Social Security" and "securing Medicare."

There are concerns that are not in the top six, but they have changed dramatically since 2011. "Dealing with climate change" increased by 18 percentage points to 44 percent of the total -- the most significant increase in any category. This was closely followed by "protecting the environment," with a 14 percentage point increase to 56 percent.

So, instead of being focused on just two key areas, the 2020 election will be splintered.

The 2016 election broke party control on both sides in the nomination process. Trump, who was not the establishment favorite, beat out several Republican Party stalwarts -- breaking the party hold on the primary. Former Secretary of State and Democratic nominee Hillary Clinton was handpicked by the Democratic National Committee, which did not end up working for the DNC.

We all know how the general turned out. The party outsider (Republican) beat the party insider (Clinton).

Technology and money are intertwined. Gone are the days when candidates simply bundled large donors. Now, on the Democratic side, many candidates are following the lead of Sen. Bernie Sanders, D-Vt., by focusing on small internet donations. Watch for more Democratic candidates to eschew large donors and super PACs.

Improvements in technology also made possible the advent of Twitter, Trump's direct conduit to voters and instantaneous connection to opponents. Facebook has proved a way to gather and mobilize communities of interest. No longer must candidates rely on television and radio. Just imagine the potential viral videos on both sides of the competition running rampant -- must-see TV.

So what do we know? That on Nov. 4, 2020, the day after the election, we will look back and our heads will be spinning at how quickly and fundamentally the presidential election process has changed.

Hang on and hang tight. It's going to be wooly and wild -- another reason Trump might just win again.