Jackie Gingrich Cushman
|
Posted: Oct 18, 2018 12:01 AM
Share   Tweet
The opinions expressed by columnists are their own and do not necessarily represent the views of Townhall.com. 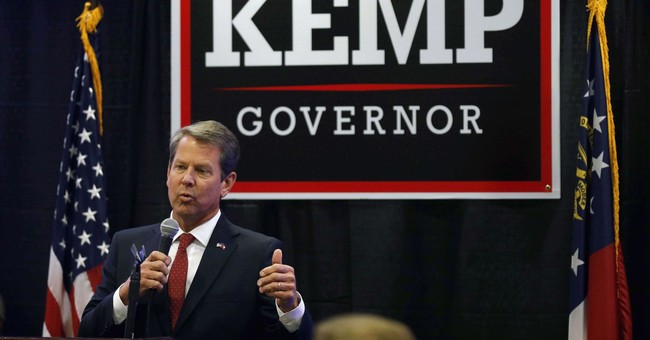 When you're clicking along and things are working, it's easy to take forward motion for granted. You get in your car, turn it on and drive to work, so preoccupied that once there, you can't remember the ride in. You were driving on autopilot: Everything was working, so you did not pay attention.

The next day, you get into your car, and on the way to work, you get a flat tire. You pull over and look to see what happened. The tread on your tire is so low you realize a flat was inevitable. Then, you remember: Your new mechanic had swapped the good tires for used tires.

That's where we are today. Everything is running well in so many places in our country, and we take it for granted. If we don't keep moving forward -- if we change the framework -- there could be dire consequences.

The economy is booming. The Bureau of Economic Analysis announced Sept. 27 that "real gross domestic product (GDP) increased at an annual rate of 4.2 percent in the second quarter of 2018." According to the Bureau of Labor Statistics, the unemployment rate was 3.7 percent in September, and "job openings reached a series high of 7.1 million on the last business day of August."

More people are working, and more jobs are available. From an economic perspective, it makes sense that wages and benefits would increase in an effort to retain and attract workers in a tightening labor market. According to a July news release of the National Compensation Survey by the Bureau of Labor Statistics, compensation rose 2.8 percent, wages and salaries rose 2.8 percent and benefit costs rose 2.9 percent (from the prior year).

The engine behind the economic growth includes the Republicans' policy of lower taxes and less regulation, leading to more business activity, more employment and higher wages. That framework is a baseline for understanding this fall's election.

The economic policy of the Republican Party is working, so the Democrats must run on something else.

They turned to immigration this past summer, calling for the abolishment of the U.S. Immigration and Customs Enforcement over the treatment of immigrants coming to our country illegally. Initially, it gathered media attention, but they pulled the bill when the Republican Party moved to put it to a vote on the floor. Not to be dissuaded, Democratic candidates are embracing open borders and sanctuary cities or states while also promising to reverse the economic framework Republicans have put in place.

Let's take the governor's race in my home state of Georgia as an example. The economy is great after eight years of Republican Gov. Nathan Deal's leadership.

Kemp has been focusing his campaign on Georgians first, while Abrams has been claiming that Kemp is suppressing voters as Secretary of State. This claim has dominated headlines. It's fascinating, because during Kemp's tenure, registered voters have doubled for Hispanics, increased 81 percent for Asians and 11 percent for black voters. During the same time period, white voters have declined by 1 percent.

However, the accusation has garnered headlines and motivated Abram's base.

While campaigning with Sen. Elizabeth Warren (D-Mass.), Abrams was caught on tape talking about her win: "The thing of it is, is that blue waves aren't blue ... the blue wave is African-American. It's white. It's Latino. It's Asian-Pacific Islander. It is disabled. It is differently abled. It is LGBTQ. It is law enforcement. It is veterans. It is made up of those who have been told they are not worthy of being here. It is comprised of those who are documented and undocumented."

Abrams' version of inclusivity includes those who are not citizens. While Abrams has attempted to distance herself from her own comments, her campaign website backs up who she plans to represent. "I want to be clear: I do mean everyone who resides in our state ... (including) new Americans, naturalized citizens and all those on the long, arduous path toward citizenship (illegally here or not)."

The choice in November will be clear, especially in Georgia. The real result of open borders is no country at all. And if cities or states decide to let everyone in -- legally or illegally -- they should not be surprised when thousands arrive. The question this fall is this: Do voters want a great economy that works for all Americans, or are they willing to become a haven for the rest of the world regardless of legality?