Jackie Gingrich Cushman
|
Posted: Sep 06, 2018 12:01 AM
Share   Tweet
The opinions expressed by columnists are their own and do not necessarily represent the views of Townhall.com. 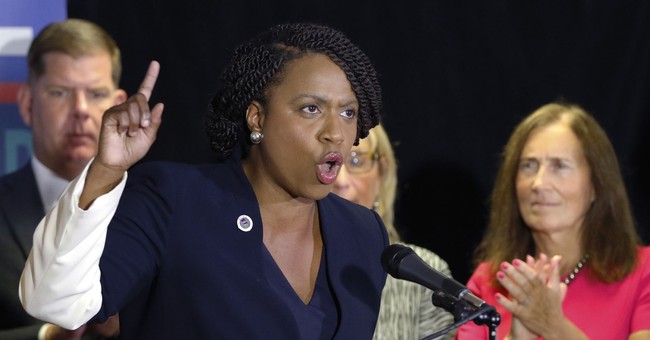 Labor Day is past. Most schools have begun. And the mad dash to Election Day is here. This week's news cycle has been dominated by the hearings for President Donald Trump's latest Supreme Court nominee, Judge Brett Kavanaugh. Tuesday's hearings started with a coordinated protest from Democratic members of the Senate Judiciary Committee and professional activists looking for media attention.

Sens. Cory Booker, D-N.J., and Kamala Harris, D-Calif., interrupted and grandstanded -- no doubt looking to use their questions for their own promotional purposes. The fact is that with the Republicans in control of the Senate, there is no way for the Democratic senators to block the confirmation.

The minority party's screams are a reminder that Democrats are under mounting pressure. Much of what will happen will be playing to the cameras and others in the news media -- so please bear that in mind as the drama unfolds. This confirmation process is a reminder to people on both sides of the aisle that elections matter.

The public coverage of the confirmation process turned ridiculous -- and sad -- when Zina Bash, a former intern for Kavanaugh and part of his confirmation team, was accused on social media of flashing a white power sign during the proceedings while seated behind the nominee.

Her husband, U.S. Attorney John Bash, came to her defense in the evening. "The attacks today on my wife are repulsive," he tweeted. "Everyone tweeting this vicious conspiracy theory should be ashamed of themselves. We weren't even familiar with the hateful symbol being attributed to her for the random way she rested her hand during a long hearing." He followed with: "Zina is Mexican on her mother's side and Jewish on her father's side. She was born in Mexico. Her grandparents were Holocaust survivors. We of course have nothing to do with hate groups, which aim to terrorize and demean other people -- never have and never would."

The same day, Boston City Councilor Ayanna Pressley beat Rep. Mike Capuano in the Democratic primary for Massachusetts' 7th Congressional District. Capuano has served 10 terms and had been expected by the Democratic establishment to win.

"Pressley acknowledged there was little daylight between her and Capuano on policy, though she differentiated herself on the fate of the U.S. Immigration and Customs Enforcement agency and by not accepting corporate PAC money," wrote Lauren Dezenski and David Siders in a Politico article. Instead of focusing on policy differences, "Pressley offered voters a different style of leadership, leaning heavily on her experiences as a black woman, casting her candidacy as a vote for change in a 'fight for the soul of the Democratic Party,'" they continued.

Pause and back up, and think about whether these two contradictory events fit together. Pressley won, in part because of how her life experiences have differed from those of her opponent, especially in terms of race and gender. That same day, Bash was accused of flashing a white power sign, even though she was born in Mexico and is half Hispanic and half Jewish.

These two opposing images might lead an observer to pause and reconsider the narrative surrounding each.

In Pressley's case, maybe the policy differences did make a difference. Maybe when candidates say they want to defund or dismantle ICE, that's exactly what they want to do. Let's hope the voters paid attention.

In the mob accusations regarding Bash, it's possible that in the liberal masses' attempt to see discrimination and prejudice, they jumped to conclusions that are not real. That in itself would be a form of prejudice.

As recent primary winners, Pressley, congressional candidate Alexandria Ocasio-Cortez in New York and gubernatorial candidates Andrew Gillum in Florida and Stacey Abrams in Georgia are attempting to move the Democratic Party in their states to the left. In doing so, they will have to defend their policy positions, if they are held accountable. If not -- be prepared for them to talk mostly about their perspectives rather than policy.

It will be the voters' job to separate the candidates' life experiences from the policy differences they espouse before determining whom to support. If voters ignore policy and focus solely on a candidate's life experience, they do so at their own peril.

As noted, elections have consequences.