There's A Long Way To Go Before Midterms

Jackie Gingrich Cushman
|
Posted: Jul 26, 2018 12:01 AM
Share   Tweet
The opinions expressed by columnists are their own and do not necessarily represent the views of Townhall.com. 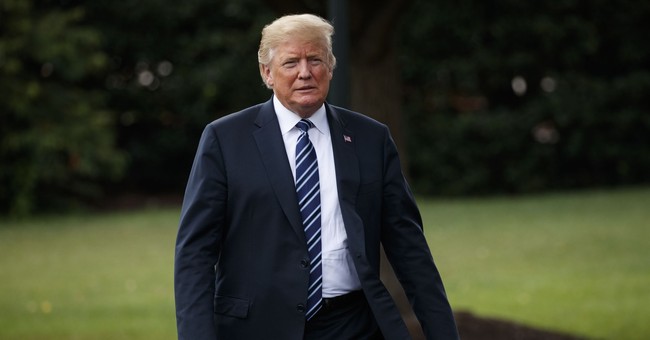 A few things to keep in mind as the midterms heat up. One: take with a grain of salt pontifications from pollsters, especially those who have misunderstood recent elections. Two: don't believe pundits' predictions more than three months out, especially when they say that the races are basically done. Three: remember that, as a result of social media, election momentum changes faster than it used to. Finally: bear in mind that candidates and messages matter in election outcomes.

This Tuesday, Sabato's Crystal Ball released its latest prediction, "The House Tilts Toward the Democrats." The takeaways, "Democrats are now a little better than 50-50 to win the House. This is the first time this cycle we've gone beyond 50-50 odds on a House turnover. We're making 17 House ratings changes this week, all in favor of the Democrats."

Reminder: on November 9, after Donald Trump's presidential win, the same group released "Mea Culpa, Mea Culpa, Mea Maxima Culpa." Here's what it said: "We wrongly insisted for months that Clinton was always leading the race," they noted, "and never put her below 270 electoral votes." Trump ended with 306 versus 232 for Clinton.

They blew their 2016 House projections, too. "We overshot on a Democratic gain of 13 seats."

Pundits' predictions that the outcome is all-but preordained, deserve skepticism. "Every sign is pointing to a Democratic wave in November," wrote CNN's Chris Cillizza this past Wednesday. Cillizza cited Sabato's Crystal Ball's prediction (with no mention of its 2016 track record) but then moved on, attempting to persuade the reader that the election outcome is nearly set. "But 105 days is an eternity in politics, you say! And it is -- sort of. But the history of midterm elections won't be changing between now and November 6. Fundraising tends to be momentum driven, meaning that if you don't have a lot of cash, it's harder to just go and get it (unless, of course, you are independently wealthy). And once the playing field shifts in a particular direction, it usually takes a cataclysmic event to shift it back in any meaningful way.

"All of which is to say: The cake isn't totally baked on the 2018 election yet. But it's getting close to finished and the final product isn't likely to be to Republicans' liking."

Cillizza appears to have forgotten that, while cash is important, it does not always determine the outcome. If it did, Hillary Clinton would be president and Jon Ossoff would be the Georgia Sixth District representative.

Momentum can change quickly. The runoff this week in Georgia for Republican gubernatorial nominee is a great example. Lieutenant Governor Casey Cagle was ahead until two weeks out, when his opponent, Secretary of State Brian Kemp, was endorsed by two previous Republican competitors who did not make it to the runoff. Cagle was then endorsed by Nathan Deal, Georgia's wildly popular governor. About that time, Cagle and Kemp were neck-and-neck.

A week out, Kemp was endorsed by President Trump, Vice President Mike Pence and former Speaker of the House Newt Gingrich (my dad). The final tally: Kemp 69 percent, Cagle 31 percent.

Finally, while pollsters and pundits like to look at money raised, that's not all that matters. So too do candidates, messaging and campaigns. The Contract with America, which led to the Republican takeover of the House in 1994, was released just six months before the elections. It was unifying and positive, and it worked.

House Republicans have rolled out "Better Off Now," which focuses on their legislative accomplishments. Their message: Are you better off than you were? If so, vote for us.

House Democrats have unveiled two themes that represent their impossible mission of attempting to placate the far left while spanning the center.

To cover the center, Minority Whip Rep. Steny Hoyer, D-Md., has rolled out "Make It in America," focusing on education, entrepreneurship, and infrastructure. The phrase is similar to "Made in America," which Trump often uses.

Remember, as the dog days of summer heat up and drain you of energy, be wary of pollsters and pundits while bearing in mind that momentum can shift rapidly. And don't forget that candidates and messages matter. Once Labor Day arrives, the pace will pick up - into a sprint to the finish.