Jackie Gingrich Cushman
|
Posted: Aug 18, 2016 12:01 AM
Share   Tweet
The opinions expressed by columnists are their own and do not necessarily represent the views of Townhall.com. 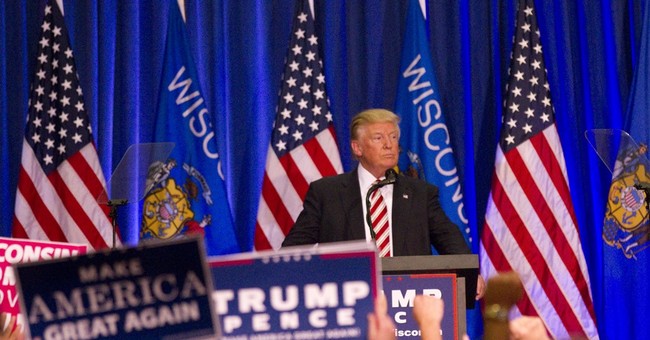 Republican Nominee Donald Trump's national security speech this Monday night clearly laid out his vision and understanding of Radical Islamic Terrorism, the greatest threat that our country faces today. Framed with the fact that "in the 20th Century, the United States defeated fascism, nazism, and communism," Trump argued his strategy on how to make America safe again.

His theme of championing America and understanding the great differences between societies and their underlying foundations evoked former President Ronald Reagan and his ambassador to the United Nations, Jeanne Kirkpatrick, a Democrat who spoke in his favor at the 1984 Republican Convention.

Trump began by listing the recent attacks by Radical Islam terrorists that our nation has suffered. "Thirteen were murdered, and 38 wounded in the assault on Ft. Hood. The Boston Marathon Bombing wounded and maimed 264 people, and ultimately left five dead -- including 2 police officers. In Chattanooga, Tennessee, five unarmed Marines were shot and killed at a military recruiting center. Last December, 14 innocent Americans were gunned down at an office party in San Bernardino, another 22 were injured. In June, 49 Americans were executed at the Pulse Nightclub in Orlando, and another 53 were injured."

Europe has endured worse, and was listed by Trump as a warning of what might be in our future. "In January of 2015, a French satirical newspaper, Charlie Hebdo, was attacked for publishing cartoons of the prophet Mohammed. Twelve were killed, including two police officers, and 11 were wounded. Two days later, four were murdered in a Jewish deli.

"In November of 2015, terrorists went on a shooting rampage in Paris that slaughtered 130 people, and wounded another 368."

"In March of this year," he continued, "terrorists detonated a bomb in the Brussels airport, killing 32 and injuring 340.

"This July, in the South of France, an Islamic terrorist turned his truck into an instrument of mass murder, plowing down and killing 85 men, women and children -- and wounding another 308. Among the dead were 2 Americans -- a Texas father, and his 11-year-old son.

"A few weeks ago, in Germany, a refugee armed with an axe wounded five people in a gruesome train attack.

"Only days ago, an ISIS killer invaded a Christian church in Normandy France, forced an 85-year-old priest to his knees, and slit his throat before his congregation."

While attacks in our country and Europe are horrifying, the attacks by Radical Islamists in their own homelands are even more shocking. It also provides a view into how different and in many ways incomprehensible their world view is when compared to that of average Americans.

"Children slaughtered, girls sold into slavery, men and women burned alive. Crucifixions, beheadings and drownings. Ethnic minorities targeted for mass execution. Holy sites desecrated. Christians driven from their homes and hunted for extermination," said Trump. These are actions that occur on a regular basis that many of us cannot really imagine happening in our world.

Trump's views stand in direct contrast to those articulated by President Obama during his 2009 apology tour when he flew to Egypt, Saudi Arabia, Turkey and Iraq, but skipped Israel. His message -- America had been dismissive, derisive and had dictated to other nations -- he promised to change the way America acts.

Trump also understands the dangers of nation building. "President Obama and Hillary Clinton should never have attempted to build a democracy in Libya, to push for immediate regime change in Syria or to support the overthrow of Mubarak in Egypt," he said.

This echoes Kirkpatrick's point in a 1979 essay. "The ability of nations to transition to a democracy is much more complex than simply removing the autocratic government," she said. "Hurried efforts to force complex and unfamiliar political practices on societies lacking the requisite political culture, tradition, and social structures not only fail to produce desired outcomes; if they are undertaken at a time when the traditional regime is under attack, they actually facilitate the job of the insurgents."

Trump vowed to provide a new approach if he should win the presidency. "The era of nation-building will be ended. Our new approach... must be to halt the spread of Radical Islam."

Trump's understanding of Radical Islam and what must be done to win the war being waged against Western civilization makes him different from his opponent. The question becomes this: Will his message reach the masses and will it generate enough enthusiasm and energy on Election Day to get him elected?