Jackie Gingrich Cushman
|
Posted: Jun 23, 2016 12:01 AM
Share   Tweet
The opinions expressed by columnists are their own and do not necessarily represent the views of Townhall.com. 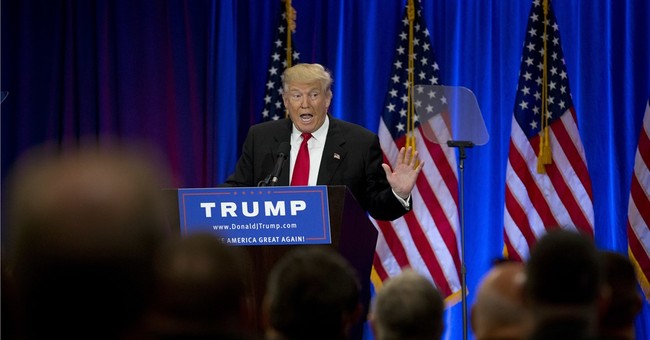 Presumptive Republican presidential nominee Donald Trump has had a bad week in the media, but potentially a good week for the future. The transition from a free-flowing primary campaign to a more structured, bigger general election campaign is underway. The transition is a bit more turbulent than might be comfortable for those along for the ride.

After announcing Cory Lewandowski's departure on Monday, the Trump campaign released a list of new hires on Tuesday, with promises of more to come. But in the end, campaigns are not about staffs, spouses or (adult) children, they are a reflection of the candidate. Whom does he listen to, how fast does he learn, are there sacred people in his organization or family he will not confront -- no matter what? The candidate has to decide how to navigate being himself, while being a candidate. Whom and how often to call for fundraising help and which issues to focus on during the campaign. Great advisers can provide great advice, but it's the candidate who listens, thinks and makes decisions about the campaign. (Delegating everything to someone else is still a decision).

Trump has several key decisions to make. One of them is the theme of the campaign (for example, Bill Clinton's heeding of James Carville's mantra, "It's the economy, stupid"), and secondly how to communicate the theme in a way that moves donors, volunteers and voters to action.

Theme. So far this election, Trump has excelled in pivoting, responding rapidly and connecting emotionally to his audiences. This reactive style of communication reflects his authenticity, but also leaves him vulnerable to other people's actions and the winds of chance and events.

A transition to a general election, with a hard and fast election date, requires a strategic and thoughtful communications plan, one that builds over time and culminates with not only a win in November, but with enough political capital and buy in to ensure real progress on the issues once the inauguration takes place.

A great example of a communications strategy that worked, the Contract with America in 1994, led to the Republican takeover of the House of Representatives and the House voting on all the contract points in the first 100 days.

Trump is an extemporaneous speaker, in the same style as Jack Kemp and Newt Gingrich. Trump is not a visionary, like Kemp, nor an historian, like Gingrich, but instead is able to break down information into everyday, average American language. This method of speaking allows for an intense emotional connection between the speaker and small audiences. Great speeches are created by the interaction between the speaker and the audience, with the speaker adjusting the delivery, the words, the pace based on the audience's reaction. Think of jazz musicians and their fans.

The challenge with extemporaneous speeches is that, while you are busy creating jazz music for the audience in front of you, a singular key message turns into a melody of notes that create a harmony packed with too much information. Instead of containing three points, the message may contain 12 ideas that matter - very few people can remember all 12 -- and the key message gets lost along the way. Additionally, a candidate's connection with a small, intimate audience can appear otherwise to those who are not in attendance -- but rather watching over television.

Planned speeches require longer preparation and more discipline to deliver well. For those who prefer jazz, as I do, they are often more boring to deliver. I'd much rather walk in front of an audience and deliver a thousand points of light, connecting emotionally and spiritually with my audience, than deliver a written speech. In some cases, a well thought-out, clearly articulated speech is what is required. The risk in extemporaneous speaking is that the candidate may brush over the core theme or skip it altogether -- or might forget that the audience is not the 10,000 people in the stadium where it is delivered, but the millions who will see short clips of the speech.

Trump's transition to the general election might be a bit more turbulent than many might like, but it is too early to judge its effectiveness. That will be determined by who wins 270 electoral votes on November 8, almost 20 weeks from now.