Jackie Gingrich Cushman
|
Posted: May 26, 2016 12:01 AM
Share   Tweet
The opinions expressed by columnists are their own and do not necessarily represent the views of Townhall.com. 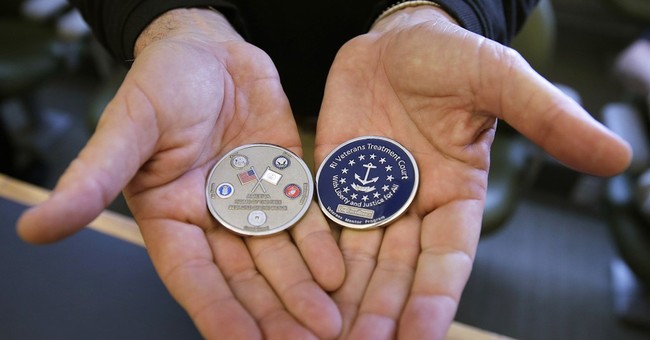 Memorial Day weekend marks the unofficial start of summer, three days that give us a chance to eat BBQ. But more importantly, it gives us a chance to pause and reflect on the ultimate sacrifice that more than 1.1 million of our men and women in the armed forces have made on our behalf. They died for our continued freedom and liberty.

The practice of honoring our war victims started after the Civil War, when family members fought against one another, as did neighbors and friends. More than 700 million people died during the conflict. The nation was in mourning and the healing was hard. Decoration Day, a time to decorate the graves of fallen soldiers on both sides, provided survivors with an opportunity to remember and heal. After World War I, this act of remembrance was extended to include all soldiers who had died in all American wars.

All those who serve in the military know that they might have to give their lives for our country. While memorials, flags at half-staff, parades and ceremonies serve as a visual annual reminder of their service, we should remember and honor the purpose of their sacrifice, to protect and defend our freedom, throughout the year.

While not all of us are called to serve our country in the armed forces or in the political arena, we can all make a difference through the way we live our lives. With freedom comes responsibility -- responsibility to ensure that our freedom is maintained. Freedom is never free, but comes at a cost of lives, of time, of effort and of responsibility.

The Declaration of Independence provides the foundation for our country. That we hold these truths to be self-evident that all men are created equal, that they are endowed by their Creator with certain unalienable rights, that among these are life, liberty, and the pursuit of happiness. We have life and liberty and must guard them both, but we are provided only with the opportunity to pursue happiness, not a guarantee of happiness itself. Whether you achieve happiness is up to you, and not the responsibility of our government.

President Abraham Lincoln reminded us of our responsibility when he delivered his address at the dedication of the Soldiers' National Cemetery at Gettysburg, Pa., in November 1863. The Civil War was still raging. He was not the main speaker for the day, but had been invited as an afterthought. His speech was so short (less than two minutes) that the photographer did not have time to get a picture of him delivering it.

"Four score and seven years ago our fathers brought forth on this continent a new nation, conceived in liberty and dedicated to the proposition that all men are created equal. ... It is rather for us to be here dedicated to the great task remaining before us -- that from these honored dead we take increased devotion to that cause for which they gave the last full measure of devotion -- that we here highly resolve that these dead shall not have died in vain, that this nation under God shall have a new birth of freedom, and that government of the people, by the people, for the people shall not perish from the earth."

This Memorial Day, spend a minute in silence at 3 PM, along with millions of others, remembering the military men and women who have made the ultimate sacrifice for our safety and freedom. After Memorial Day is over and you go back to work, to errands, to taking care of children, dedicate yourself to making their sacrifice of life worthwhile. Take an interest and get involved in what it means to be an American. Help others understand the importance being an American and living out the American dream. Educate your children of those who have died so that they could remain free, and reach out to veterans who were able to return home.

Let's give thanks, and increase our devotion to our country, so that our military men and women will not have died in vain.