Jackie Gingrich Cushman
|
Posted: Mar 03, 2016 12:01 AM
Share   Tweet
The opinions expressed by columnists are their own and do not necessarily represent the views of Townhall.com. 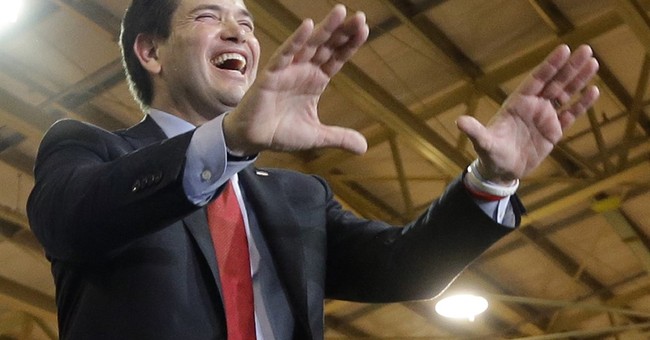 At this stage of the primary process, when delegates are primarily awarded proportionally (rules vary by state), the delegate count is important. On the Democratic side, 2,383 delegates are needed to clinch the nomination. Hillary Clinton has 1,000. Bernie Sanders has a total of 316.

Republican candidates need 1,237 delegates to secure the nomination. After Super Tuesday, Trump has 316, Ted Cruz has 226 and Marco Rubio has 106. At this point, the Clinton-Trump show is in the warm-up phase.

Republicans in Washington and Democrats across the nation are scratching their heads over the ascendancy and staying power of Trump. They are wondering: How did this happen and how can we stop it? A review of poll results from last fall might provide some insights.

Quinnipiac University conducted a survey last August 20-25 made up of 1,563 registered voters nationwide. Their results noted that, "A total of 71 percent of American voters are 'dissatisfied' with the way things are going in the nation today." Additionally, 76 percent of voters were either "dissatisfied, but not angry" or "angry," with the federal government. Broken down by party, this represents 90 percent of Republicans, 48 percent of Democrats and 80 percent of Independents.

Voters' anger and frustration along with desire for an outsider help explain the enthusiasm for Trump, which is driving large turnouts in the Republican primaries.

"Vermont and Arkansas, where their two candidates had home-state advantages of sorts," Dinah wrote, "yet still couldn't match the enthusiasm of the 2008 contest."

With large wins on Super Tuesday, Trump tried on a new persona at the press conference at the Mar-A-Lago estate in Florida: Stateman. With multiple American flags in the background, and a subdued New Jersey Governor Chris Christie introducing him, Trump seemed to switch from bombastic bomb thrower to a general election, statesman candidate.

Clinton, too, began to turn toward the general election on Tuesday night, "Instead of building walls, we're going to break down barriers and build ladders of opportunity and empowerment so every American can live up to his or her potential," she said. "We know we've got work to do. It's not to make America great again. America never stopped being great. We have to make America whole ... and fill in what's been hollowed out."

Trump, later that night responded to Clinton's appeal for wholeness. "Making America great again will be better than making America whole again," he said. He batted down the attacks from other Republican candidates who claim he is not a conservative noting, "I'm a conservative... a common-sense conservative."

The last time a brokered convention led to a nominee who won the presidency was in 1932, when Franklin Delano Roosevelt became the nominee of the Democratic Party.