The Power of Naming 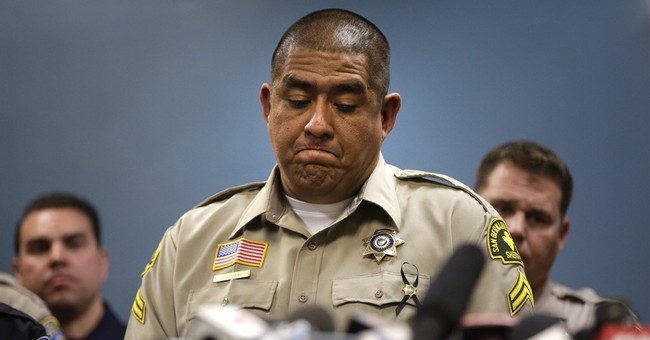 Trending
Last Wednesday's attack in San Bernardino, which left 14 people dead, was carried out by radical Islamists whose actions shook the nation. Four days later, President Barack Obama sought to reassure the American people in a rare address from the Oval Office. He failed.

"This was an act of terrorism designed to kill innocent people," he said. "Our nation has been at war with terrorists since al-Qaida killed nearly 3,000 Americans on 9/11."

Terrorism is a tactic used by people and groups to achieve their political, social or religious goals. It is not in itself a belief system. Christian Whiton, former diplomat and author of "Smart Power: Between Diplomacy and War," notes that there is "a critical error" in that "two distinct but overlapping elements" have not been clearly identified or articulated to the American public. He identifies them as Islam and Islamism. The belief system that fueled the terroristic act -- radical Islam or Islamism -- is described as follows: "The former is a religion of nearly a quarter of the world's population; the latter is a political ideology whose central tenet is unifying government, and Islam and is advocated by a small subset of Muslims," according to Whiton. If we are not aware of the situation, we cannot create a strategy to win.

When Obama spoke Sunday, he referred to continuing our current strategy.

"First, our military will continue to hunt down terrorist plotters in any country where it is necessary ... Second, we will continue to provide training and equipment to tens of thousands of Iraqi and Syrian forces fighting ISIL on the ground so that we take away their safe havens.

"Third, we're working with friends and allies to stop ISIL's operations, to disrupt plots, cut off their financing, and prevent them from recruiting more fighters.

"Fourth, with American leadership, the international community has begun to establish a process and timeline to pursue cease-fires and a political resolution to the Syrian war."

This current strategy has clearly not been effective. What more should we do? According to Whiton, we should do what is "most necessary to turn the tide on radical Islam: political warfare."

It is neither improved "public diplomacy" (Bush administration) nor an apology tour (i.e. Obama's 2009 speech in Cairo).

According to Whiton, "Successful political warfare against this ideology could involve three broad steps: First, we should tell the truth about radical Islam and adopt a policy of opposing Islamism globally. ... Being honest about this threat is not anti-Muslim. In fact, political warfare ideally would involve getting Muslims to turn decisively against the Islamists.

"Second, we need to focus on nonviolently undermining Islamist governments like Iran's. While ISIS may earn headlines, Iran's theocracy has tentacles throughout the Middle East and may soon be armed with nuclear weapons.

"Third, we should work with allies to suppress radical Islam culturally. ...We should support institutions that give power to modern Muslims who believe in separating mosque and state."

We have to use all of our sources of support, power and influence to prevail over Islamism.

Our belief system as Americans runs counter to theirs, regardless of the tactics that they use. Our system embraces freedom and diversity; theirs embraces adherence and purity. The challenge will be to maintain our belief system, while appealing to and winning over those among us who are at risk of buying into theirs.