Did Somebody Say 'Clear the Field'? Watch Out! 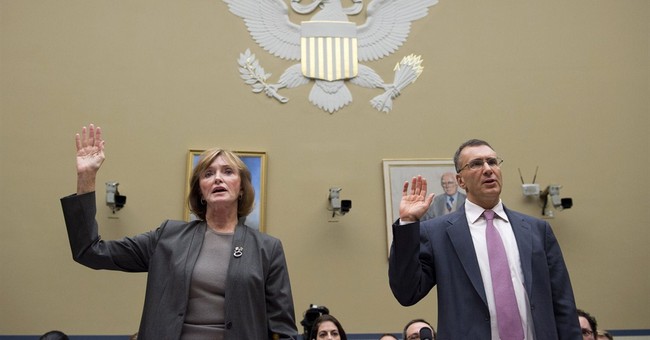 We all know people who believe that they know more than we do, who look down on us and believe that they are better than we are. They believe they are smarter than the rest of us, and if they have control, then they can control the outcome and make whatever it is better. This is the same belief that led the U.S.S.R. into centralized planning and control. We all know what happened to the Soviet Union.

Contrast this to President Reagan's belief that "There are no great limits to growth because there are no limits of human intelligence, imagination and wonder," and that "the most terrifying words in the English language are: 'I'm from the government and I'm here to help.'"

Reagan believed that the American people had the drive, the ingenuity, the smarts to accomplish great things -- as long as they were not squelched by their own government. His core belief was that the best solutions come from the people themselves rather than from a centralized government.

This week, both Democratic and Republican "elites" have been making news. On Tuesday, Massachusetts Institute of Technology professor and Obamacare architect Jonathan Gruber was questioned by House lawmakers about comments he made that were caught on video. During a 2013 speech, Gruber had said that a "lack of transparency is a huge political advantage," adding that it was not the attributes of the bill, but the attributes of the voters that allowed the bill to pass. "Call it the stupidity of the American voter, or whatever, but basically that was really, really critical to getting the thing to pass."

Gruber apologized Tuesday to House lawmakers for "thoughtless" and "insulting" comments. His defense: "I was using glib, thoughtless and really inexcusable language." It is fascinating that his focus was on his improper language, rather than on his incorrect beliefs.

Republican elites had their time in the headlines this Tuesday, too, which could be seen in the New York Times article, "G.O.P. Donors Seek to Anoint a 2016 Nominee Early," by Nicholas Confessore. "Dozens of the Republican Party's leading presidential donors and fund-raisers have begun privately discussing how to clear the field for a single establishment candidate to carry the party's banner in 2016, fearing that a prolonged primary would bolster Hillary Rodham Clinton, the likely Democratic candidate," wrote Confessore.

Whenever you read, "clear the field," be concerned. Simplistically, Democrats believe that a centralized government run by people who know more than everyone else would produce better outcomes -- while Republicans believe that the common man (and woman) should retain the majority of control and activity. View this as a top-down versus bottom-up view of what works best.

While a primary in which the field has been cleared may allow for consolidated fundraising along party lines, it would not allow for all views and ideas to be heard and debated. Part of the democratic process requires only a winnowing of candidates, but also a testing of ideas and policies.

While former Massachusetts Gov. Mitt Romney, New Jersey Gov. Chris Christie and former Florida Gov. Jeb Bush might be the top candidates mentioned in the article, there are other potential candidates whose voices should be heard. Just last week, while Bush was meting with possible supporters, Texas Gov. Rick Perry and Ohio Gov. John Kasich were hosting workshops and meetings with key advisors. Sen. Ted Cruz of Texas will more than likely be running as well.

"Some donors said they believed it was now inevitable that the primary would feature more than one establishment candidate along with several from the Tea Party wing," wrote Confessore. "In that case, the donors said, they would probably seek to avoid committing substantial resources or coalescing behind any one candidate until later next year."

Clearly, the candidates and the bundlers would like to coalesce and simplify the process, which would be to their advantage. But the primary process, especially for Republicans, involves a belief that it is better to be led by the collective wisdom of the American people than by a few elite sitting in a room together.