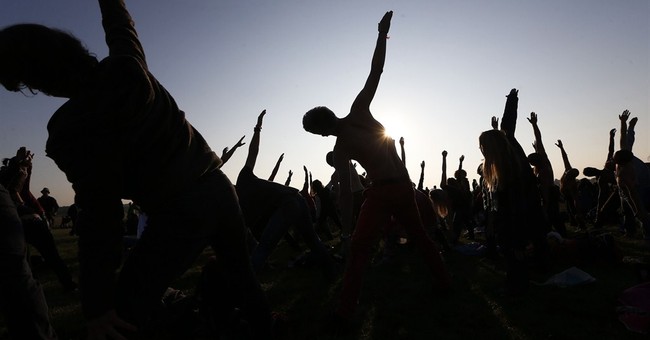 Trending
While new and novel might be exciting, routine and habit can help create a structure and framework for success. From eating breakfast, brushing our teeth or exercising every day, much of our lives are driven by routine. This reliance on routine behavior can startle us when we are driving and find ourselves not at our planned destination, but at our routine destination.

In my case, the power of routine was driven home last May, after my family moved. For weeks afterward, I would find myself driving to our old house rather than to our new home.

Routine's influence goes beyond driving to include how our day unfolds and what it contains, according to one expert.

"From razor-sharp focus to creative thinking, your brain is at its best at different hours of the day. Here's how to plan your day for greatness," wrote Caroline Williams in an article titled, "Mind expanding: Set your watch for genius," in the New Scientist Magazine this past week.

"Some of that variation can be explained by fluctuations in circadian rhythms, which means that, in theory, if you do the right kind of task at the right time of day, life should run a little more smoothly," wrote Williams.

According to Williams, our brains are fuzzy first thing in the morning, which is good for creative work. Once we are wide awake, it's time to focus. Caffeine, as many of us know from experience, can accelerate this transition.

Williams also recommends timing our mental gymnastics to coincide with changes in body temperature. "Studies measuring variation in everything from attention and verbal reasoning to reaction times have shown that when our core temperature dips below 37 C, the brain isn't at its best." This dip in temperature often coincides with the afternoon slump and overnight sleep. Hot showers or well-timed exercise can change our core temperature, according to Williams.

A single workout can change our body's temperature and thereby alertness, but an exercise routine can create widespread change, according to Charles Duhigg, author of "The Power of Habit: Why We Do What We Do in Life and Business."

"Typically, people who exercise start eating better and becoming more productive at work," he wrote. "They smoke less and show more patience with colleagues and family. They use their credit cards less frequently and say they feel less stressed. Exercise is a keystone habit that triggers widespread change."

In addition to exercise becoming a keystone habit, the activity itself can not only improve our lives but extend them. Better, longer lives -- exactly what many of us strive for on a daily basis.

"A new study of fitness and lifespan suggests that a person's so-called fitness age -- determined primarily by a measure of cardiovascular endurance -- is a better predictor of longevity than chronological age," wrote Gretchen Reynolds in a New York Times article this week titled "What's Your Fitness Age?"

"Fitness age is determined primarily by your VO2max, which is a measure of your body's ability to take in and utilize oxygen. VO2max indicates your current cardiovascular endurance." The more endurance, the better, according to Reynolds. His conclusion underscores the error of those who say that genetics alone determines our longevity, offering evidence that we do indeed have control over our outcome.

"Thankfully," wrote Reynolds, "fitness age can be altered." Ulrik Wilson, a professor of exercise science at the Norwegian University of Science and Technology who led the study, advised the following. "Just exercise."

So as you go about your daily routine, remember to lead your best life, use your body's rhythms to your advantage, and exercise every day.