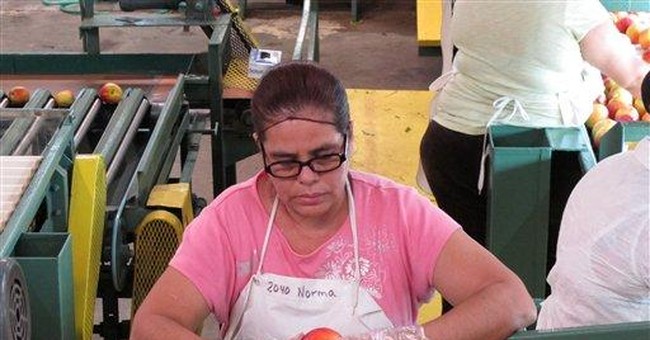 Georgia may appear at first glance to be a red state, solidly Republican, but its history is more complex. Those unfamiliar with its political history might be surprised to learn that, for 90 years, the Democratic Party so dominated Georgia that no Republican would run for the governor's office.

In the 1960s, there were only a handful of Republicans in the state. Rodney Cook, Sr., who died last year, was one of them, and Howard H. "Bo" Callaway, Sr., who died this week at age 86, was another. Others who rose to prominence include Mack Mattingly, who served as a U.S. senator from 1981-87, and my father, former speaker of the House and 2012 Republican presidential contender, Newt Gingrich.

I spent many of my formative years traveling around the state in the back seat of our family car while my parents went to meet with the state's few other Republicans.

When Callaway won Georgia's third district congressional seat in 1964, he was the only federally elected Republican in the state. He served just one term. Two years later, he defied the prevailing political winds and ran for governor of Georgia, thereby becoming the first Republican to seek that office since 1876.

His opponent was Lester Maddox. Callaway ran as a businessman, emphasizing growth and opportunity. While he won the plurality of the votes (453,665 vs. 450,626 for Maddox), a last-minute write-in campaign for Ellis Arnall, (Georgia's secretary of state, who had lost to Maddox in the primary), led to Callaway failing to win the majority.

At that time, in cases where no one won a majority of the votes, the state legislature determined the winner. Controlled by Democrats, the legislature selected Maddox. Callaway's appeal went to the U.S. Supreme Court, but the process was upheld.

While others may have been disillusioned by the results, Callaway was unswayed -- he kept serving his country and championing his party.

President Richard Nixon appointed him to serve as the secretary of the Army, and he served under President Gerald Ford as well, helping the Army transition to an all-volunteer force. He knew what he was doing: As a graduate of West Point, he had served as a lieutenant in the Army. He was a platoon leader in Korea and an instructor at Fort Benning, Georgia.

Through the decades, both in Georgia and Washington, Callaway and his wife, Beth, were steadfast supporters of Republican goals and regular attendees at GOP functions. Their support of the GOPAC efforts helped lead to the 1994 Republican takeover of the U.S. House of Representatives.

Callaway was a visionary in politics, and Georgia would look very different today were it not for his leadership.

The transition that Callaway began with his gubernatorial bid continued under Sonny Perdue, who in 2002 became the first Republican governor of Georgia since 1872. Perdue, originally a Democrat, had switched to the Republican Party in 1998.

Callaway's legacy extends beyond Georgian politics and into its soil. He oversaw the care and feeding of Callaway Gardens, a 6,500-acre resort complex located nearly two hours south of Atlanta and founded by his parents.

For the last several years, my family has traveled to the gardens on Mothers' Day weekend with my mother for picnicking and play.

Callaway Gardens holds a special place in my own family's history, too. When she was in high school, my mother would drive her siblings there during the summers. When I was growing up, our family would often travel to the gardens to meet my cousins from Columbus. The summer before my senior year in high school, I lived in Pine Mountain, the neighboring town and worked at the gardens' ice cream shop.

With its beach, golf course, vegetable garden, trails and butterfly house, Callaway Gardens provides city dwellers with a respite from the frantic pace of life.

I recall running into Callaway numerous times during the decades I have attended Republican Party functions. As a girl surrounded by adults, I had no trouble picking him out of the crowd: his tall, military bearing, serious expression and bushy eyebrows set him apart.

Bo Callaway was a treasure to his family, his state and his country. He served his country well, and his legacy, both in politics and in helping transform the red clay of South Georgia's Callaway Gardens into rich, black earth, will live for generations.