Trust in People Versus Control from Government 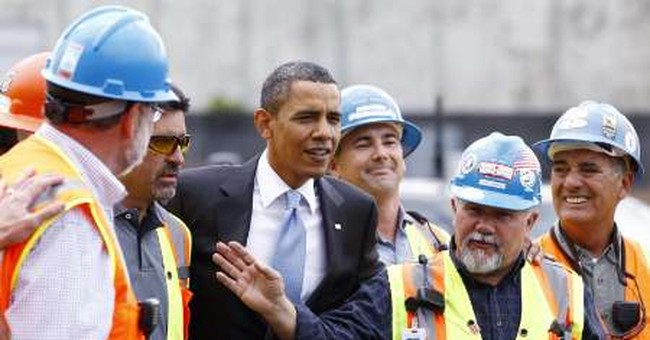 A friend mentioned in conversation yesterday that his new employment situation is not working out quite as expected. He had left a secure job and moved to a small business, but the new venture was not proceeding as planned.

As a way to change the course of the business, my friend has proposed a few ideas and options to the business owner. He is waiting to see what will happen. With more than 10 percent unemployment in the nation, you might assume he would be nervous and stressed. I certainly would be. For background, he has great business experience and is a hard worker and a connector of people, but so are many other people who are out of work.

As we parted ways, I threw out the closing remark, "I hope it works out for you."

His response: "I have found out that, over time, it normally does." He has faith that if he follows the process of working hard and creating value for his clients, the desired outcome will eventually follow. Possibly his optimism helps him take that one extra step that those less optimistic might not take.

His belief is one shared by most Americans: Over time, hard work, persistence, and trial and error pay off. This is the backbone of the free-enterprise system.

Our free-enterprise system is the focus of Arthur C. Brooks' new book, "The Battle: How the Fight Between Free Enterprise and Big Government Will Shape America's Future" (Basic Books, 2010). Just released, "The Battle" includes statistics that show 70 percent of Americans believe in the free-enterprise system. It argues that we can win the battle against those who want to use the present economic insecurities to move America toward promised stability through additional government control and programs.

Historically, America has been a country full of risk, opportunity and the right to "pursue happiness," not a country where happiness has been guaranteed. Free enterprise, Brooks argues, is about personal liberty (people choose their vocations), individual opportunity (hard work leads to reward) and entrepreneurship (a high tolerance for uncertainty, risk and reward).

The alternative the Obama administration is promoting is statism: bigger government, more government control and the promise of more personal security in return.

To assist in cultivating the under-30 crowd, the Obama administration has created a very different paradigm: Obama wants the government to pay off more of their school debt if new college graduates take a job in public service. Additionally, Obama has increased the number of government jobs and boosted their salaries.

On the opposite side, members of the Obama administration are focused on the outcome. Their belief is that "economic justice" means controlling the outcome. They are not concerned about the process (the redistribution of wealth), as long as people wind up with money. The focus is on control.

For the majority of Americans, pursuing happiness is, in part, about believing the process will lead to a desired outcome. It's about trust versus control.

For millions of Americans who are out of work, who have lost their retirement or whose homes are now underwater, their trust has been shattered. Brooks argues that it was shattered not by the process, but by government requirements that the outcome of the process provide more people loans for homes, regardless of the risk.

Throughout this battle, we are going to have to trust once again, as we go through the process of fighting for what is right, that the results we are seeking will follow.