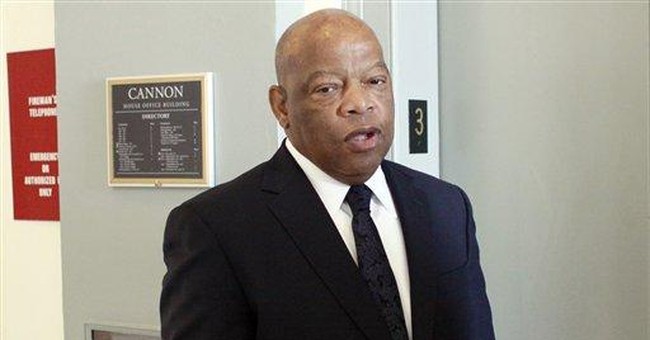 Patrick Henry uttered his famous line, "Forbid it, Almighty God! I know not what course others may take; but as for me, give me liberty or give me death!" on March 23, 1775.

Thomas Jefferson reflected these beliefs when he wrote our Declaration of Independence.

"We hold these truths to be self-evident, that all men are created equal, that they are endowed by their Creator with certain unalienable Rights, that among these are Life, Liberty and the pursuit of Happiness."

Our unalienable right of liberty -- the power to make individual choices -- is coming under attack from our own government. The new Patient Protection and Affordable Care Act mandates individual insurance coverage.

Set aside the distaste for backroom deals made behind closed doors, pressuring Congress for votes, increased taxes to fund special deals for individual states and an executive order to appease concerns about abortion funding. This is about more than making the legislative process "sausage production" look appetizing -- it's about the government redefining our rights.

"We have a moral obligation today to make health care a right," stated Rep. John Lewis, D-Ga., on the floor of the House during the final debate.

When health care was made a right, individual liberty was taken out of the lineup. The government made the decision for us. Even if the decision were correct, it is not the government's to make.

A rewrite of the Declaration of Independence according to some might read, "We hold these truths to be self-evident, that all men are created equal, that they are endowed by their Creator with certain unalienable Rights, that among these are Life, Health Care and the pursuit of Happiness."

Is health insurance coverage for Americans a good thing? Certainly. But a government big enough and powerful enough to think it can create a new right might also think it can add more, or even take away, those rights we currently have.

What if their next right is not right? Who is the government to decide for the people?

Ten years before Henry's fiery speech, the British Parliament passed the Stamp Act, on March 22, 1765. This act taxed internal trade within the American colonies. Paper used in transaction had to be embossed (or stamped) to prove that the tax had been paid. Taxed items included playing cards, newspapers, legal documents and even dice. The money raised by England was to be used to pay the cost of the French and Indian War fought in the colonies.

Many colonists thought that they had to acquiesce and pay the tax to England. They were ready to give up and give in without a fight -- to pay and proceed with business.

Others understood that it was not just the tax in and of itself that was unacceptable, but the precedent that it would establish. Prior to the passage of the Stamp Act, taxes were passed to regulate trade, not to simply raise money. The colonists were concerned that this was the first of many revenue taxes to be passed.

Thus, the colonists elevated their distaste from a rebuttal of the specific taxes to the rejection of the right of the British Government to pass taxation without representation.

The colonists showed their opposition to this potentially harmful precedent through protests, boycotts of British goods, fiery speeches, refusal by lawyers to use stamped paper and petitions to the King. Those appointed as stamp tax collectors were under pressure from their community and friends -- many resigned.

This was not the end of the British Parliament's attempt to control the colonies, but in the end we declared our American independence and won the war.

Today, like the colonists, we need to elevate our argument against the government. We have to understand and articulate that this health care reform is about much more than health care. This is about individual liberty and about our government responding to what its employer -- the American people -- wants. We want everyone to have access to insurance, but through incentives and markets, not government mandates.

In the end, based on our activity and our actions, we, the American people, get to determine how our country proceeds. Let us elevate the discussion and continue to fight for liberty.