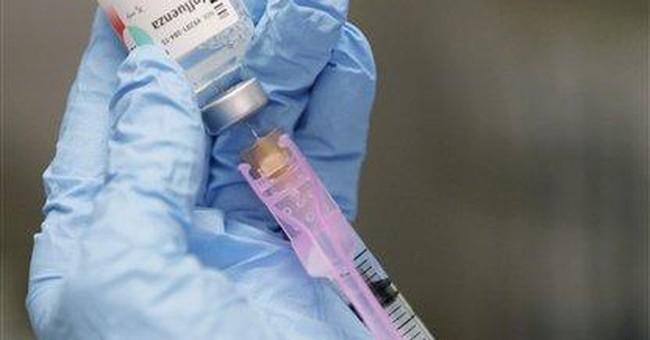 Since the emergence of the H1N1 flu in April of this year, and its classification in June by the World Health Organization as a global pandemic, I have been dreading the fall.

As the mother of two elementary school children, fall is not only the back-to-school season, but also the virus-spreading season. The first year our oldest child was in childcare, she rarely became ill, but my husband was sick for about nine months. It seemed that, as soon as he became well, he would catch something else. The good news is that he acquired immunities to the various childhood viruses and was soon healthy again.

The past few falls our family has followed a routine, hoping to stay in good health (enough sleep, good nutrition, exercise and good hygiene), and received seasonal flu vaccines. This fall is a bit different due to H1N1, also known as swine flu.

I have been worried about the new flu's potential impact on my family. The media headlines have been frightening. The recent report to the White House listing as a plausible scenario as many as 90,000 deaths in the United States due to the virus is alarming. This is more than twice as many as the seasonal flu, which normally results in 36,000 deaths in the United States per year, according to the Centers for Disease Control and Prevention (CDC).

Another reason for my heightened concern: The swine flu is more prevalent among younger adults and children than is the seasonal flu, according to the CDC.

This past weekend, both our children began running fevers. A dose of Tylenol brought the fevers down and allowed them to rest easier. Our initial thought was that they have a virus.

We called their pediatricians' office to schedule a visit, but once they determined there were no underlying health issues, they advised us to stay at home and treat them with over-the-counter medicines. The nurse said that she thought our children have the flu.

Since the H1N1 flu has been diagnosed in their school, and as I recently found out, in my children's classmates, it is probably the H1N1 flu -- especially since it's early for seasonal flu.

H1N1's predominant symptoms of high fever and coughing are also common to seasonal viruses, and the stomach symptoms are not as prevalent as in the seasonal flu. So be extra vigilant in regard to fever, as it may be the only symptom.

So far we are on our fourth day at home. It's a bit like house arrest, even though my husband has spelled me for a few hours each day. My surroundings are becoming a bit too familiar, but I am glad I am able to check on our children -- to see if they are feeling better and if they are responding to the medicine properly. It provides me with great peace of mind.

CNN Chief Medical Correspondent Dr. Sanjay Gupta provided reassuring advice this week regarding H1N1. The overall message -- that the H1N1 virus is different, but at this point, not significantly worse than the seasonal flu.

"The majority of children who develop flu-like symptoms this fall will have a few miserable days, and nothing more," he noted. "H1N1 is causing only mild to moderate illness, not the widespread deaths people are worried about."

He added that you should call your doctor if:

-- A baby younger than 12 weeks has a fever greater than 100.4 degrees Fahrenheit.

-- A child older than 12 weeks has a fever for three days.

-- A child is not passing urine or making tears for more than six hours.

-- A child does not smile or show interest in playing for several hours.

You should dial 911 if your child cannot speak while trying to breathe; has a blue or dark purple color to the nail beds, lips or gums; or is not responding to you because he is too tired or weak.

Gupta's final note replicated the advice of our school nurse: Children can return to school after going 24 hours without a fever and without the aid of fever-reducing medicine.

It's easy to fan the fires of fear, but it is important to slow down and assess the situation. While government should have a role in monitoring the disease, providing information and working with industry on vaccinations, as with many things the proper response to the swine flu pandemic includes individual responsibility.

Practice good hygiene, sleep well, and eat right. If you have a fever, stay home. If you have school-age children, plan ahead regarding who will stay home with them while they have a fever, and have over-the-counter fever reducers on hand. If the symptoms warrant, seek medical assistance.

We still cannot mention H1N1 or swine flu in front of our children due to their fears, but at least with additional information, I am sleeping a bit easier -- with only one eye open instead of both.