It's Not Just How You Look, It's How You Think 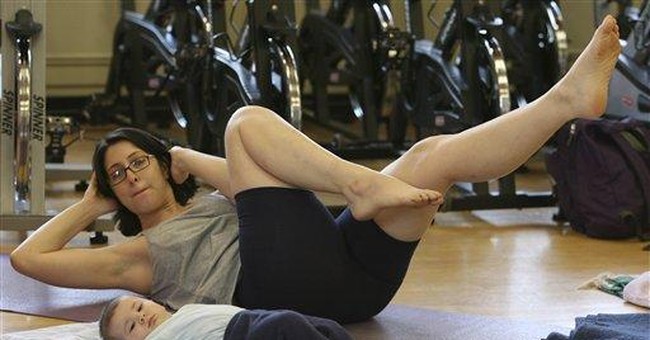 You already know – eat better, and less, and exercise more and you’ll lose weight and look better. What you may not know is that walking might help you think better.

In “Be smart, exercise your heart: exercise effects on brain and cognition” published last month in “Nature Reviews Neuroscience,” Drs. Charles Hillman, Kirk Erickson and Arthur Kramer, state that “aerobic exercise can improve a number of aspects of cognition and performance.”

For those of us who are beginning to misremember things (i.e., calling your child by the wrong name or giving up altogether and referring to her as simply “Hey, you”) this is great news – another reason to circle the block on foot.

In a study referenced in the article, sedentary adults ages 60 – 80 years were divided into an aerobically active group and a control group. Only those in the first group “showed significant improvement in dual task performance over the 10 week period,” the authors concluded.

They also reviewed other studies (compiling previously published data into a meta-analysis that increased the power of their findings) of exercise training in older adults and found exercisers’ executive cognitive ability (scheduling, planning, working memory, multi-tasking and dealing with ambiguity) improved the most. Also improved, but to a lesser extent, were controlled, spatial and speed of cognitive ability. This may explain why most CEO’s appear to be more fit than average Americans – the additional aerobic exercise also improves their waistlines.

But it’s not just older adults who are helped by exercise. The article cites recent studies for school-age children showing that "achievement in standardized tests of mathematics and reading was positively related to physical fitness scores” measuring aerobic fitness.

It added that other types of physical measures such as “muscle strength and flexibility fitness were unrelated to academic achievement.”

According to “A Nation at Risk: Obesity in the United States,” published by the American Stroke Association, and American Heart Association, with the Robert Wood Johnson Foundation, 16 percent of our nation’s children are overweight.

The sourcebook notes that “only 25 percent of high school students participate in at least a half hour of moderate physical activity on five or more days of the week.” While children ages 8 – 18 spend almost 4 hours a day watching TV, more than an hour using the computer, more than 45 minutes playing videogames and almost 45 minutes reading. Shocking – what I cannot figure out is – assuming these children go to school and do their homework – when do they sleep?

Exercise was one of our concerns when determining where “Hey you” and her brother would attend elementary school. At the time, I was not aware of the correlation between exercise and brain function – I just knew my children would not be able to sit still for 7.5 hours without a break to run around, use their bodies and expend energy.

The school they attend has physical education classes twice a week, and recess every day. The good news is that this activity among the school children will not only help them sit still longer and be healthier physically, it might also contribute to higher test scores in math and reading.

While contemplating the mental health benefits of aerobic exercise, remember that there are physical health benefits as well. Since “65 percent of people age 20 and older are overweight or obese,” according to “A Nation at Risk,” our nation can certainly use a bit more activity.

According to Prof. Steven Blair, an authority on exercise and health and professor at The Arnold School of Public Health at the University of South Carolina, Columbia, “The biggest impact of physical activity on improved longevity and quality of life can be achieved by almost anyone. If a person simply walks 10 minutes, three times a day, five days a week, then they will improve their aerobic fitness, feel better, and reduce the risk of chronic disease.”

Whenever I think about aerobics, Richard Simmons comes to mind – hopping around onscreen to disco music, exhorting viewers to “Sweat with the Oldies.” I believe he meant music - but whatever works. For those, like me, who have not heard about Richard in a while, he is alive and still kicking, selling DVD’s making appearances and is planning on celebrating his 60th birthday on a “Cruise to Lose.” His motto of the day for today is: “Step away from the fat! I repeat, step away from the fat, and no one will be hurt!” Silly, but if it this message provides inspiration or motivation for someone – then good for him.

The good news is that now I have another reason to exercise more aerobically – the bad news is that I cannot think of a good excuse to tell my running partner why I cannot run today, except that it’s February and cold.