Putin Has Already Lost the War

Ivan Eland
|
Posted: Mar 05, 2022 12:01 AM
Share   Tweet
The opinions expressed by columnists are their own and do not necessarily represent the views of Townhall.com. 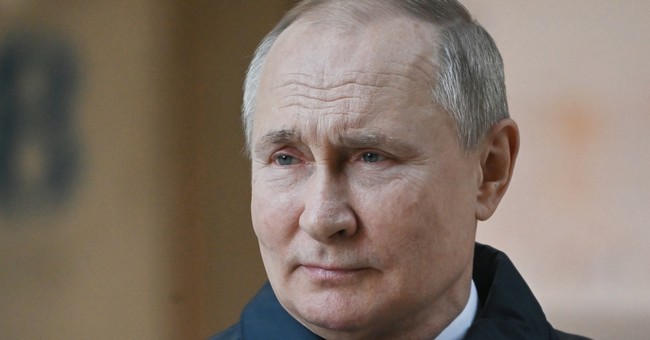 The war in Ukraine is still in its early stages, but Russia has likely already lost. The famous war theorist Carl von Clausewitz told us that “war is the continuation of politics by other means.” The key word here is “means.” In other words, wars should have a clear political objective on what the use of force is supposed to achieve. Vladimir Putin’s war aims seem muddled. Similarly, the West’s retaliatory economic sanctions attempt to use economic coercion to achieve a political end (Russian policy change). However, in applying violence or economic coercion, humans, even though the stakes are usually high, can get distracted by whose winning the war on the ground or how much economic suffering the sanctions have caused, only to lose sight of whether the policy end is being achieved.

In the case of economic sanctions, historically, no matter how severe a bite they have economically, they are not usually very successful in achieving substantial policy change in the target nation—such as, regime replacement, significant societal change, or a dramatic change in foreign policy--for example, motivating Saddam Hussein to withdraw from his invasion of Kuwait in 1990. Thus, the bad news is that any expectations that tough sanctions on Putin or Russia will motivate a withdrawal of Russian forces from Ukraine probably will be disappointed.

The good news is that Putin has likely already lost the war politically, no matter if he finally subdues Ukraine. Much of human satisfaction or grievance arises from the mismatch of reality with expectations. In this case, the capable Russian military was expected to quickly overpower the much weaker Ukrainian military and territorial defense forces and likely decapitate the Ukrainian government. The Russians may eventually do both, but the operative word here is “quickly” and that did not happen. Days into the invasion, Russian forces have been slowed by more fierce Ukrainian resistance than expected. Also, the vaunted Russian military was not able to rapidly establish air superiority over the battlefield; has not seemingly been able to fight at night; has lost many armored vehicles because its conscripts won’t get out of the vehicles to suppress Ukrainians with shoulder-fired anti-armor missiles; has pursued an overly complicated battle plan of attacking on many fronts, each one of which requires fire support from the ground and air and a separate logistics train; and has had logistical troubles, with stalled vehicles that ran out of fuel or broke down, seemingly because the Russians expected a speedy victory and failed to bring enough supplies.

Thus, Russia’s (at least initially) unexpected subpar military performance and Ukraine’s equally surprising scrappy underdog resistance has elated Ukrainians and the world and made the defenders fight harder, while reportedly infuriating Putin. The Russian military is still expected to triumph in the end, but the degree of Ukrainian societal mobilization may portend a long and vicious guerrilla war ahead—like one conducted by the Afghan Mujahideen, which drove the Soviet Union from that country in the late 1980s. If the war moves into guerrilla phase, the advantage could well turn to the Ukrainians, who are fighting for their homeland and can outwait Putin, who already apparently has an unpopular war on his hands--even before the costs lives and money start to mount the longer it lasts.

But even if the Russians eventually prevail, the Ukrainians have already won the expectations game. This would not be the only time when a great power won the war militarily and lost it politically. The French won a counterinsurgency war in Algeria in the early 1960’s but Algeria got its political independence anyway. Similarly, in South Africa at the turn of the twentieth century, the British used brutal tactics to militarily win a war against Dutch-descended Boers, only to be compelled to grant their independence shortly thereafter. Of the three wars that confounded the British in trying to subdue Afghanistan in the nineteenth and early twentieth century, they won the third one militarily but lost politically—with the Afghans gaining control of their foreign policy. The vaunted Israeli military won the 1973 war against the Arabs, but the Egyptians did better than expected, winning politically. Finally, it can be said that the North won the U.S. Civil War militarily but lost the peace politically, dooming Reconstruction, and relegating African Americans to an entire century of oppression--ameliorated only through the largely peaceful Civil Rights movement of the 1950’s and 1960’s. Most recently, initial wins in Afghanistan and Iraq by the U.S. military, the best in the world, ended in disastrous long warfare against guerrillas—the most political kind of warfare.

If Putin is smart, he will try to cut his losses and immediately withdraw his forces from Ukraine. However, that probably will not happen. In his rage, if attempts to fully subdue the second largest land mass in Europe containing 44 million Ukrainians, especially by using scorched earth tactics that kill many civilians by shelling cities or employing thermobaric (extremely powerful) bombs, he clearly will face a long guerrilla war with apoplectic Ukrainians and nearly complete isolation from the world. He may even be politically wounded at home or even ousted from power. Therefore, as experienced by many arrogant great powers in the past, even an initial Russian win militarily will be a loss politically.