The Immigration Pitch Republicans Should be Making to Hispanic Voters 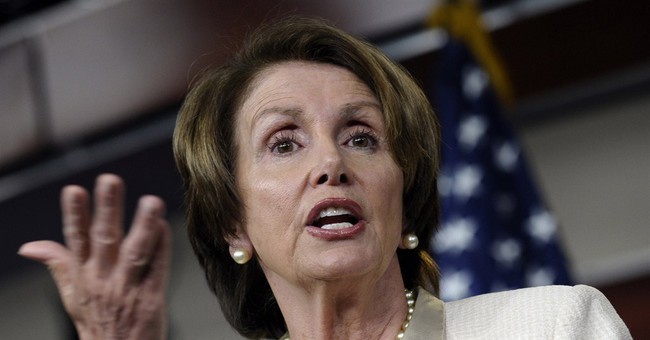 Chuck Schumer, Nancy Pelosi and Charlie Rangel are all very concerned. They are all losing sleep about the potential demise of the Republican Party if an illegal alien amnesty bill is not approved by the House.

Republicans, of course, have good reason to be concerned about the party’s lack of appeal with Hispanic voters. About 70 percent of Hispanics vote Democratic. However, this is not a new phenomenon. Hispanics are traditionally a Democratic constituency. What has changed in recent years is the size of the Hispanic electorate, which has turned the gap between 70 percent and 30 percent into a chasm.

The Republicans’ failure to attract large numbers of Hispanic votes has little to do with the party’s stance on immigration, and everything to do with economics. Hispanics, as a group, are significantly poorer than the population generally. In 2009, median U.S. household income was $60,088 compared with just $39,730 for Hispanic households. Low-income voters – people who pay little, if anything, in federal taxes and who are more likely to depend on government programs and services – tend to vote for Democrats.

They also tend not to have amnesty for illegal aliens at the top of their political wish-lists. Exit polling, last November, found that the economy was the most pressing issue for 59 percent of Hispanic voters. A mere 6 percent of Hispanics said that immigration policy was a determining factor in deciding who to vote for.

Not surprisingly, folks like Schumer, Pelosi and Rangel are more than happy to have the Republicans chase after the 6 percent while ignoring the 59 percent. What is surprising is that many key Republicans – John McCain, Jeb Bush, Paul Ryan, and Karl Rove, to name a few – seem to think that pandering on immigration is the party’s path to political salvation.

Ironically, opposing amnesty for illegal aliens and massive increases in new permanent and temporary immigration would give Republicans a far better chance to woo the millions of Hispanics who cast their votes based on economic interests.

Republicans could make a very credible case that limiting immigration and enforcing laws against illegal immigration is the best prescription for Hispanic advancement. So long as millions of new immigrants flood into our already soft labor market, struggling American workers will have a harder time finding jobs or improving their wages. Given that new immigrants –legal and illegal – disproportionally congregate in communities and sectors of the labor market already occupied immigrants it is they who bear the greatest economic brunt.

Amnesty for illegal aliens would disproportionally affect Hispanic workers. While some 8 million illegal aliens are believed to be working in the U.S., they are limited to a small subset of jobs offered by employers who are prepared to break the law. After amnesty, current illegal aliens would be legally entitled to compete for nearly every job in the U.S. economy. Moreover, because the Senate-passed Gang of Eight bill exempts employers of amnestied aliens from their health care obligations under Obamacare, employers would have a $3,000 a year incentive to hire them instead of Hispanic citizens.

The adverse impact of mass immigration on Hispanic voters is not limited to jobs and wages. Among the other issues that rank high on the list of Hispanic voters’ concerns is the quality of education their kids receive More often than not, the children of recent immigrants crowd into underperforming schools in communities with large minority populations. Often this means diverting scarce educational resources to meeting the special language and other needs of these new arrivals, placing already at-risk students at an even greater disadvantage.

As the immigration debate moves to the House, the challenge for the GOP is to define what they are for, not just what they are against. It’s time for Republican leadership to articulate how reducing immigration and enforcing existing laws will allow free market supply and demand to bid-up wages and improve job prospects for all Americans. That’s an appealing message for Hispanic voters whose votes are driven by economic concerns and a winning strategy for a party in search of a solution.