An Anti-Semite Asks & Is Answered: Is Israel Racist? (Part 1)

Ilana Mercer
|
Posted: Dec 04, 2020 12:01 AM
Share   Tweet
The opinions expressed by columnists are their own and do not necessarily represent the views of Townhall.com. 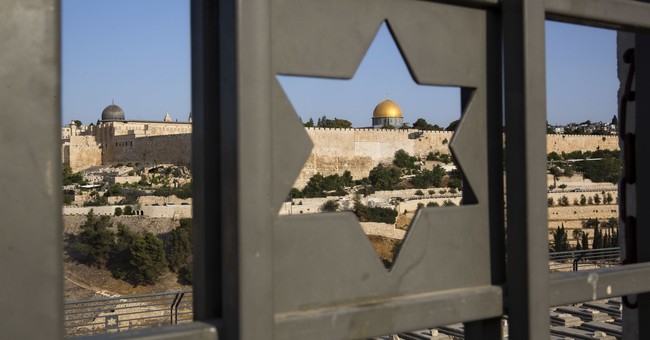 Some months ago, a gentleman who pens anti-Semitic tracts approached me for an interview. I agreed. Being a naïve methodological individualist, I never generalize about individuals. That my interlocutor writes crude anti-Semitic boilerplate did not mean I would not give him a chance to reveal himself as someone other than a crude anti-Semite.

After I had already answered his written questions in full, however, he bailed.

Here, then, is my reply to one of many loaded and leading questions I was asked and had answered in good faith.

A leading question is one that suggests an answer. Since I am Jewish, I was considered a priori guilty. Of what? Well, you know: "nudge nudge, wink wink, say no more," as goes the Monty Python skit.

In his case, the fact that I married gentiles twice was not enough to clear me from charges of “Jewish supremacy.” I was pelted with uncouth, inappropriate, bias-confirming questions such as, “Do you think that marrying a non-Jew was a mistake and you should only marry another Jew?”

One of the less flighty questions was, “Do you believe Israel is a racist state?”

I’ve been deconstructing the construct of racism in my latest Townhall.com columns, analytically showing that, at worst, racism is a worldview, a state of mind—often spoken or written, and entirely the prerogative of a free people, just so long as no corporeal aggression is committed.

Gleaned from the gentleman’s own enthusiastically affirmative reply to his question—it was clear that he had failed to draw the distinctions made in this Townhall.com column, “Racism: How to Intellectually Destroy the Left.”

That distinction is, very plainly, that we have no way of divining what’s in a person’s mind—in this case Officer Chauvin’s, as he pressed down on Floyd’s neck, for eight minutes and 46 seconds. All we know is that it was wrong, and that there are laws that address unprovoked or excessive violence.

To extrapolate to Israel: To the extent Israeli soldiers or law enforcement act with depraved indifference or commit felony crimes against innocent Palestinian civilians—to that extent they should be punished and, I venture, are punished.

When all is said and done, however, there is no credible way of inferring racism from Israeli acts of depraved indifference, or from Chauvin’s.

Nor should we, given that “racism” is mostly a mindset.

Anyone who partakes in weaponizing the nebulous racism construct is a progressive—and certainly a bad person, in my book.

Prejudice—here used as the right to pre-judge—is a concept more fittingly attached to the Jewish ethno-state, not racism. The idea of rejecting some and welcoming others into the fold, as Israel most certainly does, is an extension of an individual’s right as a sovereign, discerning human being.

So long as no real violence and aggression are involved, the right to pre-judge and, consequently, to associate or dissociate in accordance with one’s prejudgments—this is the prerogative of a free person, and, by extension, of a free group of people, living in voluntary association.

Again, the freedom to exclude is not racist. Rather, it is the inherent right of free individuals, living severally or collectively.

The freedom to exclude is a libertarian tenet of liberty. This, not racism, is the reason many libertarian-minded conservatives were with Barry Goldwater in opposing the Civil Rights Act of 1964, as it dictated with whom people may associate or dissociate from—who they employ, serve, sell to, bake for, or rent to.

Free people associate and dissociate at will.

To wit, say a retail store selling Nazi insignia and memorabilia opens its doors in my neighborhood. I enter in search of the yellow Star of David Jews were forced to wear during the Third Reich. The proprietor, decked out in Nazi regalia, says, “I’m sorry, we don’t serve Jews.”

“Don’t be like that,” I reply. “Where else can I find a pair of clip-on, yellow Star-of-David earrings?” (My ears aren’t pierced.) The Nazi sympathizer is polite but persistent: “Ma’am, I mean no disrespect, but back in the Old Country, Jews murdered my great grandfather’s cousin and used his blood in the leavening of the Passover matzah.”

“Yeah,” I reply. “I’m familiar with that blood libel. I assure you my own mother’s matzo balls were free of the blood of brats, gentile or Jewish. No matter. I can see where you’re coming from. Your loss. Good luck.”

There! Did my courtesy to the man’s oddball “sensibility” hurt me? No, it didn’t. It enhanced his freedom and hurt me not at all. (There’s Etsy.com for those earrings.)

It is with the same courtesy and good cheer that I had agreed to reply to my interviewer’s loaded and leading questions.  Alas…

In Part 2: Racism, as understood in the US, is more often concerned with discrimination based on distinct physical characteristics. That will be addressed, next week, vis a vis Israel.

Ilana Mercer has been writing a weekly, paleolibertarian column since 1999. She’s the author of Into the Cannibal’s Pot: Lessons for America From Post-Apartheid South Africa (2011) & The Trump Revolution: The Donald’s Creative Destruction Deconstructed” (June, 2016). She’s currently on Gab, YouTube, Twitter & LinkedIn, but has been banned by Facebook.