December Dates that Live in Infamy

Humberto Fontova
|
Posted: Dec 21, 2019 12:01 AM
Share   Tweet
The opinions expressed by columnists are their own and do not necessarily represent the views of Townhall.com. 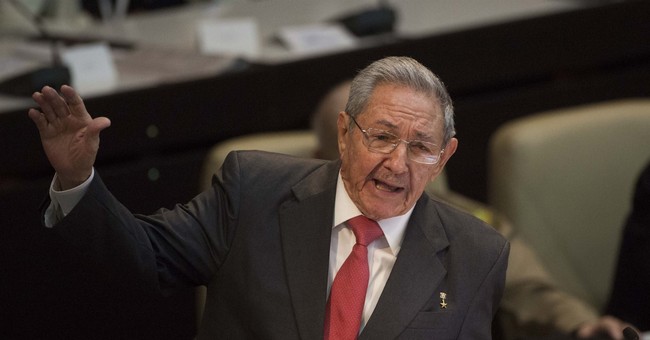 December 7th commemorates a day America sets its jaw, rolled up its sleeves, and vowed to counterattack a vicious totalitarian enemy.

In short order this enemy – much of its homeland in virtual ashes - found itself degradingly signing an unconditional surrender. This enemy was shocked at the courage and resourcefulness in battle of the “sleeping giant they woke”—and equally shocked by its magnanimity in victory.

On the other hand, Dec. 17th commemorates a day a whimpering American president surrendered unconditionally to blackmail from the totalitarian enemy 90 miles off our coast.

The Fake News Media, Democrats and libertarians hail Obama’s surrender to Raul Castro as an “opening!” as a “diplomatic milestone!”  In fact it was a humiliating U.S. surrender to terrorist regime that had kidnapped a U.S. hostage named Alan Gross and offered to exchange him upon the  freeing and return to Cuba of multi-convicted Castroite spy/terrorist/murderer (of American citizens) Gerardo Hernandez.

This blackmail by the mass-murdering Russian satraps on our doorstep gave Obama just the excuse he needed to finally –and officially--buddy-up with them, a Democrat goal/craving for decades.

In brief: Obama’s “Cuba legacy” (for the folks who actually bother to study this issue) is simply one of shame, disgrace and humiliation for the USA….And oh! Almost forgot—increased poverty and repression for the Cuban people, for whom Obama (and his lap-dog media) claimed he was acting as benefactor.

In brief, everything your humble servant predicted on Fox News five years ago came to pass.

Not that the prediction required special clairvoyance or education. Practically all of those media-loathed “deplorable right-wing Cuban exiles!” (i.e. people with actual experience under Castroism) were predicting the identical thing.

Accurate predictions regarding Cuba policy is not rocket science, amigos. It’s simply a matter of rejecting practically everything the Fake News Media has “reported” about the Castros and Che Guevara since 1957.

You see, amigos:  Back onDecember 3rd, 2009, Alan Gross, a U.S. citizen distributing cell phones and computer equipment to Cuba’s Jewish community on contract for the U.S. Agency for International Development, prepared to board a plane homeward at Havana’s International Airport. Hovering nearby, but unnoticed by Mr. Gross, were plainclothes officers of Castro’s KGB-trained secret-police.

As the boarding order loomed, these officers rushed up and grabbed Mr. Gross, who then languished in Castro’s dungeons until he was ransomed by Obama on Dec. 17th 2014, under the guise of a “diplomatic opening.”

This ransoming involved treachery on the part of the State Department that rivaled their treachery in the Benghazi scandal/tragedy. Your humble servant detailed this treachery right here at Townhall.

The U.S. ransom was almost unprecedentedly shameful in the annals of U.S. diplomacy. I say “almost” because it closely mimicked the whimpering Obama’s ransom to the snickering Taliban for Bowe Bergdahl. You’ll recall the Taliban got five of their terrorists back from Gitmo as the ransom.

But Castro came out of his blackmailing of Obama smelling even rosier than the Taliban. In fact, well before the Stalinist dictator got his spy/murderer back, Castro was already reaping enormous benefits from the Obama Team.

You see, amigos: Promptly upon entering office in 2009Obama began frantically issuing executive orders to circumvent the (so-called) embargo of Cuba and open a financial lifeline from the U.S. (often on the taxpayers’ dime) to the Castro Family-Crime-Syndicate (grotesquely mislabeled as “Cuba” by the Fake News Media.)

“Here I come to save the day!” was a good motto for Obama and his team of whimpering Cuba policy Pajama Boys (Ben Rhodes, particularly) - because that U.S. economic lifeline came just as Venezuela’s was drying up.

Interestingly, similar to Patty Hearst with her kidnappers, Castro’s kidnap victim Alan Gross seemed to develop (a type of) crush on his kidnappers–though on a different level than Hearst’s.

Once free upon Obama’s surrender to his kidnappers, Alan Gross quickly joined the ranks of Castro’s (unregistered) U.S. agents in calling for an end to the (so-called) Cuban embargo.

Oh, I know…I know the liberal/libertarian mantra has it that “the embargo is the Castro regime’s best friend because it gives them an excuse…blah…blah…blah.” Despite this Ana Belen Montes, Carlos and Elsa Alvarez and Kendall and Gwendolyn Myers (all convicted Castroite spies in federal prison today) worked tirelessly to influence U.S. policy AGAINST the “embargo”– while working as secret agents. Interesting no?…If that doesn’t close the case against the KGB/Castro-crafted and liberal/libertarian-parroted anti-embargo meme I don’t know what does.

Alan Gross started chanting the Castro/KGB-crafted and liberal/libertarian-parroted critique of the (so-called) embargo perfectly on cue, almost upon his release.

Afterwards he took to bashing Trump’s Cuba policy and even comparing Trump to Fidel Castro!  Well, kidnap and Stockholm-syndrome victim Alan Gross was always an Obama backer. But here’s a question:

Would a snickering Castro have tried his little kidnapping of a U.S. hostage stunt with Trump in the White House? Not a chance.