Humberto Fontova
|
Posted: Mar 23, 2019 12:01 AM
Share   Tweet
The opinions expressed by columnists are their own and do not necessarily represent the views of Townhall.com. 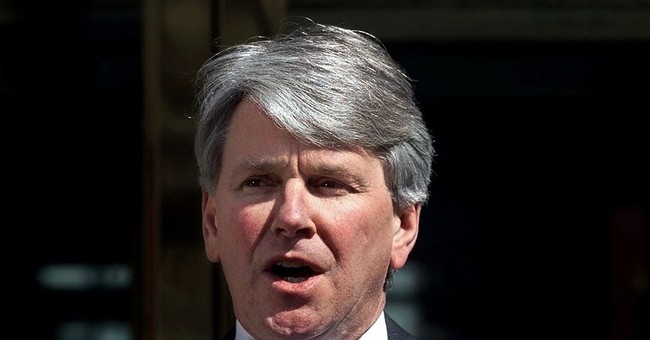 Because you see, amigos: Gregory Craig’s shenanigans with Manafort and Yanukoych seem like mild mischief compared to his shenanigans on behalf of Bill Clinton, Dan Rather and  Fidel Castro.

At the time of these later-named shenanigans, the aforementioned president of the U.S. (Clinton) and the megastar of the U.S. media (Rather) were dutifully and cravenly fulfilling the express wishes of the mass-murdering, terror-sponsoring dictator whose lifelong craving was to nuke the U.S. (Fidel Castro.)

The rabidly anti-American, mass-murdering, nuke-mongering dictator’s wishes were pretty straightforward: that the rescued refugee boy Elian Gonzalez, whose mother drowned or was eaten alive by sharks while escaping his fiefdom with her son, and whose father was initially overjoyed to hear of their escape--be promptly returned to Stalinist Cuba.

To butter-up a gullible-about-Communist-dictatorships U.S. public (no, I’m afraid this gullibility didn’t start with today’s “millennials,” as we’ll see in a minute), Elian’s father Juan Miguel Gonzalez was to be showcased on prime-time U.S. media as a horribly grief-stricken, tear-streaked father who desperately wanted his hapless son (being kept hostage by malicious “right-wing Cuban exiles” in Miami) returned to his loving arms and to the free and fabulous healthcare and education provided by the munificent Castro regime.

Officially Gregory Craig, then fresh from a victory as Clinton’s impeachment defense lawyer, was appointed by President Clinton as attorney for Elian's father, Juan Miguel Gonzalez. This humble man worked as a hotel doorman in a nation where the average monthly salary is $16. The high-rolling Gregory Craig worked for Washington D.C.'s elite firm, Williams & Connolly, one of America's highest-priced law firms (and that also represented CBS, important datum as we’ll see in a minute.)

Upon accepting the case, Gregory Craig had flown to Cuba for a meeting with Fidel Castro himself. Craig's remuneration, we learned shortly after his return, came from a "voluntary fund" set up by the United Methodist Board of Church and Society and "administered" by the National Council of Churches. The same Fake News Media that routinely erupts with snide snorts midway through any statement by President Trump or Sarah Huckabee Sanders reported Craig’s remuneration solemnly and with a straight face.

Unfortunately for Mr. Craig, we have an eyewitness named Pedro Porro about his definition of "uncoercion.”

On the April 6th 2000 edition of the historic Fake News vehicle CBS 60 Minutes, America saw a “heartsick” Juan Miguel Gonzalez, “pleading” to be allowed to have his motherless son accompany him back to Cuba, his cherished homeland.  Fake News pioneer Dan Rather (who hailed Fidel Castro as “Cuba’s Elvis!” and who was a Craig crony) was the one interviewing Elian’s “bereaved” father.

"Did you cry?" the pained and frowning Dan Rather asked the "bereaved" father during the 60 Minutes drama. "A father never runs out of tears," Juan sniffled back to Dan. And the 60 Minutes prime-time audience could hardly contain their own sniffles.

Here's what America didn't see: "Juan Miguel Gonzalez was surrounded by Castro security agents the entire time he was in the studio with Rather." This is an eye-witness account from Pedro Porro, who served as Dan Rather's translator during the famous 60 Minutes interview. Dan Rather would ask the question in English into Porro's earpiece whereupon Porro would translate it into Spanish for Elian's heavily-guarded father.

"Juan Miguel was never completely alone," says Pedro Porro. "He never smiled. His eyes kept shifting back and forth. It was obvious to me that he was under coercion. He was always surrounded by security agents from the Cuban Interest Section, as they called it. When these agents left him alone for a few seconds, Gregory Craig himself would be hovering over Juan Miguel."

Gregory Craig had led the Juan Miguel/Cuban-Security entourage into the studio, then presided over the interview as a movie director. "Most of the questions Dan Rather was asking Elian's (terrified) father during that 60 Minutes interview were being handed to him by Gregory Craig," says Pedro Porro. "It was obvious that Greg Craig and Dan Rather where on very friendly terms. They were joshing and bantering back and forth, as Juan Miguel sat there petrified. Craig was stage-managing the whole thing. The taping would stop and Craig would walk over to Dan, hand him a little slip of paper, say something into his ear. Then Rather would read straight from the paper."

Midway through watching that (edited) "60 Minutes" broadcast, "I felt like throwing up," says Porro. "My stomach was in a knot." His worst fears were confirmed. (But polls quickly showed that a majority of Americans backed Fidel Castro on this issue.)

A week later Reno's INS maced, kicked, stomped, gun-butted and tear-gassed their way into Lazaro Gonzalez's house. Heavily armed INS agents wrenched a bawling 6-year-old child from his family at machine-gun point, and bundled him off to a Stalinist nation (against his father's true wishes.) They left 102 people injured, some seriously. Many of the injured were ladies who had brandished dangerous weapons. These weapons were rosaries. No "60 Minutes" "investigative report" on that, however.