Humberto Fontova
|
Posted: Oct 27, 2018 12:01 AM
Share   Tweet
The opinions expressed by columnists are their own and do not necessarily represent the views of Townhall.com. 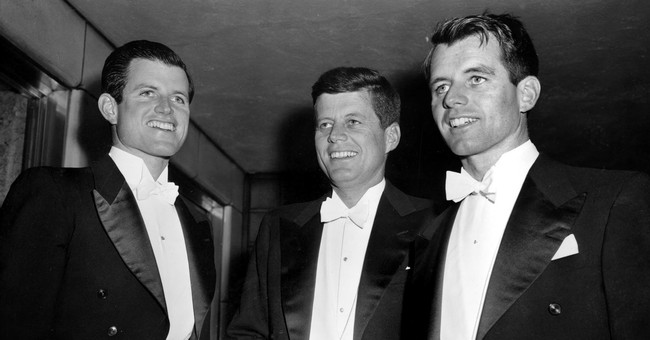 Those who think “Fake News” started with Trump’s term and the media’s “slobbering love affair” with a U.S. president started during Obama’s should have seen John F. Kennedy’s term.

Imagine Obama's term with no Fox News, internet, social media or talk radio. Imagine press conferences where the reverence and adulation for Sarah Huckabee Sanders surpasses anything Hillary Clinton gets as a guest on The View. That’s about what JFK and his press secretary Pierre Salinger enjoyed.

And tragically, the fairy tales Kennedy’s court scribes (with their adoring media cohorts of the time) concocted about JFK’s Pattonesque handling of the Cuban Missile Crisis (56 years ago this week) prevail in media/academic circles even today.

In fact, that Khrushchev swept the floor with cowed Kennedy during the Cuban Missile Crisis was mainstream conservative conclusion throughout much of the Cold War. Richard Nixon and Barry Goldwater, for instance, represented opposite poles of the Republican establishment of their time.

"Kennedy pulled defeat out of the jaws of victory,” complained Richard Nixon. "Then gave the Soviets squatters rights in our backyard."

Even Democratic luminary Dean Acheson despaired: "This nation lacks leadership," he grumbled about the famous “Ex-Comm meetings” so glorified in the movie Thirteen Days. "The meetings were repetitive and without direction. Most members of Kennedy's team had no military or diplomatic experience whatsoever. The sessions were a waste of time."

In fact Khrushchev prepared to yank the missiles before any “bullying” by Kennedy. “What!” Khrushchev gasped on Oct. 28th 1962, as recalled by his son Sergei. “Is he (Fidel Castro) proposing that we start a nuclear war? “But that is insane!...Remove them (our missiles) as soon as possible! Before it’s too late. Before something terrible happens!” commanded the Soviet premier.

Castro's regime was granted new status. Let's call it MAP, or Mutually-Assured-Protection. Cuban freedom-fighters working from south Florida were suddenly rounded up for "violating U.S. neutrality laws." Some of these bewildered men were jailed, others "quarantined," prevented from leaving Dade County. The Coast Guard in Florida got 12 new boats and seven new planes to make sure Castro remained unmolested.

JFK's Missile Crisis “solution” also pledged that he immediately pull the rug out from Cuba’s in-house freedom-fighters. Raul Castro himself admitted that at the time of the Missile Crisis his troops and their Soviet advisors were up against 179 different "bands of bandits" as he labeled the thousands of Cuban anti-Communist rebels then battling savagely and virtually alone in Cuba's countryside, with small arms shipments from their compatriots in south Florida as their only lifeline.

Kennedy's deal with Khrushchev cut this lifeline. This ferocious guerrilla war, waged 90 miles from America's shores, might have taken place on the planet Pluto for all you'll read about it in the mainstream media and all you'll learn about it from Kennedy’s court scribes, who scribbled Kennedy’s Missile-Crisis “victory.” To get an idea of the odds faced by those betrayed Cuban rebels, the desperation of their battle and the damage they wrought, you might revisit Tony Montana during the last 15 minutes of "Scarface."