Why Was North Korea’s Head of Intelligence and Cyber-Warfare Recently Welcomed in Cuba?

Humberto Fontova
|
Posted: Aug 12, 2017 12:01 AM
Share   Tweet
The opinions expressed by columnists are their own and do not necessarily represent the views of Townhall.com. 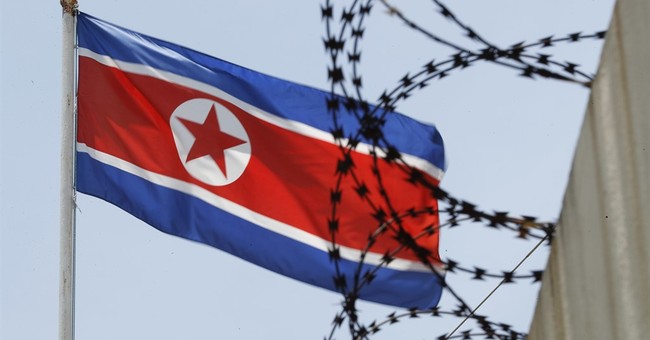 "Cuba is resolutely opposing the U.S. sanctions and pressure against North Korea and expressing full support for the just steps of North Korea in bolstering up defense capabilities including ICBM test-fires…we express our deep thanks to the Korean people who are sending  solidarity to the Cuban people's just cause."

“The Cuban party, government and people are always sided with the Workers’ Party of Korea, Korean government, and Korean people…Cuba and Korea are located far from one another, but are fighting in the same trench of continuing the joint struggle against imperialism,” (Kim Jong Un,  July, 5, 2016).

Talk is cheap, of course, and declarations of “friendship and support” rank among the cheapest, especially among diplomats (professional liars.)

Alas,  whatever else you might say about these mass-murdering, terror-sponsoring regimes,  Cuba and North Korea’s vows of  love and support have proven inviolate--for better, for worse, for richer, for poorer, in sickness and in health.

A few months before North Korea’s intelligence chief visited Havana (in fact at precisely the time President Obama was in Havana doing “The Wave!” at a baseball game with Raul Castro) the Castro regime signed a “confidential military cooperation and intelligence-sharing agreement” with North Korea.

“What!” Khrushchev gasped on Oct. 28th 1962, as recalled by his son Sergei. “Is he (Fidel Castro) proposing that we start a nuclear war? That we launch missiles from Cuba?”

And Che Guevara agrees: “If the missiles had remained in Cuba, we would have fired them against the very heart of the U.S., including New York City.” (Che Guevara, Nov. 1962)

“Ah!” Raul and his Cuban Stalinist chums must be reminiscing this week. “The good ole days!”

Though the exhilarating memory of  almost incinerating millions of Americans (and Russians and Cubans) has faded somewhat, Castro and his chums have probably still been gloating this week-- in view of their (not inconsiderable) role in the Korean Missile Crisis.

You see, amigos:  North Korea’s nuclear missile system probably owes much to the Castro regime. In July 2013 a North Korean ship full of Cuban weapons (including jet planes and missiles) was caught red-handed trying to cross the Panama Canal.  But don’t take it from me!

“Some say that the (North Korean) ship’s cargo was linked to the state’s (North Korea’s) nuclear ambitions, pointing to indications that surface-to-air missile systems found on board were designed to defend its (North Korea’s) fledgling nuclear program.” Take it from the Christian Science Monitor. (Not exactly a Cuban-exile scandal sheet.)

“A nuclear weapons capability has to be viewed from a complete system perspective,” explains Graham Ong-Webb (Gosh? That doesn’t sound like a Cuban-exile name?), research fellow at the S. Rajaratnam School of International Studies in Singapore (Gosh? That’s not Miami? And the place doesn’t sound like a bunker of crackpot, embittered right-wing Cuban exiles trying to crank up a war with Cuba so they can reclaim their ill-gotten casinos, sugar plantations and bordellos?)

“In order to have a full-fledged (nuclear) capability,” continues Mr Ong-Webb, “you have to have real system to protect assets.”

Characteristically, at the time of this major international scandal, Townhall was enlightening its readers with this vital story of arms smuggling by the terror-sponsor on our doorstep—a story pretty much blacked-out by the Fake News Media. Their Cuba “news” bureaus, you see, would have been imperiled by reporting something so disdainful of those who bestow the visas for those “news” bureaus.)

“Two surface-to-air missile systems recovered from Chong Chon Gang, the SA-2 and SA-3, could have been used by North Korea to guard nuclear production, storage, and missile sites,” Mr Ong-Webb testified. “The role of the SA-2 and SA-3 is very simple: to take down incoming (U.S. probably) fighter aircraft that can strafe and destroy these sites or bomb them.”

“Cuba is not a threat to the United States…They don’t implicate our national security in a direct way…I’m optimistic we’ll continue to make progress and that this can indeed be a turning point not just between the United States and Cuba but for greater cooperation among countries across the region.” (Barack Obama, April 11, 2015 while removing Cuba from the official State Department list of terror-sponsoring nations.)

Not that Obama’s “shrewdness” on the Castros was anything new among U.S. Cuba “experts.”

“Fidel Castro is not only NOT a communist –he’s a strong ANTI-Communist fighter. He’s ready to help us in the hemisphere’s anti-communist fight and we should share our intelligence with him.” (CIA Cuba “expert” Frank Bender, April, 1959.)

“Nothing but Cuban refugee rumors. (referring to reports of Soviet missiles in Cuba.)  Nothing in Cuba presents a threat to the United States. There’s no likelihood that the Soviets or Cubans would try and install an offensive capability (missiles) in Cuba.” (JFK’s sneering National Security advisor, McGeorge Bundy on ABC’s Issues and Answers on October 14, 1962.)

“There’s fifty-odd-thousand Cuban refugees in this country, all living for the day when we go to war with Cuba. They’re the ones putting out this kind of (missile) stuff.” a sneering President Kennedy Oct. 15, 1962.)