Humberto Fontova
|
Posted: Nov 26, 2016 12:01 AM
Share   Tweet
The opinions expressed by columnists are their own and do not necessarily represent the views of Townhall.com. 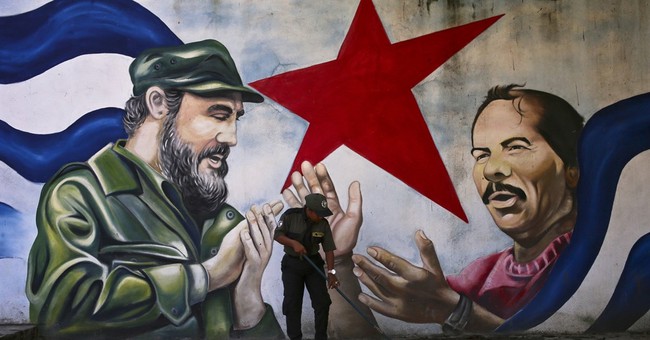 (Important note: this terror plot to murder thousands of American holiday shoppers was planned  by essentially the same Stalinist terror-sponsors who rule Cuba today and who receive an estimated $4 billion annually from the U.S.-- thanks mostly to Obama’s executive orders that loopholed the “Cuban embargo” half to death. For his transition team, President-elect Trump has just appointed a former Treasury Dept. official who probably ranks as the most knowledgeable American on how horribly the letter of U.S. law [the Cuban embargo] has been violated by Obama in his “opening” to the terror-sponsoring Castro regime. Consequently, nobody is better positioned to direct any efforts to repair the terrible damage to the letter of U.S. law done by Obama regarding Cuba. Issue explained in greater detail here.)

On Nov. 17, 1962, J. Edgar Hoover’s FBI cracked a plot by Cuban agents that targeted Macy's, Gimbel's, Bloomingdale's and Manhattan's Grand Central Terminal with a dozen incendiary devices and 500 kilos of TNT. The explosions were timed for the following week, the day after Thanksgiving. Macy’s get’s 50,000 shoppers that one day. Thousands of New Yorkers, including women and children—actually, given the date and targets, probably mostly women and children—were to be incinerated and entombed.

At the time, the FBI relied heavily on “HUMINT” (Human Intelligence.) So they’d expertly penetrated the plot, identified the ringleaders and had them tapped. One by one the ringleaders were ambushed and arrested.

Among these apprehended terrorist ringleaders were two KGB-trained Cuban agents who worked as “diplomats” in Cuba’s UN mission. Their names were Jose Gomez-Abad and Elsa Montero. Alas, they enjoyed “diplomatic immunity” and were soon back in Cuba as heroes instead of in electric chairs at Sing Sing.

“Elsa Montero and Jose Gomez Abad championed this project,” is a phrase that appears in the acknowledgements to a book, titled, Inside the Cuban Revolution by the Council on Foreign Relations resident Cuba “expert” Dr. Julia Sweig. Among many other scholarly accomplishments, according to her own C.V., “Dr. Sweig…helped lay the groundwork for President Obama’s current (Cuba) policy initiative."

Just to make sure you caught it, amigos: one of the proud architects of Obama’s Cuba policy proudly and publicly thanks Cuban terrorists who were caught red-handed attempting to murder thousands of innocent Americans. On the other hand, David Duke may have once uttered an off-handed compliment about Donald Trump.

The Castro brothers planned their Manhattan holocaust just weeks after Nikita Khrushchev foiled their plans for an even bigger massacre during the Cuban Missile Crisis. “If the missiles had remained,” Che Guevara confided to The London Daily Worker the following month, “we would have used them against the very heart of the U.S., including New York City.”

Had those detonators gone off the day after Thanksgiving in 1962, 9/11 might be remembered as the second deadliest terrorist attack on U.S. soil.

Castro and Che’s Manhattan bomb plot was far from "irrational." They were no suicide bombers -- not by a long shot. Some Cuba-watchers speculate that Castro wanted to blast Manhattan to heat things up again, to rekindle all those thrills he’d experienced the previous weeks during the missile crisis. Given the temper of the times, he knew his Soviet sugar daddies would be implicated too.

But Castro himself would be nowhere near harm’s way. Soviet ambassador to Cuba during the missile crisis, Alexander Alexeyev, reports a fascinating -- if unsurprising -- datum about those days. While Castro was begging, threatening, even trying to trick Khrushchev into launching a pre-emptive nuclear strike against the U.S. -- while he was ranting and yelling and waving his arms about grabbing his Czech machine gun and "fighting the Yankee invaders to the last man!" -- while frantically involved in all this, the "fearful" (Alexeyev's term) Castros were also making reservations with Alexeyev for a first-class seats in the Soviet Embassy's bomb shelter.

Thus the Castro brothers would emerge into the smoldering rubble and millions of incinerated bodies and realize their lifelong dream: their names stamped in history as the gallant David against the Yankee Goliath.

Castro's agents for his Manhattan Thanksgiving bomb plot were members of the Cuban mission to the United Nations working in concert with members of the Fair Play For Cuba Committee, an outfit that became much better known almost exactly a year later when member Lee Harvey Oswald really racked up some headlines.

Despite his lust to incinerate them, on visit after visit to New York, the cities’ Best and Brightest (i.e. those who barely escaped incineration at Fidel Castro’s hand) have welcomed Fidel Castro as the second coming of the Beatles at Shea Stadium. On his 1996 visit, for instance, the war-mongering, mass-murdering despot who abolished private property, transplanted Stalin’s penal and judicial system and stole 5,911 businesses worth $8 billion from U.S. stockholders—this very gentleman was delighted to find a lavish luncheon thrown in his honor by the Wall Street Journal.