Humberto Fontova
|
Posted: Oct 31, 2016 12:01 AM
Share   Tweet
The opinions expressed by columnists are their own and do not necessarily represent the views of Townhall.com. 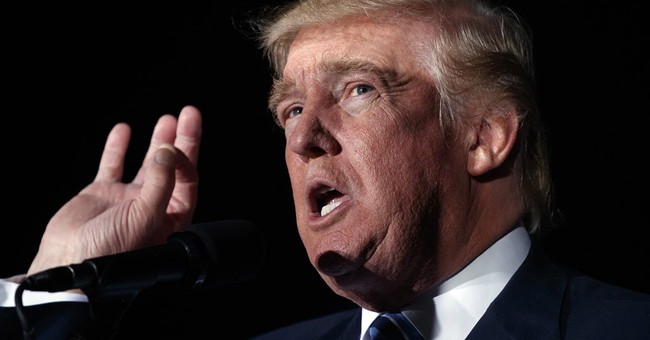 “We’re gathered here (in a park in downtown Havana) to support the Republican candidate Donald Trump.”

“Hillary Clinton will continue Obama’s policies toward Cuba which have never been fruitful…so we support TRUMP!-TRUMP!-TRUMP!”

(From a Trump “rally” held in Havana by Cuban dissidents last week.)

Here’s the “weird” part, amigos: Thanks to Obama (and Democratic Cuba policies in general) billions upon billions of dollars are flowing annually from the U.S. to Cuba (much of it at the expense of the American taxpayer.)

Obama’s executive orders, which circumvented the constitutionally-mandated Helms-Burton act, (“Cuba Embargo”) threw the Castro family an economic lifeline just when they needed it most—when Venezuela’s lifeline was squeezing shut. In fact, thanks to Obama, more money has recently been flowing annually from the U.S. to Cuba than used to flow to Cuba from their historic patron the Soviet Union!

So you’d think Cubans would be delighted, right? I mean, isn’t this enormous U.S. to Cuba cash-flow what Obama, Hillary and all the eminent Think-Tank Cuba “experts” claimed would enormously benefit the Cuban people?

And yet many Cuban dissidents have actually taken to wearing Obama masks during demonstration in Cuba (right before being arrested en masse, naturally.) “What is happening here (wave of repression) is his (Obama’s) fault,” said former Cuban political prisoner Ángel Moya before being arrested. “The Cuban government has grown even bolder. That’s why we have this mask on. Because it’s his (Obama’s) fault.” (Angel Moya Aug. 2015.)

Apparently this pledge has made its way to many of Castro’s subjects, who are delighted. Yes, apparently many of Castro’s subjects regard the (so-called) Cuba embargo much differently than do their Stalinist Cuban oppressors and these oppressor’s historic allies within the Democratic Party and transnational elites. Historically these latter have all clamored and schemed to end it.

Last year your humble servant tried explaining to dogmatic libertarians John Stossel and his CATO Institute colleague, who were cheerleading Obama’s Cuba policy, that Obama’s “normalization” policy (i.e. surrender/subsidies) would prove disastrous for the Cuban people, for the American taxpayer and for U.S. National Security.

Turns out, if anything, I underestimated the disastrous impact of the policy universally hailed by liberals, libertarians and transnational elites. Billions upon billions of U.S. dollars are now flowing directly into Castro regime coffers. Consequently, repression against Cubans by Castro’s U.S.-enriched secret-police is at a twenty year high. Cubans are risking their lives to escape Cuba at a rate unseen in almost thirty years. Iran and Russia are preparing to set up even more elaborate terror and spying bases in Cuba….the list of disasters goes on and on.

If Trump has made one thing clear during his campaign it’s that –if elected—the gravy train from the U.S. taxpayer to foreigners (especially enemy regimes) will come to a screeching, squealing, smoking STOP!

It says a lot about our “opinion-shapers” that such a common-sensical policy has made Trump the butt of derision and ridicule from a unanimous chorus of horrified Beltway and transnational elites. These people, long accustomed to playing fast and loose with taxes squeezed from “deplorables,” recognize their gravy train ending too.

In fact, few causes have united the supra-national elite like trying to end the Helms-Burton Act signed into U.S. law in 1996 (i.e. ‘Cuba Embargo.”) Here’s some of the main players constantly clamoring against the Cuba “embargo:”

The Council on Foreign Relations, The Wall Street Journal, The New York Times, the U.S. Chamber of Commerce, The Trilateral Commission, The Davos Group, The Organization of American States, The United Nations, The Vatican, the Congressional Black Caucus, The Carlyle Investment Group (George Soros among its founders,) The Open Society Foundation (bankrolled by George Soros,) The Congressional Hispanic Caucus, The Brookings Institute, the Carnegie Endowment for International Peace.

In fact, the Cuba embargo has proven among the most phenomenally successful U.S. foreign policy ventures since WWII—especially at saving the U.S. taxpayer billions. Per-capita-wise, the Castro-regime qualifies as the world’s biggest deadbeat, with an uninterrupted record of defaults.

You see, amigos: Until quite recently the so-called U.S. embargo mostly stipulated that the Castro-Family-Crime-Syndicate (called “Cuba” by the media) pay cash up front through a third–party bank for all U.S. medical and agricultural products; no Export-Import (U.S. taxpayer) financing of such sales. This cash-up-front policy has kept the U.S. taxpayer among the few taxpayers on earth spared fleecing by the Castro-Family-Crime-Syndicate.

Let’s see if you like the sound of this: “Reverse Obama’s executive orders on Cuba (i.e. enforce the U.S. Constitution) while helping the Cuban people.” How’s that for a “win-win?” I mean, how often can American taxpayers delight poor foreigners by simply enforcing our Constitution and saving on our taxes!