Humberto Fontova
|
Posted: Jun 13, 2016 12:01 AM
Share   Tweet
The opinions expressed by columnists are their own and do not necessarily represent the views of Townhall.com. 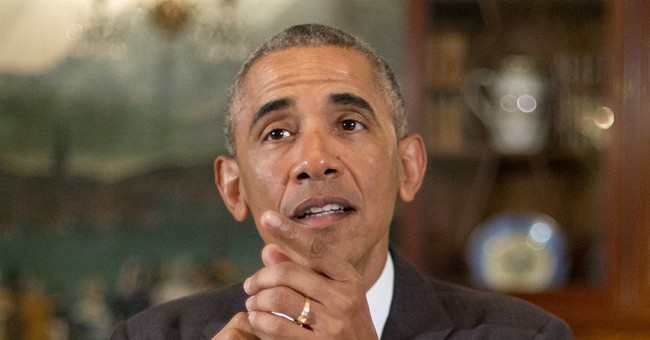 In 2001 a group of Castroite spies in south Florida known as the Wasp Network were convicted of charges ranging from espionage to conspiracy to commit murder (of U.S. citizens.) They were sentenced to terms ranging from 15 years to two life sentences. According to the FBI’s affidavit, the charges against these KGB-trained Communist spies included:

• Compiling the names, home addresses, and medical files of the U.S. Southern Command’s top officers and that of hundreds of officers stationed at Boca Chica Naval Station in Key West.

• Infiltrating the headquarters of the U.S. Southern Command.

This past April, on Obama’s orders, some of the U.S. Southern Command’s top officers gave an in-depth tour of the Southern Command’s most vital facilities to some of Cuba’s top Military and Intelligence officials—probably to some of the very ones who earlier got this vital information from their WASP charges via “encrypted software, high-frequency radio transmissions and coded electronic phone messages," as the FBI affidavit showed.

Cuba’s KGB-founded and mentored spy agency carefully trains their people to stifle guffaws, and even snickers—to maintain a poker-face through even the most hilarious provocations. Little did they dream how valuable such training would prove during the Obama administration.

Sorry, but Peter Sellers, the Marx Brothers, Maxwell Smart and Austin Powers are all somehow absent from this fascinating story. It’s all true. Here’s “just the facts ma’am” from The Miami Herald.

Oh, and never mind the convicted Cuban spies, some of whom helped murder four U.S. citizens. They’re all living like celebrities in Cuba now after Obama gifted them back to Castro in December 2014, upon commencing his smoochfest with the terror-sponsoring drug-runner who came closest to nuking the U.S.

Coincidently (perhaps) the vital U.S. defense facilities that Obama invited the eager Communist drug-runners to carefully inspect serve as the U.S. Defense Department’s “command center on the war on drugs.”

Coincidently, (perhaps) on top of serving as a base for terrorist group Hezbollah and probably laundering funds for Al-Qaeda as late as two years ago, the Castro-Family-Crime-Syndicate also help facilitate much of world’s cocaine smuggling. The dots are not overly difficult to connect. Let’s have a look:

*The FARC itself gives credit where credit is due, attributing their rollicking success to the Castro regime:

"Thanks to Castro" boasted late FARC commander Tiro-Fijo in an interview, "we are now a powerful army, not a hit and run band." A few years ago a report from Colombia’s military intelligence obtained by the Colombian paper El Espectador revealed that the FARC maintains a major office in Havana. And their officers “receive a $5,000 monthly stipend through the Cuban bank account of a Venezuelan government office.”

*Oh!…and by the way, in July 1996, U.S. prosecutors informed the Miami Herald that: “The case we have against Raul Castro right now (for drug-trafficking) is much stronger than the one we had against Manuel Noriega in 1988.”

Then just last year, as again reported by Colombia’s El Espectador (who unlike most of our mainstream media seems to employ actual reporters instead of political hacks) Colombian authorities found 99 missile heads, 100 tons of gunpowder, 2.6 million detonators, and over 3,000 artillery shells hidden under rice sacks in a ship bound from Red China to Cuba that docked in the port of Cartagena and Baranquilla, Colombia.

Coincidently (perhaps) these ports happen to be the FARC’s main bases.

Given the hefty piece of the action which the Castro-Family-Crime-Syndicate (called “Cuba” by the media and Obama State Dept.) undoubtedly gets from FARC it’s only proper that FARC kingpins have the run of the Castro Family Fiefdom. In fact, some of these distinguished gentlemen were seated just a few rows from Obama himself when he attended that baseball game in Havana during his visit last March.

And lest we forget, just a few months ago the same fine folks invited by Obama to snoop around our vital Defense facilities were found (by anyone with half-a-brain) to have stolen sophisticated U.S. missile technology.

In sum, the Castroites can’t possibly be the only international criminals delighted with Obama’s “generosity.” To wit:

"Cuba is intelligence trafficker to the world," stresses Lieut. Col. Chris Simmons, recently retired from the Defense Intelligence Agency. “Among many others, the U.S. military secrets stolen by Castro’s spies have been sold to former regimes in Iraq, Panama and Grenada, alerting these dictatorships to U.S. military plans and costing untold American lives.”

Coincidentally (perhaps) the very month during which top Castroite officials were snooping around our top “drug-war” command center Panamanian officials caught a Cuban ship red-handedly trying to smuggle 401 kilos of cocaine to Belgium. Naturally most you never heard of this “little incident” in the mainstream media. It had the potential, after all, of making Obama look like an utter fool–if not something worse. So it was kept very hush-hush by his lapdog media.