Humberto Fontova
|
Posted: Jan 16, 2016 12:01 AM
Share   Tweet
The opinions expressed by columnists are their own and do not necessarily represent the views of Townhall.com. 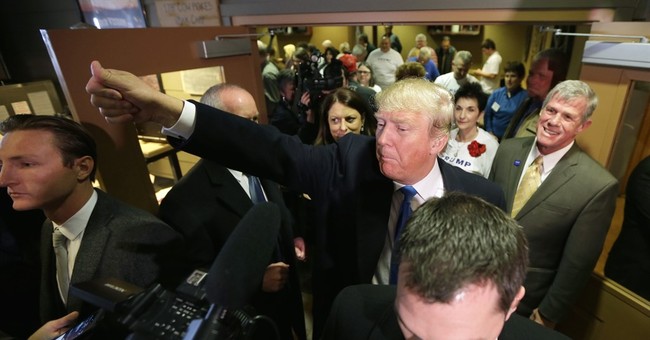 Obama’s lucky that next to nobody pays attention to his Cuba policy. He’s made such a mess of domestic matters that nobody has the time. He’s even luckier that the media, academia, Hollywood and Castroite agents of influence (but I repeat myself) have rendered most Americans so  pathetically clueless on the Castro regime that poll after poll shows a majority favor Obama’s relentless groveling and surrender to it. (i.e. “rapprochement.”)

Even Donald Trump seems semi-duped. “I think its fine. I think its fine, but we should have made a better deal," Trump added. "The concept of opening with Cuba is fine." For all his vaunted business acumen and street-smarts The Donald sure seems naïve about how the Castros operate. Their “Art of the Deal” is simply:  “We win, you lose.”

Speaking of which: amazingly enough, at one time Ronald Reagan thought along the same lines about Cuba. In fact, he probably went further than most Democratic Presidents seeking a deal with Castro. In early 1982 he actually sent his Sec. of State Alexander Haig to meet in person with Castro’s “Vice. Pres.” Carlos Rafael Rodriguez in Mexico City. Then he sent his personal envoy Vernon Walters to Havana to actually meet with Fidel Castro.’

Castro, as usual, turned on the charm but Walters returned telling President Reagan that it would be Castro’s way or no way. “He wins, we lose,” in other words.

Obama’s especially lucky that writers for shows like SNL and The Tonight Show are utterly oblivious to the nature of the Castro regime as are most Hollywood scripters. Granted, even if they were completely aware of the Castro brothers’ shameless steamrolling of Obama’s negotiators, scripting an Obama character combining Steve Martin’s the Jerk, Jerry Lewis’ The Patsy and Bozo the Clown would be immensely challenging.

Historically speaking, only a nation that has been conquered and occupied (say, France during WWII, Czechoslovakia, Poland after WWII) would put up with the thefts, threats, insults and humiliations that Obama’s U.S. suffers from Castro’s Cuba.  Lest we forget; Castro stole $7 billion (in current dollars) from U.S. citizens at Soviet gunpoint, while torturing and murdering a few Americans who resisted.

You’d never guess it from the media or your professors but this mass theft and selective murder of U.S. citizens was the reason for the so-called U.S. embargo. To date not a single U.S. citizen has been compensated as much as a penny. And I’m not talking about the billions upon billions more in property and savings stolen from Cubans who are now U.S. citizens. I’m referring to the mass burglary of people who were U.S. citizens in 1960.

Instead Raul Castro is pulling a Moe Green and insisting that we owe him billions upon billions.  You want to laugh, but at the rate things are going who’s to say Obama won’t put out?

Later Castro sent his agents to torture and murder U.S. POW’s in North Vietnam. According to the book Honor Bound the tortures of U.S. POWs by Castro’s agents were “the worst sieges of torture any American withstood in Hanoi.” (Full documentation here.)

Came 1996 and Castro murdered four more Americans in international airspace. The Cuban spy, Gerardo Hernandez, who was serving two life sentences for facilitating these murders by passing flight plans to Cuban MIGS was released by Obama last year as part of his grovelings.

But some of the FBI’s most wanted terrorists and murderers (against Americans) continue to live like celebrities in Castro’s fiefdom.  Any request by U.S. “negotiators” for a revocation of this in-your-face style of “asylum” 90 miles from our shores as tens of thousands of smiling Americans spend their dollars in Cuba gets short thrift from Castro’s KGB-trained apparatchiks. The topic is “off the table,” they snicker. And that settles that.

"'I gave the order,” (for the MIGS to shoot down unarmed Cessnas and murder U.S. citizens in international airspace) boasted Raul Castro to U.S. Rep James McGovern (D-MA.) two years ago.  Mc Govern was genuflecting before Castro during a visit to Havana while preparing for Obama’s “diplomatic opening” to Stalinist Cuba. “I’m the one responsible[for giving the order to shoot down the U.S. planes]," Raul Castro doubled down with his boast.

Not only did Raul Castro get away with the murders, he also got his terrorist spies back and had Obama shaking hands with him last year during that Panama summit. A few weeks later Obama removed Cuba from the list of terror-sponsors and furtherloopholed the so-called embargo to a point where the annual cash-flow (mostly from travel expenses and remittances) from the U.S. to Cuba nowadays exceeds annual Soviet subsidies during the 1980’s. Actually, Obama had started the travel and remittance to Cuba loopholing the minute he got in office.

Consequently the fat happy Stalinist regime has unleashed a wave of repression on the Cuban people unlike anything seen in decades—even under Fidel. Cubans are risking their lives to flee Cuba at a rate unseen for decades. In a stinging rebuke to their (self-proclaimed) U.S. benefactors, Cuban dissidents have even taken to wearing Obama masks while peacefully demonstrating against the ever-increasing repression in Cuba.

"It's his (Obama’s) fault, what is happening,” stressed Cuban dissident and former political prisoner Angel Moya. "The Cuban government has grown even bolder. That's why we have this (Obama) mask on. Because it's his fault."

Meanwhile, the Castro regime keeps snickering and stonewalling over any settlement of the $7 billion in property stolen at Soviet gun-point from U.S. citizens (and the torture and murder of a few who resisted.) Meanwhile some of the FBI’s most-wanted terrorists (against U.S. citizens) and cop-killers (of U.S. cops) who were granted (much-needed) asylum in Castro’s terror-sponsoring fiefdom remain in Cuba, snickering and living like celebrities.

And just to make sure that no U.S. “negotiator” retained a smidgeon of self-respect—just to make sure their humiliation was total and overwhelming—in the very midst of the “negotiations”  Castro’s spies stole a sophisticated U.S. Hellfire missile from a NATO training exercise in Spain, dangled it in our faces. Castro refuses to even discuss its return.

I realize this sounds like something out of the Twilight Zone, Alice in Wonderland or a Pink Panther movie but here’s the details as we reported at Townhall last week.

Obama crowed that pursuant to his “opening” with Cuba’s Stalinist regime back in December 2014 Castro graciously freed 53 political prisoners.  Obama (and his media lackeys) didn’t say that most of these Cubans had already served most of their sentences and were due for release anyway.  Now he (and his media lackeys) aren’t telling you that half of these Cubans have been rearrested and re-imprisoned.

So Castro again laughs in our faces.

“The world is laughing at us!” Donald Trump laments from his campaign stump as the crowds roar approval of his truism. But actually nobody has been laughing at us louder or longer than the Castro brothers. If only that crowd knew half the reason for the Castro brothers snickers and guffaws.
Guess Who Opposes Mail-In Voting in an Upcoming Election?
Bronson Stocking