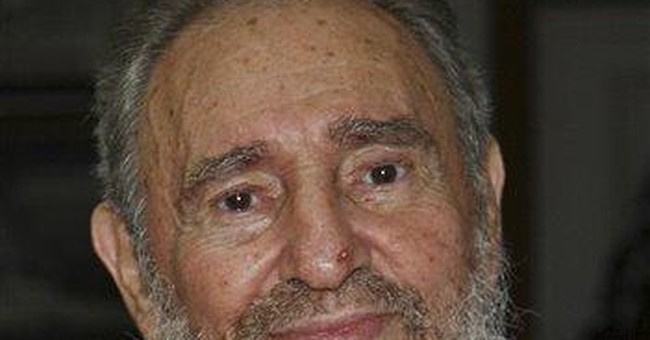 Three times last week CNBC aired an hour-long special titled “Escape from Havana. “  “Between 1960 and 1962, more than 14,000 Cuban children were secretly flown to the United States to escape Fidel Castro, “reads the catchy CNBC teaser.  “Today, many of the Pedro Pans have thrived in America… Each has walked a long road and fought to overcome profound obstacles on their way to the American dream.  In our documentary, you’ll meet a big-city mayor, an accomplished author, a singer, an activist, a professor, and a business leader. They were all part of a secret and improbable plan to escape a dictator’s rule and fly to freedom.”

CNBC seemed to promise   love, war, danger, intrigue, heartbreak, and a heart-warming Horatio Alger finale.  And indeed, accurately told, the story of thousands of Cuban parents desperate to save their children by spiriting them to the traditional land of the free as Soviet proxies Fidel Castro and Che Guevara tightened their grip around Cuba’s throat would provide all of the dramatic elements above –and in spades.

We still await such a depiction.  Instead NBC gave us cleverly-disguised Castroite propaganda. The “professor” (Maria de Los Angeles Torres) whom “we meet,” on this program has a history of collaboration with the Castro regime, not that you’d guess it from her CV as presented by CNBC.

From CNBC’s production, you’d also never guess that the overwhelming majority of the “Pedro Panes” (as the Peter Pan children nowadays mostly call themselves) are immensely grateful both to their parents and to the U.S. for saving them from tropical Stalinism.  This gratitude was expressed abundantly, but mostly by one of the showcased Pedro Panes, Yale professor and National Book Award winner Carlos Eire.

Some backdrop:  at one point in 1961 Castro’s jails and forced labor camps held the highest number of political prisoners (per capita) on earth—higher than Stalin’s own during the Great Terror.  Castro and Che’s firing squads were also murdering hundreds of Cuban patriots per week.

“Of course I knew the missiles were nuclear- armed, “responded Castro during a meeting with Robert Mc Namara in 1992. “That’s precisely  WHY I urged Khrushchev too launch them.  And of course Cuba would have been utterly destroyed in the exchange.”

“The victory of socialism is well worth millions of atomic victims,” boasted Chef Guevara in November 1962.

Getting your children out of a country run by the men on record for the mass-murders, mass-tortures and genocidal lusts mentioned above probably strikes many American parents as prudent.

But if your only resource for information on operation Peter Pan was CNBC (probably the case with 98 per-cent of non-Cuban American viewers) you’d come away convinced those Cuban parents (to say nothing of their children) were victims alight—but of the U.S.!

In brief, to hear professor Maria Torres who hogs a plurality of the program’s air-time, those hapless Cubans (including, apparently, her parents and herself) were dupes and pawns, shamelessly hornswoggled by the diabolical CIA as part of a Cold War propaganda ploy to further the goals of Yankee imperialism in Latin America.  The CIA, she claims, fabricated a document claiming Castro’s regime would abolish parental rights (which is in fact what Communist regimes do) and spread it throughout Cuba to create the panic that led to the mass “escape.”

“They (the U.S. / CIA) were trying to convince Latin America that Communism is very bad,” explains the outraged Ms Torres about a U.S. film made about the operation that was distributed throughout Latin America.  From her delivery, one can only gather that Professor Torres (who though a frequent visitor to Cuba has opted to live in the U.S. since 1961) does not regard Communism as “very bad.”

“But wait?” an observant viewer might also ask.  “I thought you CNBC folks claim the operation was secret?  And now you’re showing how it was blared and broadcast throughout the Western Hemisphere in the form of a movie?” Consistency, please, CNBC producers.

So let’s see here:  Ms Torres has been repeatedly and graciously hosted by a regime our State Dept. classifies as a State Sponsor of Terrorism. These opened all Cuban doors for Ms Torres research.  Prudent TV producers might ask themselves: “why?”

But NBC is probably untroubled by the obvious answer.  After all, NBC itself has been similarly feted by Fidel Castro.  To wit:  In June 2007 Castro’s Stalinist regime held a “tourism fair” in Havana to kick-off an ambitious plan to boost the Cuban military’s tourist booty. By some peculiar coincidence NBC’s Today Show decided to broadcast from Havana that very week. Amidst smiling, dancing tourists, Matt Lauer and Andrea Mitchell advised viewers on how to circumvent U.S. law and legally vacation in Cuba.

Last week’s CNBC program included close-ups of the indignant professor Maria Torres conducting diligent research in U.S. government archives for her expose of CIA villainy. Interestingly, some U.S.  Legislative and media documents reveal fascinating info on Maria Torres herself:  “Maria Torres is a member of the Antonio Maceo Brigade,” reads the caption under her picture, taken in Havana in 1978.

But how could CNBC “overlook” this?