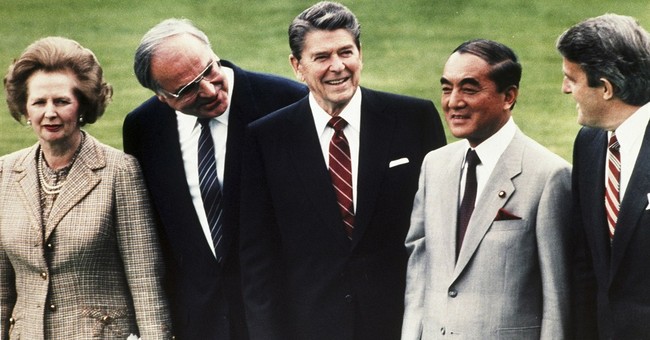 We all have to suspect that neither Truman nor Ike would have let the Castro brothers write their own ticket as President Obama did Wednesday.

We know with certainty that neither JFK, LBJ, RN, Ford, Carter, Reagan, either Bush nor Bill Clinton would have done what President Obama did vis-a-vis Cuba because none of the last nine presidents did so, even though all were confronted with essentially the circumstances: a communist dictatorship exporting revolution throughout Central and South America (and during Carter's years, throughout Africa) while brutally oppressing their own people with complete disdain for basic human rights.

We can also be very confident that none of the last 11 men to be president would have quietly acquiesced in Sony Pictures' decision to capitulate to cyber-terrorism emanating from a state, even one as unhinged and unpredictable as North Korea. This was a cyber Pearl Harbor, except that after Pearl Harbor America fought back. Here major American business executives packed up and crept away and the president did nothing to rally them or stand by them.

"[I]t could be that these hackers deliberately targeted the most spineless section of the American economy," former U.N. Ambassador John Bolton told me Wednesday, adding "we should be thankful that these hackers have targeted the entertainment industry instead of something important, like Boeing or Raytheon or Honeywell." But we both agreed that that which gets rewarded gets repeated, and we can expect more attacks from North Korea's Bureau 121.

The Chairman of the House Committee on Foreign Affairs Ed Royce alerted my audience the same day to the fact that the NORKs "also attempted to test our grid, and access our energy grid and other crucial infrastructure," and urged the reimposition of the sort of punishing, hard currency banking sanctions used briefly and with devastating impact during W's tenure. A terrorist state doesn't ramp down its capabilities for asymmetric warfare, it builds them faster and faster. These past two weeks North Korea tested those capabilities to devastating impact on one American company. Who's next, and will they fly a white flag as quickly as did Sony Pictures?

The double slam on American power and national security came after a 48 hour period that saw an awful Islamist attack in Australia and an Islamist massacre in Pakistan even as new details of ISIS atrocities came to light. Strung back to back to back, the collapse of Sony Pictures after Obama's Cuba melt and the massacres abroad marked not just, as Rob Lowe put it, Hollywood imitating Neville Chamberlain, but the end of the worst 100 hours in American foreign policy in many years.

Of course just before that sequence of massacres and failures rolled out, President Obama proved impotent to stop even Harry Reid and Dianne Feinstein --a combined age of 157 but still too strong for the president and John Kerry to deal with-- from releasing the Senate report on detention and interrogation of terrorists that puts Americans and out allies in danger of being hauled before the International Criminal Court, a prospect from which lawyers can spring them but which could be ruinous financially and in other ways for those caught up in the net put out by Senate Democrats. (Thus my suggestion to House Intelligence Committee Member Mike Pompeo that the new Congress act with dispatch to pass a law promising aid to any American or ally prosecuted before a tribunal to which the United States is not a party.)

The bad news is this looks like a beginning of the "Obama unbound" phase of his presidency, not the last gasps of a lame duck president. Expect a disastrous "deal" with Iran and unilateral cuts to our nuclear deterrent (and pray the Pentagon and the new SecDef slow roll the ideologue in the Oval Office as such cuts would have to be mandated by Congress which they surely will not be any more than the Congress will confirm an Ambassador to Cuba or pay for a reopening of the embassy there, or for lifting the embargo.) The president's faculty lounge inclinations are now to be on full display and the only good to come of it might be the ruin of Hillary's chance to succeed him.

Americans don't like being patsies. Even Hollywood briefly roused itself to collectively condemn Sony Pictures' spinelessness.

But there is not yet a GOP candidate who has laid secure claim to the space on the 2016 spectrum reserved for a national security hawk whose campaign is built first and foremost on the rebuilding of American power and the repair of its national security. Ambassador Bolton noted in this regard that Florida Senator Marco Rubio had distinguished himself in the aftermath of the Cuba announcement (even as the ambassador issued some gentle criticism of Jeb Bush's early campaign agenda-setting), and two of the country's most able national security reporters Eli Lake and Josh Rogin noted that with Obama's unilateralism "Rubio has been handed a new crusade," thus giving "him a national platform from which to possibly launch a presidential run, he also has a pending 2016 race to keep his Senate seat."

The Reagan void --the one that was on display yesterday for the entire world to see as the Castro brothers got everything they wanted and could conceivably get from just this president in exchange for the release of one American hostage and as the White House was silent as a major American corporation succumbed to terrorist blackmail-- is waiting to be filled. Perhaps Rubio or Jeb Bush or Ted Cruz or one of the other Republican possibilities will step up today or over the weekend with a full-throated blast at Obama for his fan dance with Cuba as well as his abandonment of the executives at Sony Pictures who fled in the face of the NORKs while placing both in the context of all of the events mentioned above.

Lots of center-right voters, and increasingly non-political "security moms" and even some on the left have noticed the downside of spiraling decline in the eyes of the world. The Republican who gets to that space first and with the most energy, knowledge and detailed proposals is going to have a very early start to the nomination.