The Christie Blowout and the 2016 Line-Up 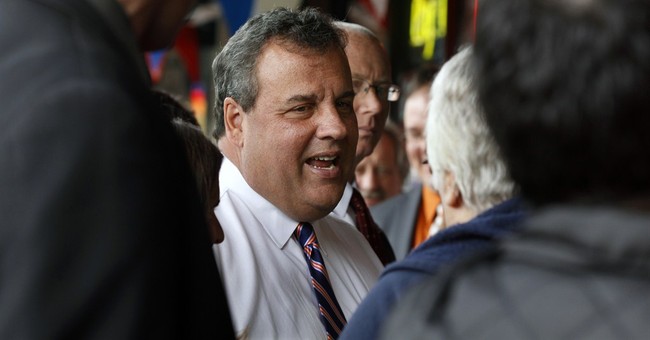 OK, this will surprise: I was a Romney guy. Still am. Would have made a superb president.

But after five years branded as "in the Romney camp" even when I wasn't, I am staying very neutral in the 2016 contest, though this isn't very hard since no one is running yet and none of the would-be non-running nominees have yet asked for even a paragraph's work of help on a speech or a book. (Geraghty and I began on air Monday to speculate on possible titles for possible campaign books for possible 2016 candidates with the obvious "Born to Run" for the soon to be re-elected governor of New Jersey.)

I don't count word-smithing as "throwing-in" with a candidate as I have been doing it so long for so many that helping out with a turn of a phrase just isn't like endorsing, but there are certain to be a lot of campaign books coming out in mid-2014 through early 2015.

Jeb Bush: Changing The Future of Our Children

Chris Christie:Get Off The Beach: Changing Government for the Common Good

Bobby Jindal: After The Hurricane: Changing Everything In Louisiana

John Kasich: Buckeye Nation and the Rebuilding Of America

Rand Paul: The Roots of Liberty and The Change That Is Needed

Marco Rubio: Two Nations Made One: Changing The Politics of a Divided Country

Paul Ryan: Do-Over: Changing The Way D.C. Does Everything

John Thune: Plains Speaking: Changing the Tone and the Times

Scott Walker: Remaking Government: Change from the Ground Up

Get the message? A dozen opportunities to steal the president's rhetoric and this time mean it, to lay out the specifics and point to the programs that have to go, starting of course with the nightmare that is Obamacare. Campaign books don't have to be bad, they just have to be funny and specific, full of story and pointers.

And each of them needs to take aim at Obamacare and at Hillary.

Obamacare's grandmother, Secretary of State Clinton, will be running on a trim and patch platform. She has to. Her ideas on healthcare were even worse than Obama's. So she is stuck. She wrote the original code and the gig is up. Look at this headline from the Wall Street Journal: "Young Avoid New Health Care." You can't trick this generation. They know. And they will know we have to start over or they are screwed by middle age.

Fact of the matter is, the GOP list of potential candidates above is a great line-up of potential presidents, and there may be more joining the scrum. The least likely of the runners --the "no-chance-but-what-the-hell-he-earned-it" guy, Congressman King, is a far more serious man than at least three of the number routinely invited to the endless debates of 2011 and 2012. The RNC and Chairman Priebus are going to have to adopt a "I know it when I see it" test for seriousness-allowing-for-stage-time, and governors and senators get in, period. (Former or current Messrs Daniels and Pence.)

And if the debates are done the right way, the way Priebus et al are talking about, the moderators won't be asking about taking away birth control. They will be asking about how to escape the vast sucking sound that is Obamacare and how to rebuild a shattered military and an incoherent foreign policy.

Take a look at these numbers Guy Benson pulled together from polling. This is the sort of category-shattering that will be possible in 2016 and not just for Governor Christie but for every GOPer who figures out the deep, deep dismay even disgust with government's overreach and its utter failure to deliver.

The left is thinking Obamacare will get fixed by 2016, but we on the right now it won't get fixed because it cannot be fixed by the government. Trying to do so is like using nearly the same lousy recipe again and again and getting the same lousy cake. It isn't going to taste significantly different with tweaks here and there when you keep using soot as a staple.

I had hoped that 2012 would be to 2008 as 1980 was to 1976. Turns out the tide hadn't come in yet, but now it has, and no one doubts it. The serious GOP candidates will be talking about that from now until Iowa. Listen for it in Governor Christie's acceptance speech tonight and if Ken Cuccinelli pulls off the comeback, it will be the loudest sound in America.

Listen especially to see if Christie mentions Obamacare. Oh what a sign that would be.