Questions for Contractor Witnesses and for Reporters 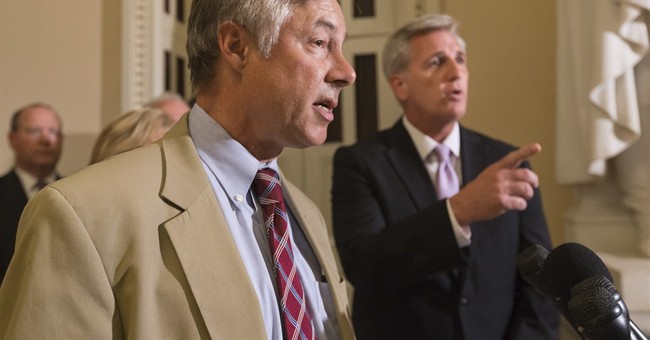 Reputations and careers are waiting to be made with a scandal as enormous as the Obamacare fail. Members of the House Energy and Commerce Committee will get their chances tomorrow and next Wednesday as first the contractors who delivered the failed Obamacare websites troop to the Hill tomorrow, and then Kathleen Sebelius arrives next Wednesday.

Reporters too have great veins of pure gold sitting in front of them to mine. Below are a list of suggested questions for members of the Committee in anticipation of tomorrow's hearings, and then five key lines of digging for ambitious young reporters looking for that Pulitzer.

For the Members of the House Committee on Energy and Commerce:

Are you involved in the Spanish language website rollout? Did you receive any instructions to slow that site down for any reason? If so, why? If not, why is it not yet open?

Who are your primary contacts at the Department of Health and Human Services? Did you ever have any contact at all, via email or phone, with the White House staff?

The president announced a "Tech Surge" to repair the damage you have done. Have you been contacted by any new team members? Who are they? Do you have an opinion on their credentials and skills sets?

The president asserted a 24/7 effort to salvage your work is underway. Do you know where that is occurring? Is it 24/7? Are you being paid for your contributions to that effort?

Have your lawyers advised you with regards to any potential question or subject matter area to invoke the protections of the Fifth Amendment?

For reporters, young and old, seeking a career-maker: Five promising lines of inquiry:

1. How secure is the data that hundreds of thousands (and eventually millions) of Americans are loading into deeply flawed websites, both on the federal and on the states' Obamacare sites?

HH: I’m hearing a lot that Americans are worried about the security of their data, that these sites…

HH: Okay, tell me about that.

Fred Upton: Let me just cut you off there, for good reason. We have a major identify theft problem anyway in this country...

2. Administration officials and contractors have provided testimony on readiness of system previously --and under oath-- and that testimony will be read back to them beginning Thursday. Did they lie or were they just monumentally stupid? Will the Fifth Amendment be invoked and by whom?

HH: Now on this Thursday, I believe, you’ve got the contractors coming before the committee. Am I correct about that, Chairman Pitts?

Joe Pitts: That is correct.

HH: Do you expect any 5th Amendments to be taken?

Joe Pitts: Well, we’re going to swear them in. I don’t think so. These are the same witnesses who told us in the summer and in the fall, in the run up, that they were ready.

HH: Well, that’s what I mean. If I’m you, I read them back their testimony about ready, and I ask them did you lie to me? And then they say I, on the instructions of my attorney, I’ve got to take the 5th. Don’t you expect that’s going to happen?

Joe Pitts: Well, that’s what I’m going to do. I don’t know if they’ll take the 5th or not, but we’re going to read them back what they said and ask them if they’re just out of touch, or incompetent, or if they were lying to us.

HH: Now Senator Rubio, you’re one of the few Republicans, you know, Jeb Bush is another one, who are actually fluent in Spanish, can read and absorb Spanish media. What is Spanish media saying? And what are you saying to your Spanish-speaking constituents, or at least those who speak primarily in Spanish, about this fiasco?

Marco Rubio: Well, unfortunately, they’ve been highly susceptible to the propaganda from the administration about how good this is going to be. It’s largely been marketed to people as free health insurance, you’re going to be able to go out and get very affordable health insurance if you don’t have any now. And the rate of uninsured among Hispanic-Americans is very high. So it has some appeal. But I think the reality of this is going to affect that community as much as any other in the country. There are people in the Hispanic community that have health insurance now who are happy with it, and they’re going to lose it. There are people who are going to see premiums skyrocket. And I’m sure there are people that are struggling with the websites. In fact, the Spanish language website, which they touted, isn’t even up and running. So that’s one more reason why this needs to be delayed.

HH: That’s incredible. That has not been covered at all.

Marco Rubio: Yeah. It has in Spanish. I mean, so again, but the bottom line is you know, this is just part of an ongoing problem with implementation. This thing is not ready for prime time. There’s a reason why they’ve delayed the mandate for businesses. And quite frankly, it’s unfair that they don’t do the same for individuals. No matter how you may feel about this law, people know how I feel about it. But come on, you’re going to go punish people for not signing up for something that they can’t sign up for because the website doesn’t work? That’s just not fair.

4. The "tech surge" --where is the 24/7 command center? Are volunteers really being used? Is that legal? Have they been vetted? Will they have access to the data of the .5 million citizen accounts already allegedly registered? Do we trust them not to take the data home?

HH: Now I’ve got this image, this tech surge he talked about, and people calling up and volunteering, that somehow the high tech wizards of Silicon Valley are calling the President and chewing the fat and offering to send a planeload full of their whiz kids who aren’t vetted, aren’t secured, don’t know anything about data protocols, and it is not legal to do that, is it, Mr. Chairman?

Joe Pitts: No, I’d like to know what this tech surge is, and where they’re doing it. I’d like to do an on-site visit if they’re supposed to be working 24/7, you know, the President evidently says a lot of the private sector people want to help. But I think this is so massive that they’re going to have to start all over.

HH: Any whistleblowers begun to call the committee with tales of either waste, fraud and abuse, or of simple but malignant incompetence?

HH: Now on this Thursday, I believe, you’ve got the contractors coming before the committee. Am I correct about that, Chairman Pitts?

Joe Pitts: That is correct.

HH: Do you expect any 5th Amendments to be taken?

Joe Pitts: Well, we’re going to swear them in. I don’t think so. These are the same witnesses who told us in the summer and in the fall, in the run up, that they were ready.

5. And, of course, the old reliable and always key: What did the president know and when did he know it?

HH: To your knowledge, Mr. Chairman, has anyone been fired? Anybody at all?

Fred Upton: Not to my knowledge. The buck’s got to stop someplace, and we’ll be asking the tough questions to see exactly where that ought to be.

HH: Are you going to be following the old Howard Baker line, what did the President know and when did he know it?

Fred Upton: I’m sure that that’s going to come up a bunch of times on Thursday.

Pulitzers Pulitzers everywhere, and not many young reporters in sight eager to dive into the project of finding the answers that will make them the new Woodward...at least not yet.