Memo for Chairman Upton: Next Week's Hearings On The "It's Really Good" Obamacare Launch 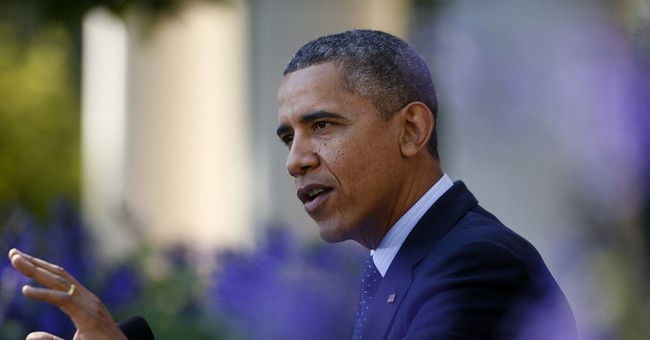 The president's remarkable speech in the Rose Garden yesterday, the high point of which was his claim regarding Obamacare --"It's really good!"-- sets the stage for another MSM fail, because the president made several specific, verifiable claims that ought to be the subject of real, deep and sustained reporting over the next few days.

I had a lot of fun with the "It's really good!" exclamation by the president on yesterday show, mixing his remarks into a 1974 Pinto ad, and calling forth memories of New Coke, Rosanne Barr singing the Star Spangled banner, the launch of Microsoft's Zune, the premier of "Heaven's Gate," and other "It's really good" moments from the past thirty years and seeing #ItsReallyGood take off on Twitter as a result.

Mockery is easy, but second-order exploration of the president's claims is now the key job of all media, especially by those Manhattan-Beltway media elites who share responsibility for the president's election, for the catastrophe that is Obamacare, and for his re-election: Could you at least do your basic jobs now that your favorite president ever is re-installed and your favorite law ever is crushing the little folk?

Yesterday the president announced that a massive "tech surge" was underway, with volunteers from the private sector pouring forth in a sort of virtual Dunkirk to save the collapsing Healthcare.gov. From the White House transcript of yesterday's remarks:

We’ve got people working overtime, 24/7, to boost capacity and address the problems. Experts from some of America’s top private-sector tech companies who, by the way, have seen things like this happen before, they want it to work. They're reaching out. They're offering to send help. We’ve had some of the best IT talent in the entire country join the team. And we’re well into a “tech surge” to fix the problem. And we are confident that we will get all the problems fixed.

The obvious questions are where is this "24/7" work actually happening? Who is in charge and, crucially, what is the chain of command? (We can trace a chain of command from every private up to the Commander-in-Chief, and we should be able to do so with regards to this tech surge underway.)

Who from the private sector reached out and to whom? Who offered help? Are we paying them? Where are they staying and working?

Will there be a concert to benefit the victims of Healthcare.gov? OK, the president didn't promise that.

Except for the last, though, these are the sorts of questions the answers to which will together combine to give us a portrait not just of Obamacare at its dawn but also of the president's credibility, his awareness of the scale of the fail, as well as of his capacity to actually execute a recovery plan.

His presidency has three signal achievements --Obamacare, Dodd-Frank and the killing of bin Laden. The last was a culmination of a mission undertaken by his predecessor and carried out by the United States military and its intelligence agencies. All the president had to to was issue the kill order which to his credit he did.

Dodd-Frank is a fiasco, but one hard for people to see even as they endure the endless churning of paper and slowdown in financial transactions, the loss of the ability to buy or refinance a house and the daily, ever-expanding demands for personal data.

Obamacare though rolls on out in a hugely obvious way, however, crushing people's disposable income even when it allows people "to keep the insurance you have" as the president famously claimed years ago. Every day my show catalogs a few more horror stories of premium shock or lost coverage, and the same is true across all the media in the country that will simply ash the questions. MSM's blinkered eyes don't want to know, and they probably won't follow up on his sweeping claims from yesterday.

The president is easily mocked. But it is better to fact check him.

"And as a result of this choice and this competition," he said yesterday about the program that bears his name (and will until its repeal), "prices have come down."

This is manifestly and stunningly not true, and sticker shock is reverberating across the country. The very uttering of such a whopper should elicit giggles if not horselaughs, and the MSM just has to cover it. This isn't hard. Run a scrawl on the bottom of your screen, CNN, asking for people who are paying more in premiums to call you if they are willing to be fact-checked and profiled on air. Send out the reporters. Cover. The. Story.

And dial into the president's most incredible claims --because like some out-of-touch playboy head of a failing company, he appears to believe the stuff he is handed to read:

So the fact is the product of the Affordable Care Act for people without health insurance is quality health insurance that’s affordable. And that product is working. It’s really good. And it turns out there’s a massive demand for it. So far, the national website, HealthCare.gov, has been visited nearly 20 million times. Twenty million times. (Applause.) And there’s great demand at the state level as well, because there are a bunch of states that are running their own marketplaces. [Emphasis added.]

This is delusional, and next Wednesday's appearance by Secretary Sebelius before the House Energy and Commerce Committee must be approached as the House Oversight and Governmental Affairs approached the appearance of the Benghazi witnesses last spring --with extraordinary preparation and coordination among members, with discipline on the inquiry imposed by Chairman Fred Upton.

The focus should be on (1) the sticker shock being experienced and (2) the second order impacts of the roll out on health care providers. Yuval Levin, Tevi Troy and Lanhee Chen are the murderer's row of conservative critics of Obamacare, and each has hinted at the scale of the second- and third-order impacts of the law. Bring them in, Chairman Upton, sit them down, and ask for their help in charting the course of this most important first hearing. Begin to push the Administration for the schedule of future sit-downs. Ditto Chairman Issa.

There will be a temptation to focus on the contracting fiasco, and perhaps a couple of minutes should be allotted the sourcing of the massive contract to the obviously unprepared contractor, but much more systemic collapses are ahead and the public needs to know (1) does the secretary know what is coming and (2) who is in the chain of command?

As with the Benghazi hearing, the Members need to know (1) this isn't about their turn in the spotlight but about short, specific, non-repetitive questions and giving the Secretary as much time as possible to answer. Her answers are what matter, and credit goes to the Member who most artfully frames and asks questions, not to blowhards and preening newbies.

It is about listening and interrupting when a filibuster breaks out. Short specific questions are crucial: They just have to be asked and asked in such a way that the secretary is obliged to answer or obviously dodged. My initial round of ten questions or lines of questions:

1. Is your department keeping track of the impact of premium sticker shock on individuals? Is there a number or a website where individuals can register the specific cost to them of this program so you and the president can see the real data from real lives?

If not, will you set up such a suite and make its data available to us and the media?

2. Is the data Americans entering on these sites secure from hackers? Will you guarantee that security?

3. Do you have an estimate of how many people have either already lost their old insurance or have been informed their coverage is being cancelled?

4. Where is most of the abrupt dislocation in coverage occurring?

5. Do you have a way people who have received cancellation notices to let you and the president know what is going on?

6. We hear from our constituents and from various reports in the media of 50% and even 100% premium increases. Did you expect such rate hikes?

7. Are providers registering any complaints? Have you established an infrastructure to deal with their issues? Please describe it.

8. The president said a "tech surge" is underway. Where is the headquarters for that surge? Who is running it? Is it 24/7? May I visit that HQ?

9. The president said the private sector wants to and is sending help? Can you give us some concrete examples of that help? Names and companies? Are they being paid? Is it legal not to pay them?

10. Gave you fired anybody because of the failure of the rollout? Please provide us with details.

For you, though, Mr. Chairman, a special bonus question: "Madam Secretary, the president declared about Obamacare, quote "It's really good." Do you agree?