H. Sterling Burnett
|
Posted: Apr 01, 2016 12:01 AM
Share   Tweet
The opinions expressed by columnists are their own and do not necessarily represent the views of Townhall.com. 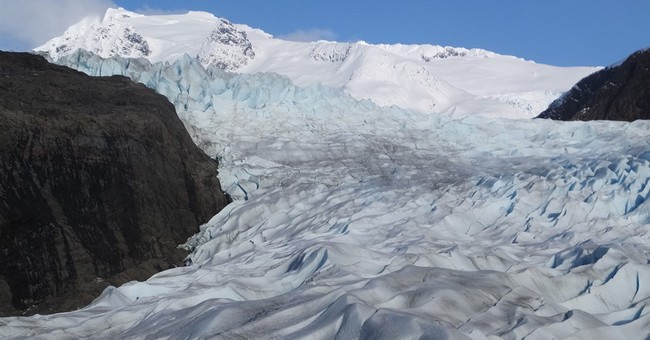 I recently found hope in an unexpected place: public schools.

A national survey of 1,500 public middle and high school science teachers, representing all 50 states, found just half of those who discuss climate change in the classroom have partaken of the climate alarmists’ Kool-Aid and are brainwashing students to believe humans are causing catastrophic climate change. The survey was conducted by the National Center for Science Education and published in the widely read academic journal Science.

Refreshingly, while nearly 68 percent of those surveyed said they personally believe humans are causing global warming, many say they have left their personal opinions out of the classroom, choosing to advance the scientific method and present a balanced view of the evidence.

Based on the experiences I have had while working to keep partisanship on both sides of the climate change debate out of social studies textbooks Texas approved for adoption in 2014 and while battling to prevent sound climate science from being written out of West Virginia’s science curriculum standards in 2015, I have long feared the battle for the hearts and minds of America’s youth on climate issues had been lost. The recent national survey results should give new hope to climate change realists everywhere.

Climate change is occurring. In fact, Earth’s climate is always changing, but there is a significant scientific debate currently ongoing about whether human activities are responsible for all, some, or none of the recent changes to Earth’s climate. Despite claims to the contrary made by some global warming alarmists, scientists do not even agree on whether a warmer climate would be harmful or beneficial.

What’s taught about climate change in our nation’s classrooms should reflect the limited nature of what we can say with confidence concerning future climate and the causes driving any changes that do occur. Thankfully, it appears nearly half the science educators teaching climate change in the classroom agree the children under their care deserve being taught this truth.

If this survey provides an accurate picture of what’s really happening in U.S. classrooms, there is still time for proponents of a sound, balanced, nuanced understanding of climate science and public policy to make their case to public school science teachers.

A concerted outreach effort should be made by climate realists to engage teachers in the climate change debate. The effort should focus on persuading the 50 percent of teachers who deny any uncertainties exist concerning the human causes and catastrophic consequences of climate change to be more open-minded; to recognize natural factors contribute to climate change; that a changing climate will likely result in both benefits and costs; and that proposals currently being pushed by governments to combat global warming come at a high price and have almost no impact on rising temperatures or weather conditions.

Teachers who provide a balanced presentation of the climate change facts should be given high-quality teaching materials and access to classroom speakers who will present a realistic view of climate science and policy. Teachers who make an effort to teach sound, balanced science should be rewarded and supported.

Encouraging science teachers to cling to the scientific method, which demands the constant exercise of reasonable skepticism and testing theory against observed facts—all in the face of media hype and pressure from environmentalists to teach alarmist dogma in the classroom—might be the most long-lasting way to ensure misanthropic climate policies are not foisted upon an unaware, misinformed public now and in the future.

If your school-aged child is not asking you why you’re contributing to the destruction of Earth, thank his or her science teacher for sticking to a fair-and-balanced view of climate science. If your child is repeating frequently used false claims made by climate alarmists, kindly provide the child (and his or her teacher) with the scientific facts.