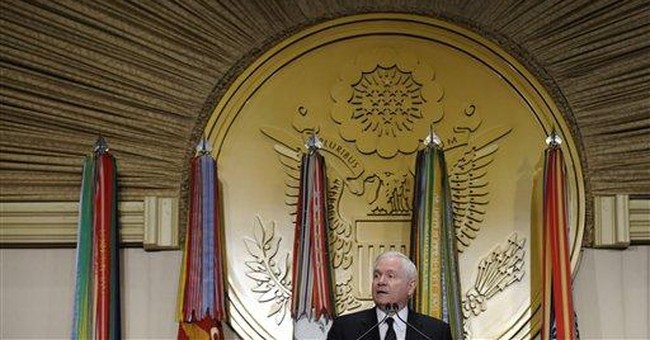 “Competition is as American as apple pie.”

That’s the premise behind a new ad from MoveOn.org, the left-leaning grassroots group that’s pushing President Barack Obama’s socialized medicine plan. If it sounds familiar to supporters of free market reform, it should.

Competition is as American as apple pie, but there’s just one small problem with this group’s definition of the term.

By adding (or rather re-adding) a so-called “public option” to the latest trillion-dollar health care plan, Obama and his allies in Congress are not promoting competition – they’re squashing it. Simply put, by injecting the government directly into a market that it has the power to regulate, “Obamacare” would place the health care industry in America on an irreversible path toward nationalization – not to mention raise health care costs on the typical American family by as much as $4,000 per year.

Government doesn’t want to “compete” in the marketplace – it wants to artificially manipulate the marketplace to force millions of Americans out of private plans and into government-run plans, which they ludicrously claim will save taxpayers money.

At the heart of this bastardized notion of “competition” is the demonstrably false belief that government-run programs have lower administrative costs than private plans.

“Medicare has lower administrative costs than any private plan on the market,” U.S. Rep. Pete Stark wrote years ago as the government-run health care movement started picking up steam.

This is simply not true. Medicaid plans have significantly high per person costs than private plans, even though Medicaid is exempt from state health insurance premium taxes that private providers must pay.

“In recent years, Medicare administrative costs per beneficiary have substantially exceeded those costs for the private sector,” writes Dr. Robert A. Book for the Heritage Foundation. “This (is) despite the fact that, as critics note, private insurance is subject to many expenses not incurred by Medicare. Contrary to the claims of public plan advocates, moving millions of Americans from private insurance to a Medicare-like program will result in program administrative costs that are higher per person and higher, not lower, for the nation as a whole.”

Additionally, Medicaid is riddled with fraud and abuse – an epidemic problem that the U.S. government has shown little interest in “reforming.”

In fact, according to a CBS 60 Minutes report that aired last weekend, an estimated $60 billion out of $430 billion in annual Medicaid disbursements goes to fund fraudulent Medicaid claims.

That means one out of every seven dollars spent on Medicaid goes toward fraud – one reason why the program has seen skyrocketing annual premium increases in recent years, and one reason why its hospital trust fund is forecast to run out of money within the coming decade.

In South Florida, CBS found that Medicaid fraud had replaced cocaine traffic as the most lucrative criminal enterprise.

Why would a program that’s ostensibly so vital to the health of the nation be allowed to pour so much money down the drain?

“Our oversight budget has been extremely limited,” the government’s top anti-fraud bureaucrat complained to CBS, revealing another flaw of the “public option.”

Whenever these government-run monstrosities break down – and they always break down – every American taxpayer is suddenly on the hook for the “bailout.”

Is this really the sort of system we want to expand – perhaps to include as many as 100 million new Americans? Of course not. But that’s exactly what would happen under the plan currently being debated in Washington.

Obviously, proponents of Obama’s socialized medicine proposal are very well aware of the public’s skepticism when it comes to supporting unsustainable entitlement programs – which is why they are hiding the greatest government power grab since the “Great Society” beneath a cloak of capitalist-sounding terms like “market principles,” “choice” and “competition.”

Don’t be fooled. The only “choice” Americans will receive in this “market” will be left exclusively to government bureaucrats, whose definition of “competition” is racking up exorbitant costs to provide substandard service – and then sticking you with an ever-expanding bill.